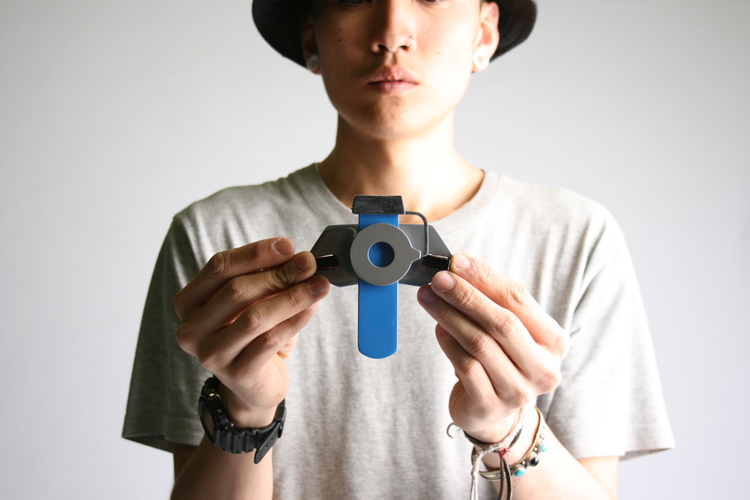 While many of us take medical treatment for granted – given our respective geo-locations, Jack Trew isn’t.

Born out of the desire to help people suffering from anemia in Africa, the British designer created the "Spokefuge".

Made using a 3D printer, the prototype basically  secures to the spokes of a bicycle wheel. And, when in high speed motion, it has the ability to separate the different densities.

As a result, the hematocrit can be measured to diagnose anemia, as well as other blood diseases such as leukemia and bone marrow failure. It’s that simple and effective.

The device is still in the development stages, while Trew seeks investors.

“Ideally, I want to generate enough investment to produce devices and take them to rural Africa and put them to the test. I’m happy for all the attention. But the real test will be seeing them work in the field.”

At the risk off sounding dour, it’s distressing to think, that such a noble cause as this, even has to pursue funding in the first place.

Over two billion people are affected by anaemia across the globe, this makes the blood condition the largest nutritional disorder in the world, 30% of all humans on Earth are thought to be anaemic.

The Spokefuge… a low-tech centrifuge designed for developing regions found across rural Africa. In utilising the continents favoured transport method, the bicycle; the device is able to provide a simple alternative blood diagnosis process that yields more accurate results.

The theory behind the device is quite uncomplicated, once sufficient blood samples are collected into the provided capillary tubes, they are to be placed in a rubber casing and inserted into the pivoting centrifugal ‘arm’ and sealed air-tight with a lid. Once a balanced number of devices have been attached to the rear bicycle spokes, the bicycle can be ridden in a fixed position for an average time of 10 minutes until the blood sample begins to separate.

This simple device has the potential to replicate the results produced by an expensive electric centrifuge in areas that are perhaps too underdeveloped or remote for modern medical equipment to be use. Africa does not need western medical donations, they need design specific to them.

I’m Jack Trew, a Birmingham based design student currently undergoing a BA (Hons) in 3D Product Design at the University of Birmingham City.

I’m never really content unless I’m taking over the wheel, challenging the status quo, pushing boundaries, wrecking tradition and in the long run, solving any design problem thrown my way.