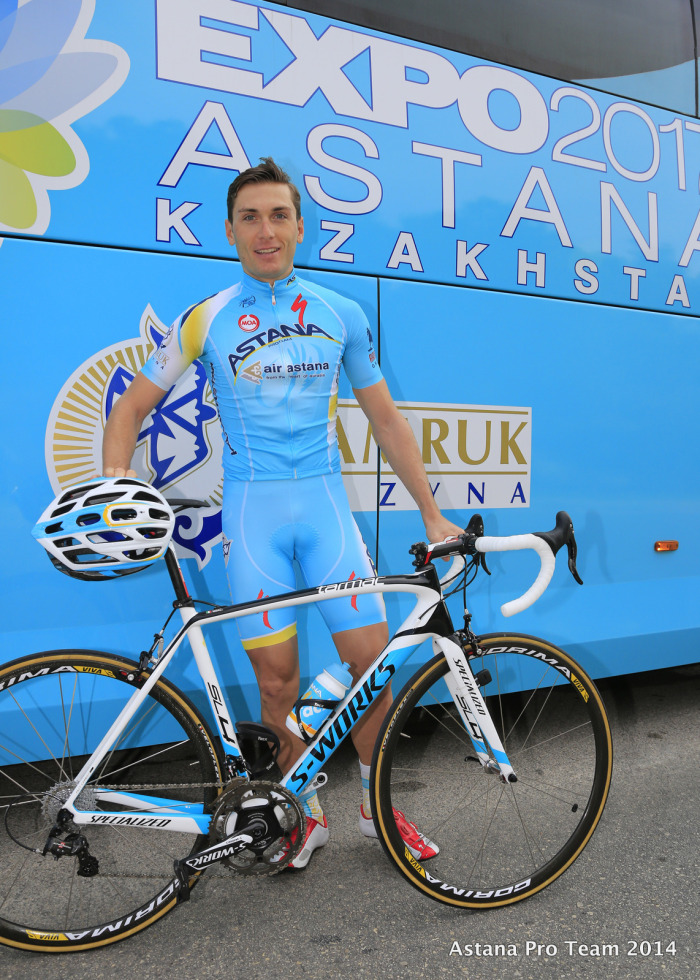 Andriy Grivko announced his week, that he’ll be auctioning the team bike he rode in this year’s Tour de France – with the proceeds going to help Ukrainian soldiers who were wounded during the conflict with Russia.

“It’s a pity to give up the bike, but I’ve been thinking about this for a long time,” Grivko told Ukraine’s Sport Online during a visit to Kiev. “I want to help the ATO fighters in our country’s difficult period.”

The Ukrainian rider says, it wasn’t easy riding a full calendar, knowing the problems that were occurring on his home-front.  His parents and sister live in Ukraine’s Crimea peninsula, where Russian-backed rebels gained control and pushed for annexation.

Although, Crimeans later voted to join Russia, the rest of the world viewed it as being nothing more than a falsely orchestrated plebiscite.

In fact, Grivko maintains that his people were prevented from voting otherwise.

“It’s difficult to concentrate on the bike when you know that your family is there,” Grivko told the French media during last summer’s Tour. “Our freedom and our security are in danger.”