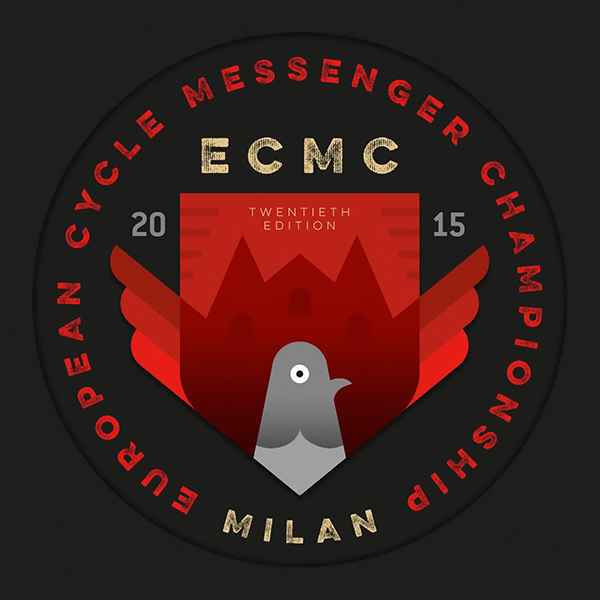 The European Cycle Messenger Championship was created to celebrate the passion and enthusiasm that thousands of bicycle couriers around Europe put into their daily work. Milan was entrusted by the entire European messenger community to organise the twentieth edition of this exciting event that attract participants from all over the world.

The event will take place during the 2015 Expo providing the perfect context for such a vibrant, unique and positive sports event.

12.00 Meeting at Ghisallo Museum with pre-ecmc group ride from Basel

13.00 Visit of the Ghisallo Museum

Ghisallo Museum – Madonna del Ghisallo is a hill in Magreglio, close to Lake Como in Italy. It is named after an alleged Marian apparition.

According to the legend, the Medieval count Ghisallo was being attacked by bandits when he saw an image of Virgin Mary at a shrine. He ran to it and was saved from the robbers. The apparition became known as the Madonna del Ghisallo, and she became a patroness of local travellers. In later times, Madonna del Ghisallo (the hill) was made part of the Giro di Lombardia bicycle race and has often featured in the Giro d’Italia as well.

Nowadays the shrine of Madonna del Ghisallo contains a small cycling museum with photos and artifacts from the sport. There also burns an eternal flame for cyclists who have died.

ECMC Party – Will be there a Photo exhibition about latest edition of ECMC, beers, food and an unofficial welcome party to introducing you all at the event.

Registration – You can register to all the ECMC’s events: alleycats, dispatcher competition, cargo race, main race.

Out of town – It is an alleycat just for "out-of-town" bike couriers.

Welcome Party – The ECMC welcome party will be held in the most important italian velodrome.

There will be music, beers, food and goldsprint competitions.

Main race The most important competition during ECMC.

Dispatcher team race 3 racers/3 phones, 1 dispatcher/1 laptop.
The dispatchers knows where the stuff goes, nobody else does…

Open forum Candidate your city for the ECMC 2016

Private Alleycat 5 The most important italian alleycat where every bike lover can ride and compete with couriers.

Be ready to ride on cobblestones, tram-railway, scooters and crazy italian drivers.

The race is held on messenger race’s course. The goods to be transported range in size from tubes to tables and palletts and require the racers to use a cargo bike or trailer.

Skid Riders try to cover the longest possible distance with their back wheel locked up. The rider who skids furthest wins.

Sprint 300 mt to show who is the fastest courier.

ECMC awards ceremony besides beers and music, winners will be awarded and the next Ecmc capital will be announced.