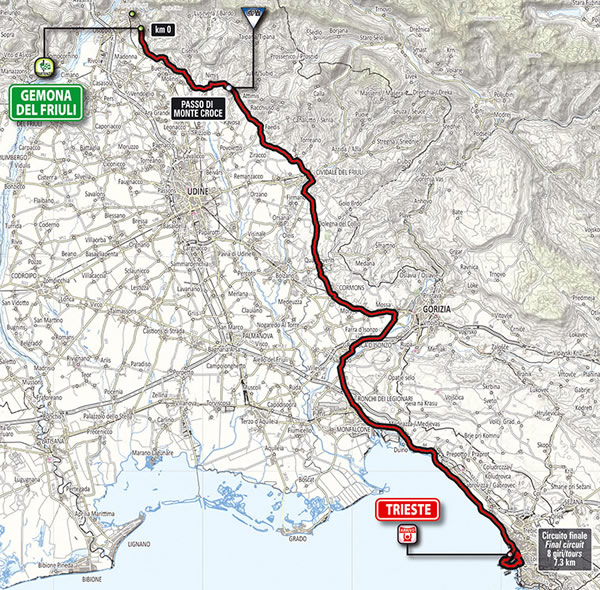 Nairo Quintana won the first Grand Tour of his career today, after claiming the overall victory in this year’s Giro d’Italia.

Meanwhile, Fabio Aru, was third overall, at 4:04 behind Quintana.

FDJ.fr’s Nacer Bouhanni secured the red jersey for the best sprinter after finishing the stage in fourth.

Julian Arredondo, was awarded the "King of the Mountains" jersey, while Quintana also won the white jersey for topping the young rider classification.

It was a largely processional final stage until the last 50km, when the sprinters picked up the pace during eight circuits of Trieste.

Quintana, the first Colombian to win the race, rode the final stage resplendent a pink attire, along with a pink bicycle, to celebrate his victory.

He finished safely in the middle of the pack, pumping his fist as he crossed the line before hugging his team-mates after getting off his bike.

"It’s really emotional," said Quintana. "I didn’t think there would be so many Colombians here today. It was incredible seeing how much support and how many banners there were.

"I’ve learnt to overcome adversity and to manage a team over three weeks, to be a leader."

Victory in Tuesday’s grueling 16th stage over the Gavia and Stelvio climbs was decisive, as he turned a deficit of 2:40 on Omega Pharma-Quick-Step’s Uran into a lead of 1:41.

But confusion over whether the descent from the summit of the Stelvio had been neutralized because of safety fears caused chaos and anger among other teams.