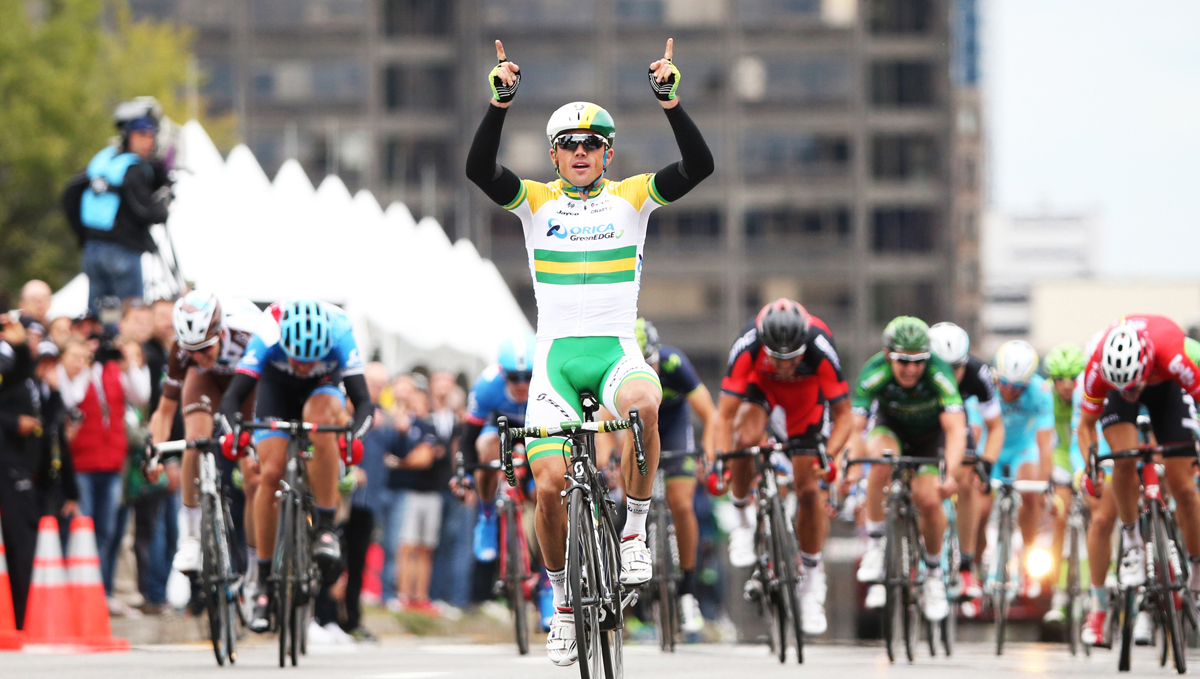 Simon Gerrans made history when he won the Grand Prix cycliste de Montreal on Sunday, two days after clinching victory in Quebec City to become the first rider to snatch the two legs of the Canadian World Tour program in the same year.

The Australian champion had already left his mark in Quebec City as the first man to win twice in the old capital but his show of strength in Mont Royal was even more impressive.

While his Orica Greenedge team-mates controlled the race all day and worked hard to quash the morning’s break, they retrained enough strength in the finale to form a train and lead their leader out to an undisputed victory.

World champion Rui Costa was strong too but the 2011 winner had to be content with second place while pre-race favorite Tony Gallopin of France settled for third.

"It was a perfect day because my whole team worked fine from the beginning to control the race, catch the escapees and in the end I also had team-mates left to lead me out for the sprint. It was perfect," Gerrans said.

"Every victory is special but to win both Quebec and Montreal is just unbelievable. It’s great to have two wins so close to the world championships. It shows my progression is just right," he added.

With a biting cold on the roads of Mont Royal, the peloton let them go and the four took their lead to a maximum of 12:05 after 50 kms.

Echelons took place after 69 kilometers when Movistar and Belkin upped the tempo to catch some of the favorites off their guard. Frank Schleck was the only prominent rider in the first part of the bunch until order was restored by Rui Costa and Simon Gerrans team-mates.

Astana riders took the reins from then on as the weather conditions led a few riders to call it quits like 2013 Vuelta champion Chris Horner, Tour de France stage winner Blel Kadri or Canada’s Antoine Duchesne.

In the 15th ascent of Camillien Houde, Jeannesson and Roth were unable to keep with Polanc and Vervaeke, who remained alone in the lead until the final two laps, when the Slovenian went on his own.

The action started in earnest in he last lap when Rui Costa attacked repeatedly, as did Belgium’s Sep Vanmarcke. But the countless attempts were all reeled in by Gerrans team-mates and the last kilometer saw the Orica Greenege train take shape and quash all hopes for their leader’s opponents.