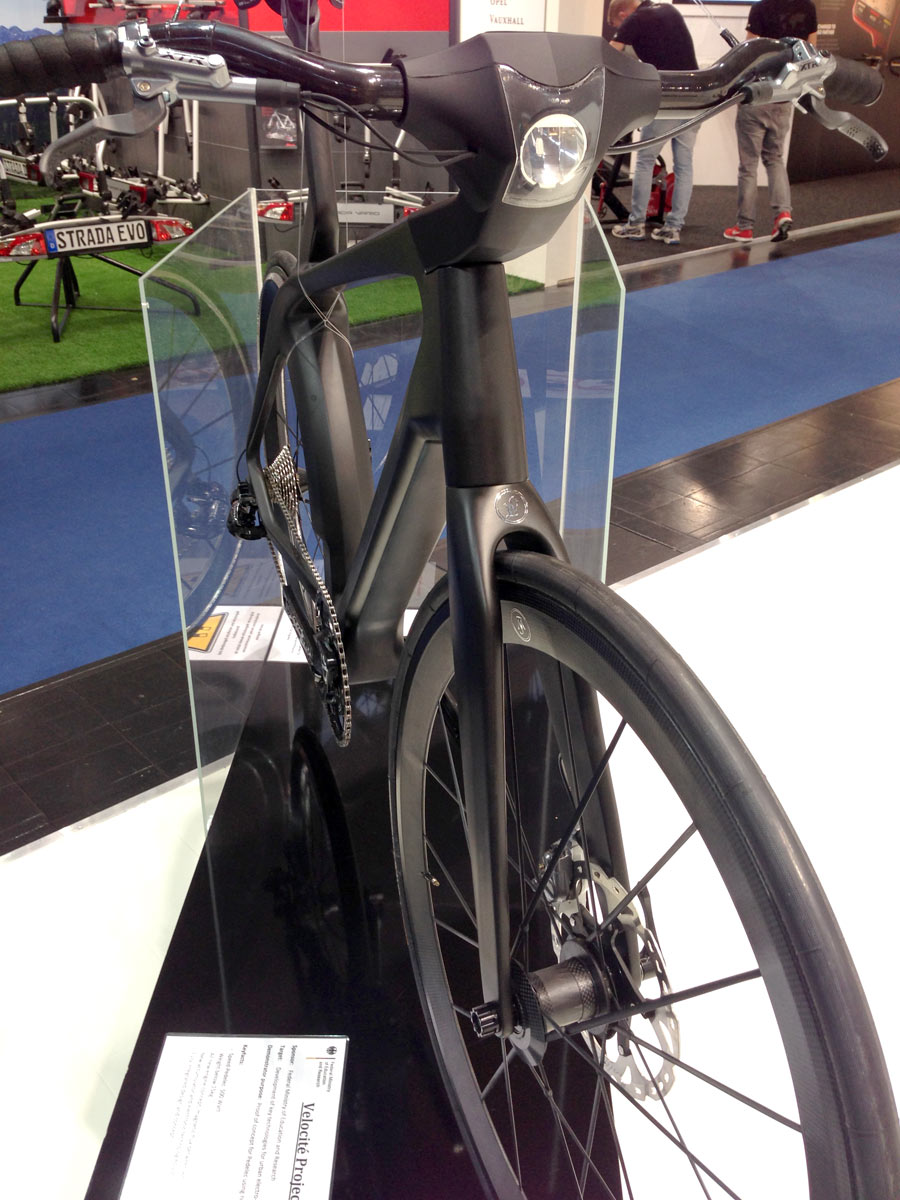 The "uber" Lords of carbon fiber, Lightweight, have taken a surprising departure from wheels, to collaborate in the development of a unique eBike called – the Velocité Project.

According to Lightweight, the project is the result of a grant obtained  from German Ministry of Education and Research, to help progress the future of urban electro-mobility. Thus, the name of the grant – "Transform: Mobility into eXcitement".

Lightweight partnered with CarboFibretec to create the visionary bike that was unveiled at this week’s EuroBike show.

Rather than using an existing e-motor and battery system, the team created an all-new ground-up design, which yielded a motor system contained within the rear wheel itself. Specifically, by including a ring of magnets where a braking surface would normally be located, the wheel actually becomes the motor’s "rotor", which is driven by a series of wound magnetic coils that make up the "stator", which is incorporated into the oversize seattube.

In total, the project enlisted the participation of five partners, two from the commercial product sector and three academic engineering research groups:

It will be interesting to see if such an intricate and elaborate concept will ever come to fruition. Given the current critical significance of society seeking  alternative means of transportation, along with countries hoping to reduce their dependency on fossil fuels, it could just happen.  🙂