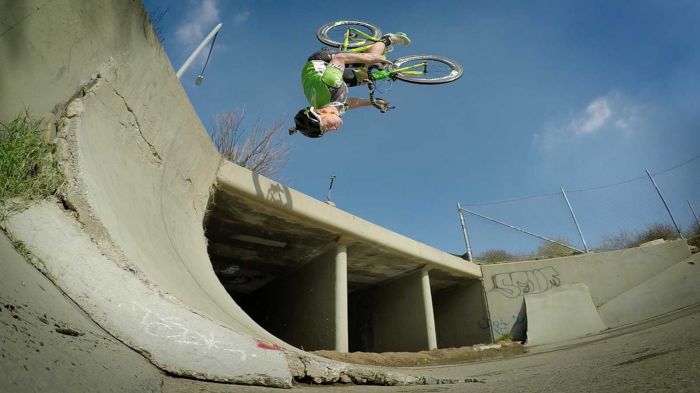 Trials and mountain-biking legend Martyn Ashton has released Road Bike Party 3, the first complete film in the series since Ashton’s 2013 accident which left him paralysed from the waist down.

Ashton said: “California was great, but the main change is moving away from the trials riding of the first two.

“That’s down to one reason – dirt jumping is more extreme. We wanted to see just how much punishment the Ridley Noah could take and it turns out it was a lot.”

Pilgrim had never previously ridden a road bike and said: “It was scary at times, especially using dropped bars.

“There’s a scene where I ride across a tree. I’m not a trials rider and the second attempt saw me face-plant. I almost lost another tooth.”