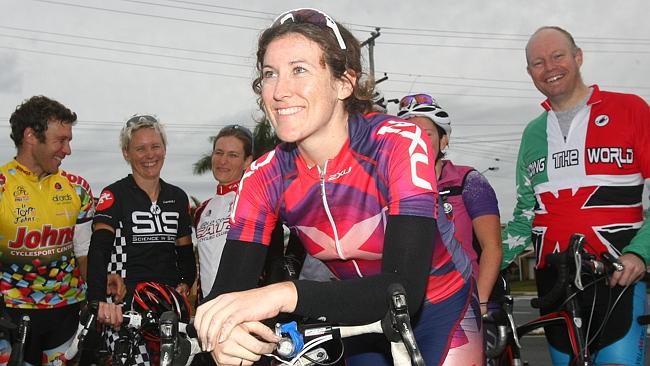 Olympic gold medalist, Sara Carrigan, is being sued $750,000 as the result of a cycling accident that occurred during a "group" ride at her Australia based cycling school.

According to the report, Bernie Elsey Jr. has filed a lawsuit claiming that he was injured while participating in a cycling event that was held by Carrigan Cycling and another cyclist Stephen John Milligan.

In May of last year, Elsey was participating in one of Carrigan’s ‘Go for Gold Cycling Group’ rides, when he was involved in a crash with the aforementioned cyclist.

In the suit, Elsey alleges that Mr Milligan failed to stop in time at a set of traffic lights when he crashed into him. As a result, Elsey claims that he suffered personal injury after he fell onto the roadway.

As a result, Elsey was treated for fractured left femur, which required a steel rod to be permanently placed in his leg.

Once he was released from the hospital, Elsey spent three months in a wheelchair, before transitioning to crutches for another month.

Elsey claims that he now has restricted movement in his leg, and deals with chronic pain.

Elsey’s suit claims that Carrigan’s cycling school breached its duty, by failing to ensure that  Milligan had "satisfactory training and experience to ride safely in the group ride on that day", and that he “should have been removed from the ride’’ when it became clear he was riding recklessly.

Elsey told media that it was an “unfortunate accident’’, for which he paid dearly in the aftermath of.

“I lost my house as a consequence of the whole accident as I was unable to pay the mortgage,” he said.

“I’m just trying to get back some quality of life.”

He said the claim against the school was nothing personal against Sara Carrigan, and said her school was one of the safest places for group riding.

Carrigan declined to comment on the case, while she seeks legal advice.