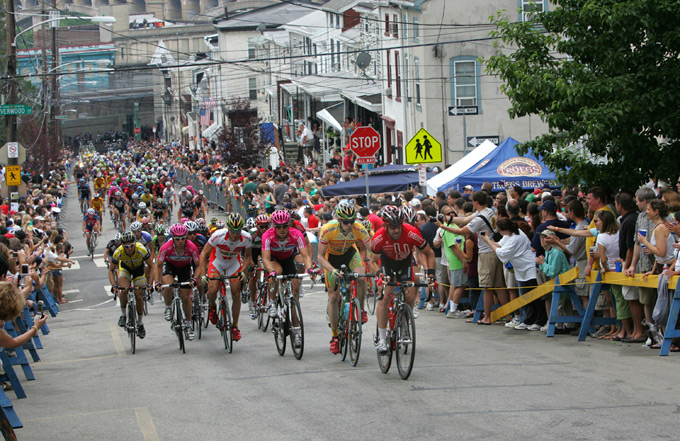 In a move that is sure to make the heart’s of cyclists in Philadelphia beat all the more,  Mayor Michael Nutter has established the City’s first-ever Philadelphia Bicycle Advocacy Board.

Mayor Michael A. Nutter signed an Executive Order establishing the Philadelphia Bicycle Advocacy Board, which will advise the Mayor on ways to promote and protect recreational and professional cycling in the City of Philadelphia.

“My Administration has led the way in efforts to make our city more bike-friendly since day one,” said Mayor Nutter. “The city now has more than 500 miles of bike lanes. We will be launching a new bike-share system next spring, and this past July my wife, Lisa, and I led a delegation of business and cycling leaders on a trade mission to France to promote cycling in Philadelphia. Cycling is about more than just physical activity or transportation; it’s about youth development, sustainability, healthy living and an overall economic impact on metro regions. The City of Philadelphia is poised to emerge as one of the Nation’s great cycling cities and this Board will increase the ways in which the City is already promoting this great sport.”

Mayor Nutter also announced that the City of Philadelphia will host a Union Cyclist International (UCI) Women’s World Cup series event, which is being rebranded as the Women’s Professional Road Cycling Series. The Parx Casino Philly Cycling Classic will join an elite group of cycling events in the series, becoming the first event in the series in the United States. Notably, the Parx Casino Philly Cycling Classic is one of few international-level races that offer equal prize purses to the men’s and women’s race winners.

The Philadelphia Bicycling Advocacy Board will: advise the Mayor on ways to promote bicycling among Philadelphians and on public policies that effect cyclists; foster volunteer efforts that promote cycling and maintain cycling trails; encourage private sector support of cycling, especially among Philadelphia employers; and promote national and international races in Philadelphia to attract the most elite cyclists to compete in the city.