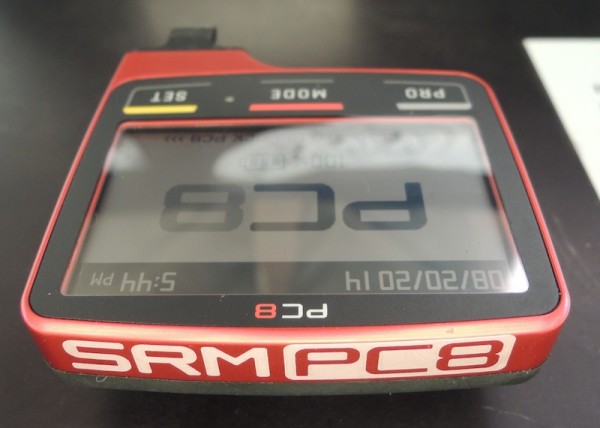 According to SRM, the PC8 unit has been designed with "training" in mind — giving cyclists a large screen for greater visibility, to include an LCD screen made by Sharp – which features auto backlighting for night riding or situations with less than ideal lighting.

In addition, SRM has bolstered the PC8’s functionality with wireless transfer capabilities for easier downloading, as well as internal sensors that now include GPS, Wi-Fi, Bluetooth Smart, and ANT+, which allow for the use of third party devices such as heart rate monitors.

According to SRM, the PC8 is hand-built at the company’s facility in Colorado Springs, and it will be available for pre-order at this year’s InterBike show next month, with expected retail availability in December.