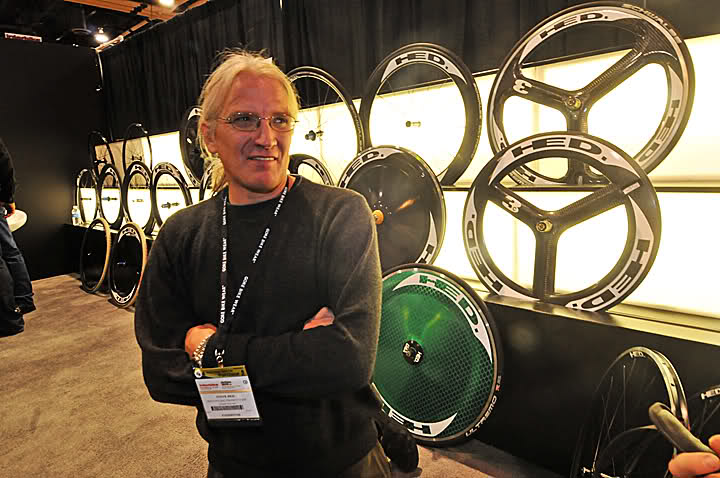 The man who helped shape the future of wheel technology, with a brand that became synonymous with performance, has died.

Steve Hed, the founder of the wheel company that bore his name, HED, died today at age 59.

Hed was hospitalized last Thursday, after being found unconscious outside of his facility Shoreview, Minnesota.

Hed was subsequently taken to the hospital, but he never regained consciousness. He was removed from life support yesterday, and died this morning, according to sources.

Hed is survived by his wife, Anne, who is the company’s CEO, as well as two children — Rebecca and Andrew.

According to a biography provided by the company, Hed started in the bike industry as the owner of a small retail store in the Twin Cities area, called Grand Performance.

In 1985 he founded the wheel company with a focus on supplying the triathlon market.

"While many of his competitors ebbed and flowed in the ardency of their attachment to aerodynamic wheels, or changed ownership or focus or were absorbed by larger companies, Mr. Hed was not compelled by an exit strategy. He enjoyed doing what he did for a living," the biography said.

The company’s toroidal rim shape was licensed by Zipp, and in recent years, Hed was one of the pioneers and proponents of wider rim shapes, adopted by much of the industry.

Many a cyclists such as Lance Armstrong , Levi Leipheimer, Chris Horner and others, turned to Hed for aerodynamic fitting and advice.

"No doubt the loyalty shown Steve Hed flows from the loyalty he exhibited first," the company said. "Stories have been told for decades of Mr. Hed quietly continuing to send stipend checks to athletes for years after those athletes retired, well after they could provide any benefit back to the company."