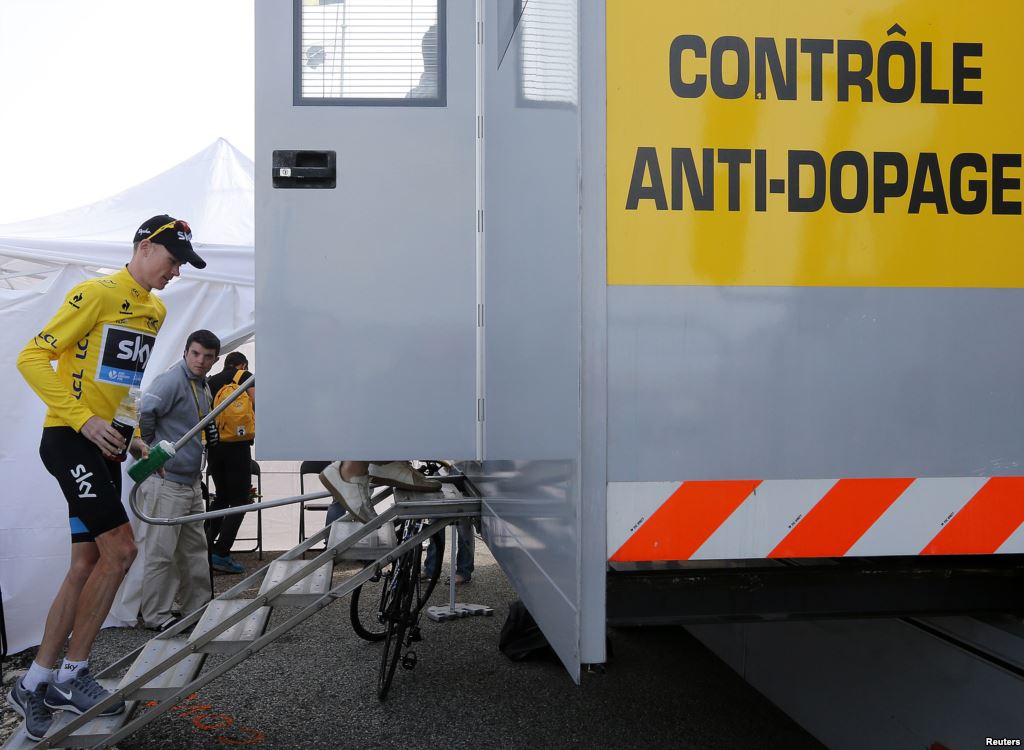 Earlier this week, the French newspaper, Le Journal du Dimanch, heaped calumny on the UCI for it’s handling of Chris Froome’s TUE procedure (therapeutic use exemption) regarding his use of corticosteroid prednisolone to treat a chest infection during last month’s Tour de Romandie, for which he won by 28 seconds over Simon Spilak.

Under WADA rules, teams normally have to apply for a TUE 21 days in advance. However, if the UCI deems a situation acute, it can relax it’s procedure and allow treatment. Still, according to WADA’s requirements, an expert committee of at least three individuals are required to make that determination.

However, the report revealed that in the case of Froome, the UCI failed to follow proper procedure, and instead relied solely upon the decision of one of it’s medical advisors – Dr. Mario Zorzoli.

“The UCI does not have the committee of experts as has long been required by the World Anti-Doping Agency rules,” the newspaper reported. “It’s the sole responsibility of Zorzoli to grant these authorizations that — as in Chris Froome’s case — can aid performances.”

“We’re concerned about the UCI’s TUE process". "They need to quickly fix the shortcomings identified in this case.”

“So: nobody cheated, nobody lied, nobody got exceptional treatment. Procedures in place were followed".

“As an immediate measure, the UCI confirms that from now on, all TUE decisions will pass through the TUE committee.

Chris Froome and Team Sky have dismissed any favoritism in this case.