Vinokourov and Kolobnev Charged with Bribery 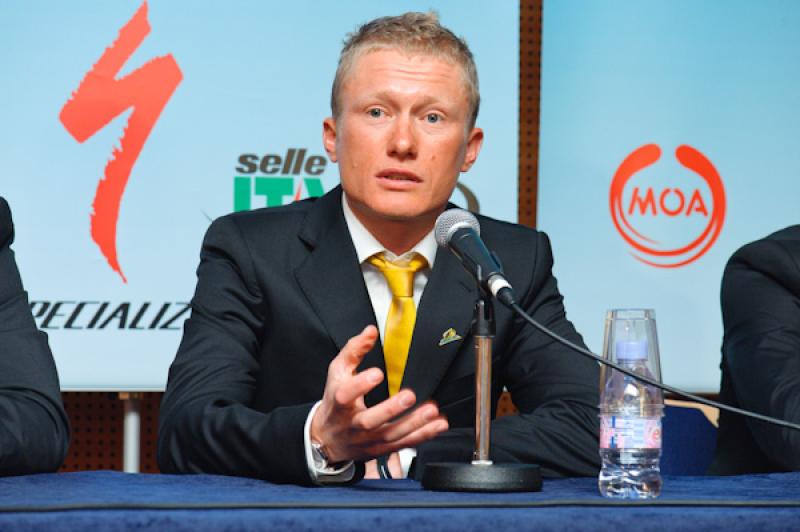 According to the Belgian media, Alexandre Vinokourov and Alexandr Kolobnev have been charged with bribery by Belgian justice authorities, and both men will face trial later this year.

The now retired, Vinokourov, is accused of paying Kolobnev, who is currently a member of the Katusha team, 150,000 euros to allow him to win the 2010 Liege-Bastogne-Liege  classic.

Vinokourov, who is currently managing the Astana team, allegedly made the offer to Kolobnev as they geared up for the sprint finish.

According to reports, investigators possess several email exchanges which detail 150,000 euros being transferred from Vinokourov’s Monaco account to that of Kolobnev’s in Switzerland.

Vinokourov, who was eliminated from the 2007 Tour de France for blood doping (which ultimately led to the entire Astana team to leave the race), has always denied the accusation and claimed it was a loan.

However, Liege prosecutor, Philippe Richard has charged the two,  and the trial is set to take place in a few months’ time, according to the Belgian newspaper SudPresse.