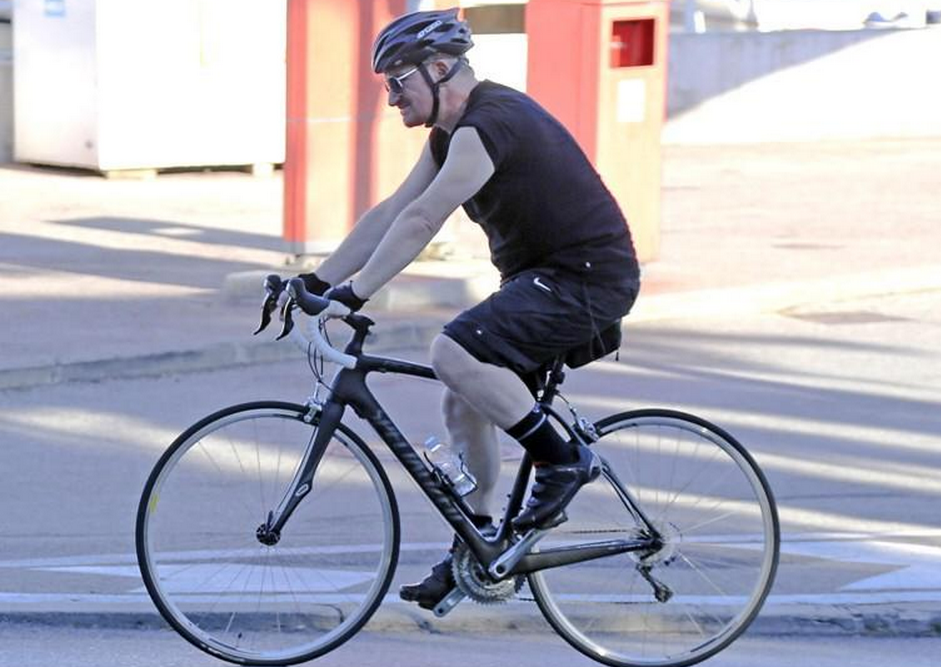 Bono and Tonight Show host, Jimmy Fallon, were spotted outside of Rockefeller Center studios last weekend, spoofing the U2 frontman’s bike accident that occurred last fall, which left him unable to perform and possibly ending his ability to play the guitar.

Nearly six months after the accident in Central Park, Bono got back in the “saddle” to record a “Tonight Show” gag — in which he gets “struck” by a van.

The spoof was filmed outside “The Tonight Show’s” studio on Sunday, ahead of U2’s scheduled Friday appearance on the show.

In the  skit, Bono is seen being struck by a van, albeit a dummy, wearing all black and his signature wraparound shades.

The bicycle is seen crumpled under wheels with the dummy sent flying and flattened.

Then, in a bit of TV sleight of hand, Bono took the dummy’s place on the ground and comically nursed his “injuries.”

However, it was no laughing matter back in November, when the 54-year-old Irish rocker crashed his bicycle for real, injuring  right eye socket, shattering his left arm and damaging his elbow, shoulder blade and hand.

As a result, he underwent five hours of emergency surgery.