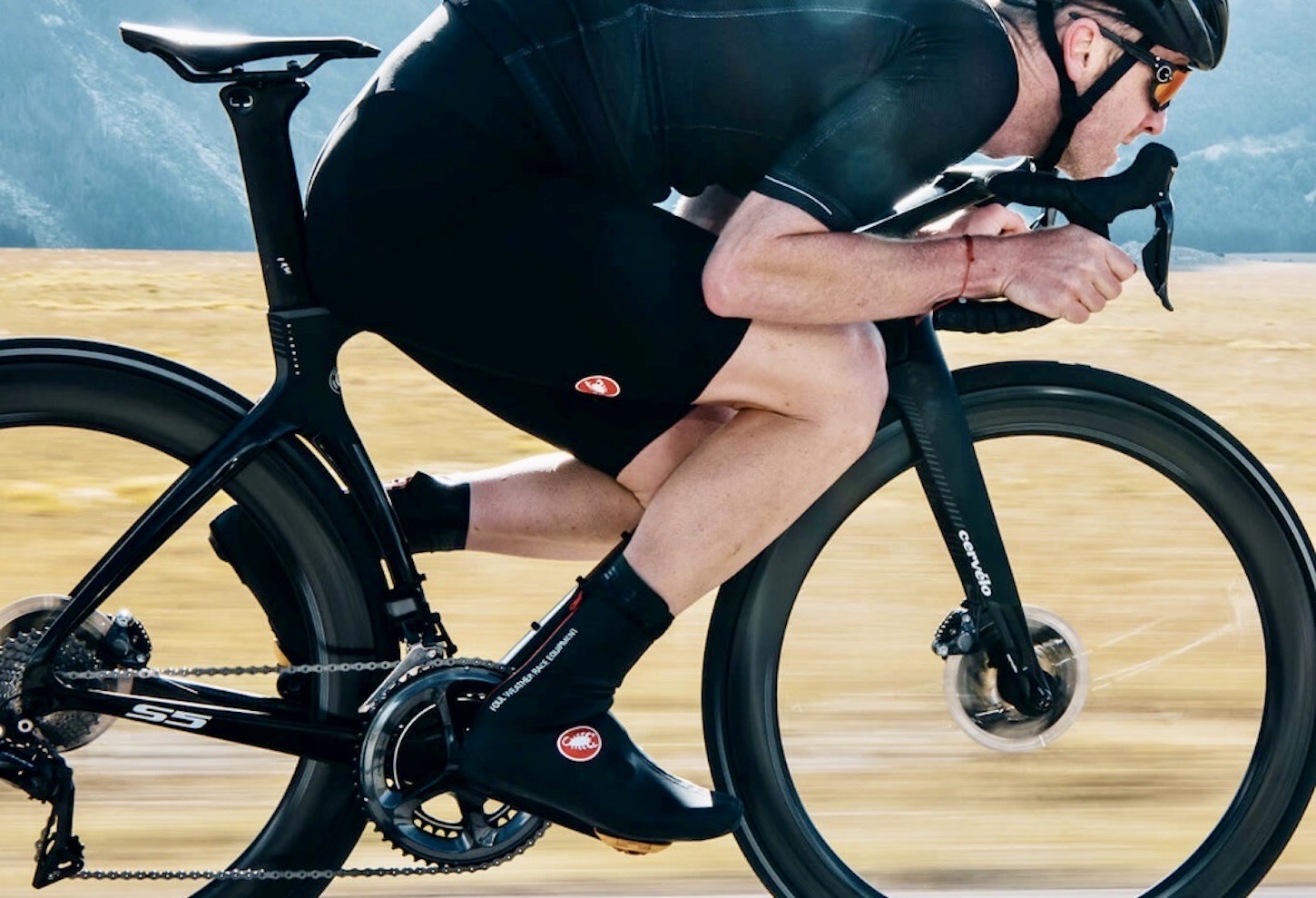 Cervélo has updated its R5 road bike, shaving weight and reducing stiffness in key areas to yield a frame that tips the scales at a feathery 703g, a remarkable feat for a rim brake frame, let alone a disc brake variant.

According to Cervélo, feedback from WorldTour pros was instrumental in the revamping of the R5, particularly when it came to redesigning a more compliant fork.

“So, with the new fork, we kept the lateral stiffness where it was, but we dialed back some longitudinal stiffness, where the majority of the ride feel comes from,” says Scott Roy, head engineer.

In keeping with the current trends of integration, the R5 makes all cables and hoses begone thanks to the same system used on Cervélo’s Caledonia, which relies on the brand’s HB13 handlebar and ST31 carbon stem to create a nice, clean aesthetic, along with the company’s split spacer system that allows for the easy adjustment of stack height.

With the hoses and cables out of the way, Cervélo was able to eke out some more aerodynamic gains courtesy of a taller headtube, adding anywhere from 10mm to 15mm to the previous sizes, while also slightly reducing the surface area of the downtube to create greater stability along descents.

Additional features that highlight the R5 include lowering the junction of the toptube, seattube and seatstays by 15mm, making the frame more compact and exposing more seatpost for added flex, while clearance has been increased to accommodate tires up to 34mm.