Copenhagenize Index Names the Most Bicycle Friendly Cities in the World 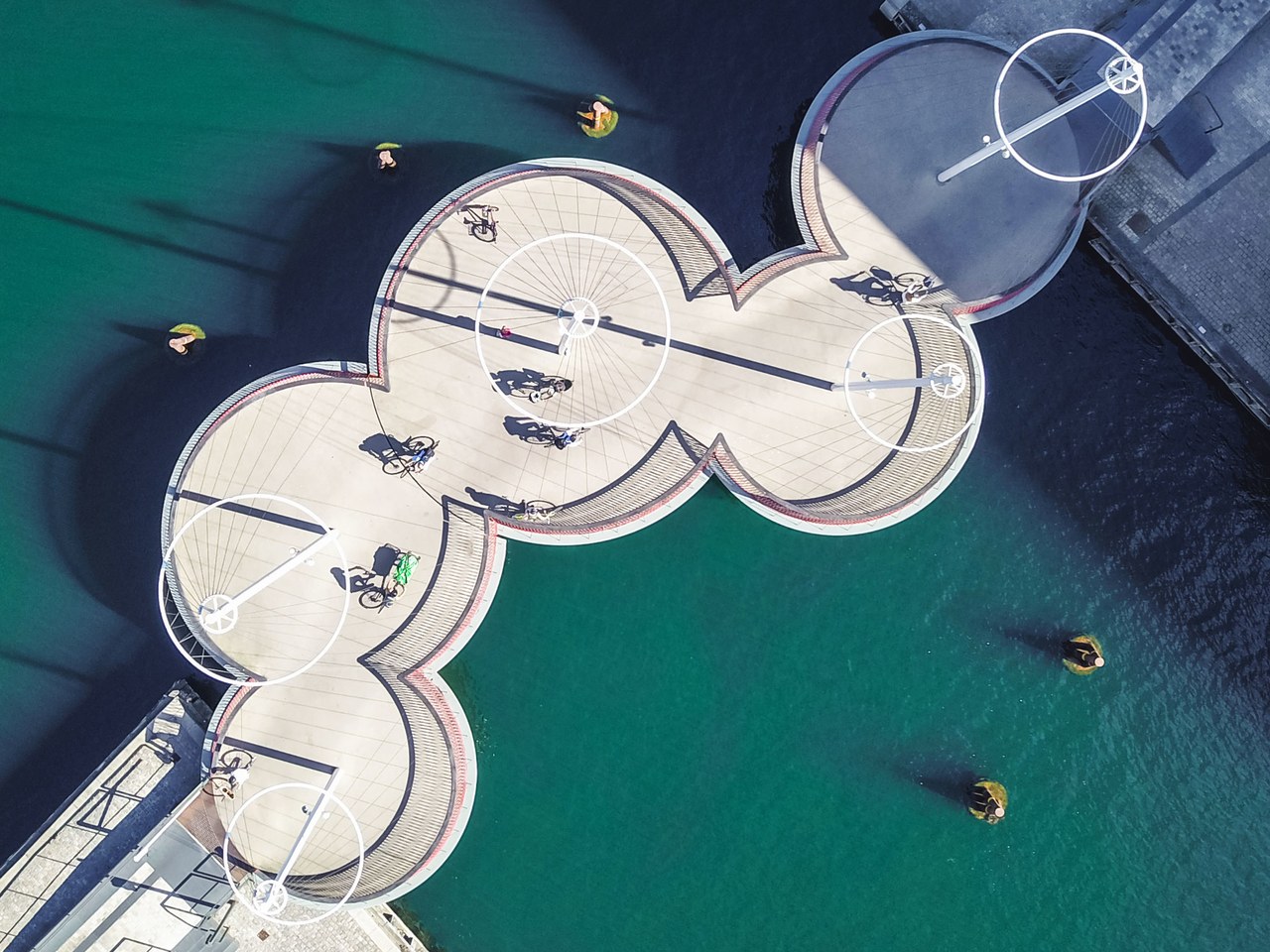 The Copenhagenize Index is the most comprehensive and holistic ranking of bicycle-friendly cities in the world. As the fifth edition of the biennial Index since 2011, this year’s effort was made possible through months of intensive teamwork, research and outreach. Creating an inventory of urban cycling in all corners of the world is no small feat – and this year we are as excited as ever to share the most fascinating cycling stories from across the globe.

With each iteration, the Copenhagenize Index evolves. This year, we have again expanded the total number of cities to examine well beyond the 80 we ranked in 2011. The data set continues to grow year-by-year and accounts for hundreds of cities representing every region of the world.

2019 offers up a number of surprises yet again. The three-horse race at the top is as close as ever, with Utrecht being nudged back down to #3 by Amsterdam taking the 2nd position with its bold steps taken in the past years. Meanwhile, Copenhagen continues impressive investments and innovations for cycling to hold onto the #1 spot, but for how long, no one knows. All three of these cities remain role-models for all of the friendly competition below.

The second pack sees a tightening gap between Antwerp, Strasbourg and Bordeaux, as these three cities all strive for greater and greater bicycle friendliness. And at the lead of the third pack is Oslo – the bicycle urbanism darling that shot up in ranking over the last 4 years to an impressive degree.

This year also sees a number of new faces from all over the world on the Top 20 like Bogotà, Bremen, Taipei and Vancouver – newcomers that are showing other cities how possible it is to make our urban centres better for the bicycle. The margins between cities in the third pack of the Top 20 are tight, and those that are innovating, investing and pushing forward with political and citizen action every year, see results in the Copenhagenize Index. Just outside of the Top 20 sit a number of cities all on the cusp of breaking through, each one requiring that sustained investment and implementation of bicycle innovations to see better rankings in 2021.

This year, we have also added a new section called “Success Stories” – sharing a number of inspirational bicycle stories from around the world, outside of the Top 20. These stories show us how bicycle friendliness can come in many shapes and forms, with each new step offering critical utility to the urban citizens that need it.

The 2019 Copenhagenize Index shows the world that it is no longer only the Danish and Dutch cities that are really taking the bicycle seriously. Through a combination of ambition, culture and better streetscapes, cities all around the world are starting to push the envelope for what it means to be bicycle-friendly.

Early in 2011 a discussion arose at Copenhagenize Design Co. about which cities really are the best cities for urban cycling. Professional curiosity was the catalyst for developing this Index. We work with a diverse many cities to help them improve their bicycle friendliness, and thus wanted to be able to offer an international benchmark in order to determine the best and most effective methods for reestablishing the bicycle on the urban landscape.

The Index was originally meant to be a tool for internal use in the company but we quickly realised that the Index was perhaps worth releasing to the public. The scoring system and the criteria remain unchanged. We only publish the Top 20, since we use the Index in our work. This year, we have added a number of success stories of cities outside of the Top 20, to shed a light on emerging and exciting work in lesser-known global cycling hotspots.

The success, reactions and reach of the previous indices show that cities ARE interested in measuring their progress around bicycle transportation issues. The overwhelming responses we receive about the Index are constantly encouraging – a real indication that people care about their cities and want them to be healthier, happier and more convenient.

The bicycle makes sense in our cities. Investment in bicycle infrastructure is a modern and intelligent move for a city to make. An overwhelming amount of global research shows us the social, economic, environmental, and health benefits that come from urban cycling. With rising urbanization, our cities need modern mobility solutions and the bicycle proves time and again that it can offer results.

The Copenhagenize Index gives cities points for their efforts towards reestablishing the bicycle as a feasible, accepted and practical form of transport. Countless cities around the world are taking up the challenge of modernising their public realm, to chip away at the decades of auto-oriented street design – implementing bicycle infrastructure, better policy, bike share systems, restricting car use and more. These actions are catalogued and coded in order to paint a holistic picture of bicycle-friendliness across the globe. That is the Copenhagenize Index.

To summarize our process:

The 14 scores taken together are effective at determining the bicycle friendliness of any given city, showing what’s been happening on the ground in the two years leading up to the ranking. The bonus points allow us to highlight extra efforts that are difficult to see in the parameters. For example, a city may score down the middle on politics because the mayor and other politicians are promising infrastructure. Bonus points can assist in determining the level of the political will and the scope and timeline of the proposed work. Once the infrastructure starts being built, the city will score higher in the infrastructure parameter on the following ranking.

1. Bicycle Infrastructure: Higher scores are awarded for cities where bicycle users enjoy a high level of protected and separated bicycle infrastructure on a high-quality and well-maintained network that covers most of the city. On low-speed streets without cycle tracks, bicycles have the priority. A network of cycle highways connects the city to its metropolitan area.

2. Bicycle Facilities: Higher scores are awarded for cities where the bicycle enjoys a high level of ease-of-use and bicycle racks are available wherever they are needed – which is pretty much everywhere. A high level of services are in place. Signage is uniform, well-designed from a graphic design point of view and features prominently.

3. Traffic Calming: Higher scores are awarded for cities where bicycle users and pedestrians are prioritized over motorised traffic and their safety is considered first; low speed limits, traffic calming measures and campaigns directed towards motorists are well-established.

4. Gender Split: Higher scores are awarded for cities where a rather equal gender balance of bicycle users is observed, or even more women cycle than men.

5. Modal Share For Bicycles: Higher scores are awarded for cities where bicycle modal share is higher, ranging from 2% to 25%.

6. Modal Share Increase over the last 10 Years: Higher scores are awarded for cities where bicycle modal share has increased the most, ranging from 0% to 7%.

7. Indicators of Safety: Higher scores are awarded for cities where official communications puts the responsibility of safe streets in the motorists hands. Helmets are rarely seen and the helmet-wearing rate is under 20%. There is little promotion of helmets and bicycle advocacy organisations are well-informed on the subject. In the event of cyclist deaths, legislation puts liability on motorist as a default, protecting vulnerable road users.

8. Image of the Bicycle: Higher scores are awarded for cities where bicycle traffic enjoys a high modal share and the bicycle is a respected, accepted and normal form of transport. Many children ride to school and citizens of all ages and abilities are seen on bicycles. Motorists are aware of the presence of bicycles.

9. Cargo Bikes: Higher scores are awarded for cities where the use of cargo bikes for private use and goods transport is well-established and perceived as a normal way to move people and things around the urban landscape. Cargo bikes are a normal and accepted sight in the city. High levels of goods transport happens on bicycles and families have access to several brands for private use. Facilities such as parking and wider cycle tracks to accommodate cargo bikes are commonplace. The local logistics industry use bikes for last mile transport.

10. Advocacy: Higher scores are awarded for cities where cycling organisation(s) actively encourage regular citizens to cycle by organising campaigns and events, as well as contribute to policy at local level.

11. Politics: Higher scores are awarded for cities where nearly all politicians are on board to develop high quality bicycle infrastructure. The political process for bicycle traffic and infrastructure is streamlined. Many politicians ride their bicycle to work.

12. Bike Share: Higher scores are awarded for cities where a comprehensive bike share programme is well-implemented and widely used all year-long with a more than sufficient number of bicycles and docking stations. Usage rates are generally high. If dockless shared bicycles are available, the provider and the local authorities have organised clear rules for parking, maintenance and the provider contributes to the City by paying a fee or sharing their data.

13. Urban Planning: Higher scores are awarded for cities where planners think bike first. A comprehensive network of infrastructure is in place and more is planned. Innovative ideas are tried and tested. The City probably has a dedicated planning office for bicycle infrastructure and their recommendations are taken seriously.

Producing the Index is a collaborative effort between our small but global team, with fourteen members of Copenhagenize Design Co. deeply involved in the making of this year’s edition: