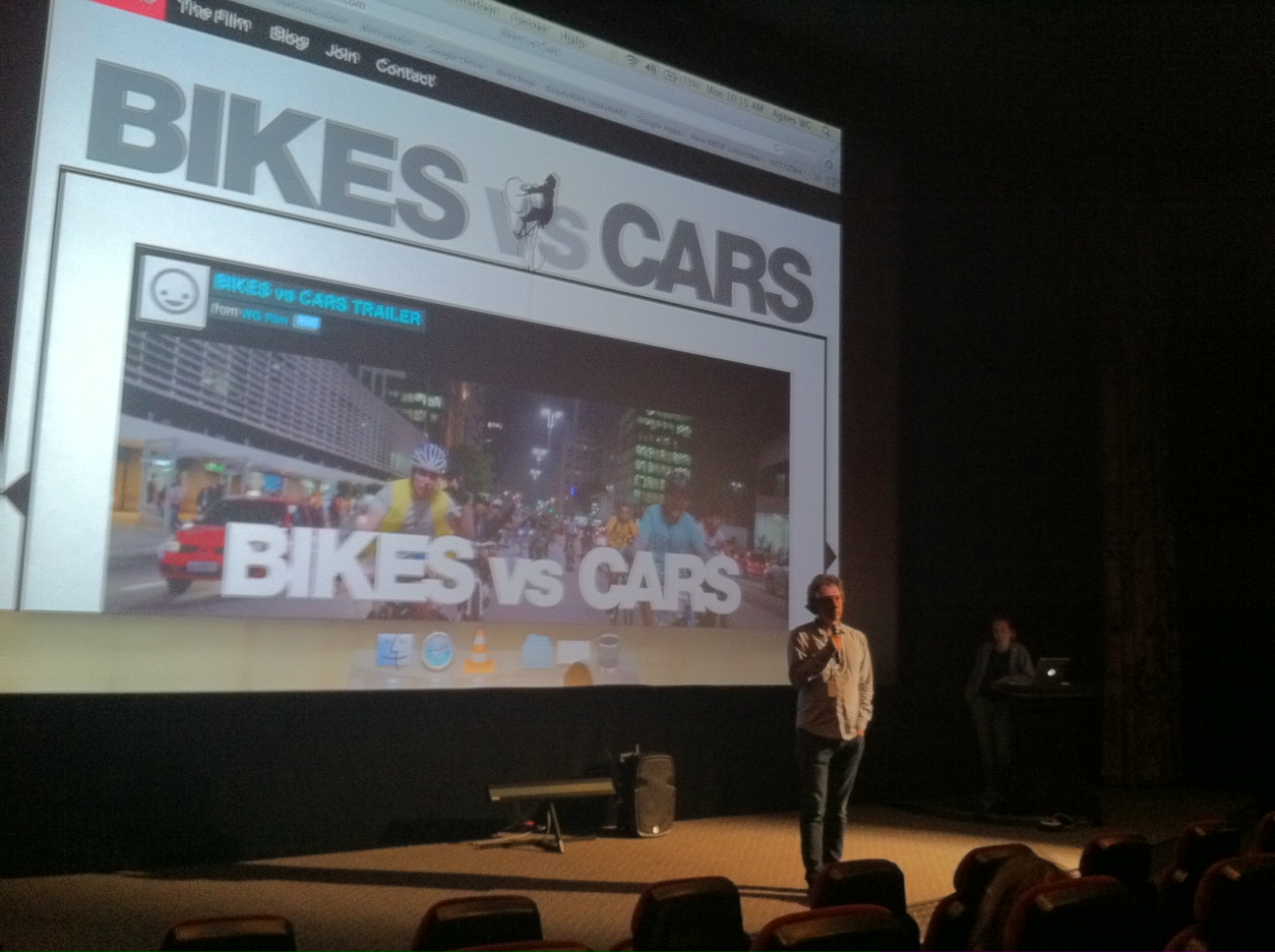 Bikes vs Cars is not only a film, we are a part of a global movement. This feature-length documentary, a work-in-progress aiming for 2014 release, is meant to be used an engine for all of us that think change is needed and possible. The film will investigate the politics that keep the car model thriving. Here’s a peak into the synopsis:

There’s an ongoing war: bikes vs cars. A multi-billion dollar industry that from early days has done everything to make society car dependent. Hundreds of billions of dollars are invested every year to sell the dream of car freedom. Now, oil prices and traffic gridlock have opened up room for bicycle revenge. Creative initiatives pop up, politicians and activists take on the mighty car. The car lobbyists have an enormous impact on city planning, in history and today. Do politicians dare to challenge the lobbyists?

The film will follow individuals around the world that are fighting to create change. We also meet a car commercial director, oil lobbyists and politicians afraid to lose the car owner’s vote.

A note from director Fredrik Gertten

“I was born in Malmö, Sweden, a city where the bike is the natural choice for going from one place to another. I’ve traveled the world wondering why there is so little space for bikes, why it’s so dangerous when it’s so much more fun to explore a city by bike. The car model as we know it has reached an extreme level with constant gridlock and millions of productive hours lost. The frustration is growing and cities need to look into new models.

The urban biking movement is growing. Beginning just for the passion, the freedom on the bike, it has evolved into a political movement asking for better city-planning, safe and separate bike lanes. We also suffer from the the anxiety of climate change, but we are at least doing something about it. In Copenhagen and Amsterdam forty percent commute within the city on bikes. Try to adopt that number to other huge cities in the world and you have an existing utopia.

What would happen to car sales and oil usage if other cities followed that example? It would be revolutionary. And here’s the conflict. The car industry is at the center of our economic system. They have money and investments to lose. For the car owners and commuters that have become so invested in their lifestyle, a change is painful. It’s a conflict that interests me. That’s why I’ve decided to take on this project. A project of passion.