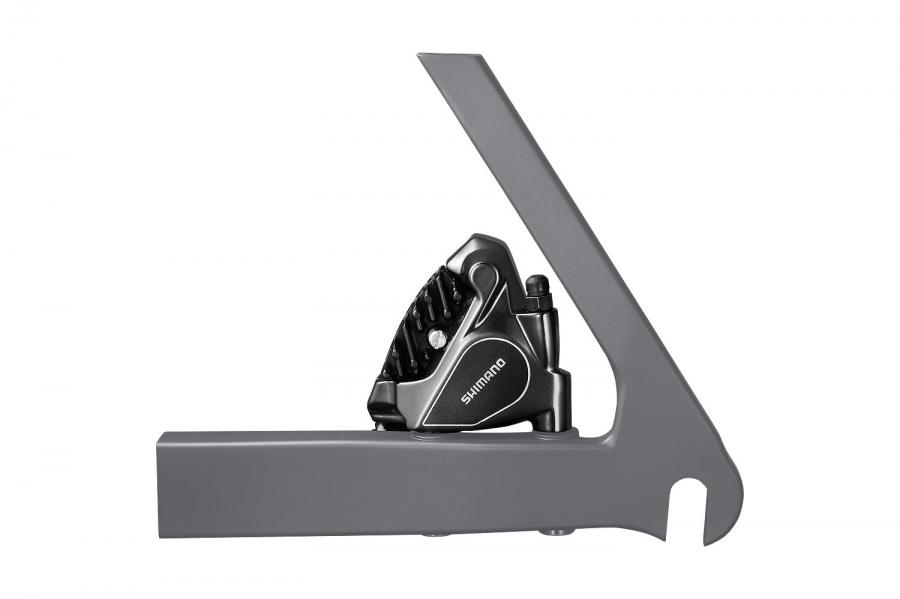 This has been the week for the “trickle-down” effect at Shimano, as the Japanese component giant announced today, that its 105 groupset will received hydraulic disc brakes, which were previously known only to its bigger brothers.

This year’s 105, will get the brand’s newly designed Flat Mount calipers, as well as new levers and rotors.

The new shifters differ from the current Ultegra-level ones, as a result of what appears to be newly shaped hoods and levers, along with adjustable reach – up to 10mm.

As far as the calipers are concerned, according to Shimano, they will sit flush with the frame and fork, as to create a more tidy and aerodynamic appearance.

“This new design allows consumers to move away from the mountain bike history and look, which has been used until now, using a method better suited to high performance road bike riding”, said Shimano.

Furthermore, the new calipers will make use of the same routing as the newer Ultegra layout does, wherein the brake the hose will now run down the inside of the caliper.

In addition, the new rotors, will use an alloy spider, along with Shimano’s ICE technology, which incorporates a layer of aluminum sandwiched between two steel outer layers – for the benefit of strength and rigidity.

According to Shimano, this also results in better heat dissipation and modulation across the boards.

Currently, the rotors are slated to only be available in a 140mm diameter. However, many seem to think that Shimano has plans to offer other sizes in the not too distant future.

No word on pricing thus far, but Shimano says the upgrades will become available in October, which for many will be spot on with the cyclocross season.