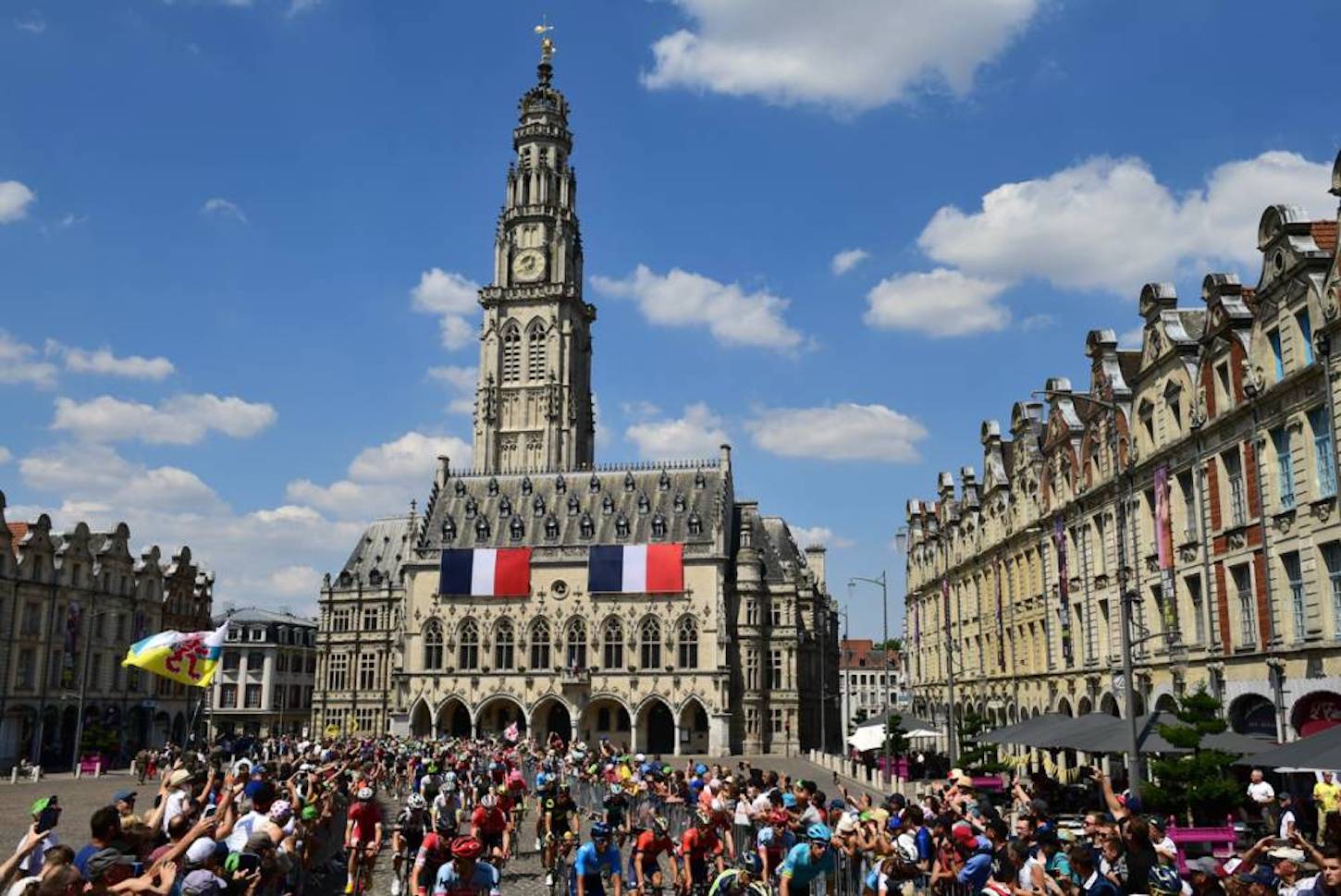 Porte was forced out of the race with a suspected broken collar bone after crashing before reaching the cobbled sector, while Degenkolb outsprinted Van Avermaet and Yves Lampaert to seize the stage honors.

The trio succeeded in riding clear with 20 kilometers to go, ultimately leading to a three-man battle with Degenkolb leading out the sprint with enough power to hold-off his rivals.

“I’m feeling pure happiness,” said Degenkolb, fighting back tears. “I’ve been chasing this victory for so long. It’s really hard to describe. It was a really hard day. We had a plan to stay out of trouble, and that worked out really well. I have been through a lot of things in the past, and had such a hard time.”

“I’d like to dedicate this victory to one of my best friends, who passed away last winter. This was for him. Everyone said I was finished after what happened [in 2016]. I’m so thrilled to get a big race victory.”

Today’s stage featured 15 stretches of pavé, the most cobbles in a Tour stage since 1983. Although the weather was warm and dry, that didn’t prevent a series of crashes and mishaps from affecting the overall race leaders.

Porte went down after just 10 kilometers, forcing the Australian rider to abandon the Tour for the second year in a row after suffering a shoulder injury.

Chris Froome and Geraint Thomas both crashed after Team Sky colleague Gianni Moscon went over on the cobbles, but were able to stay with the main group.

The riders now face a long transfer to Annecy, but have Monday’s rest day before the race moves into the Alps and the true battle for yellow emerges, albeit without one of its biggest likely protagonists in Porte.