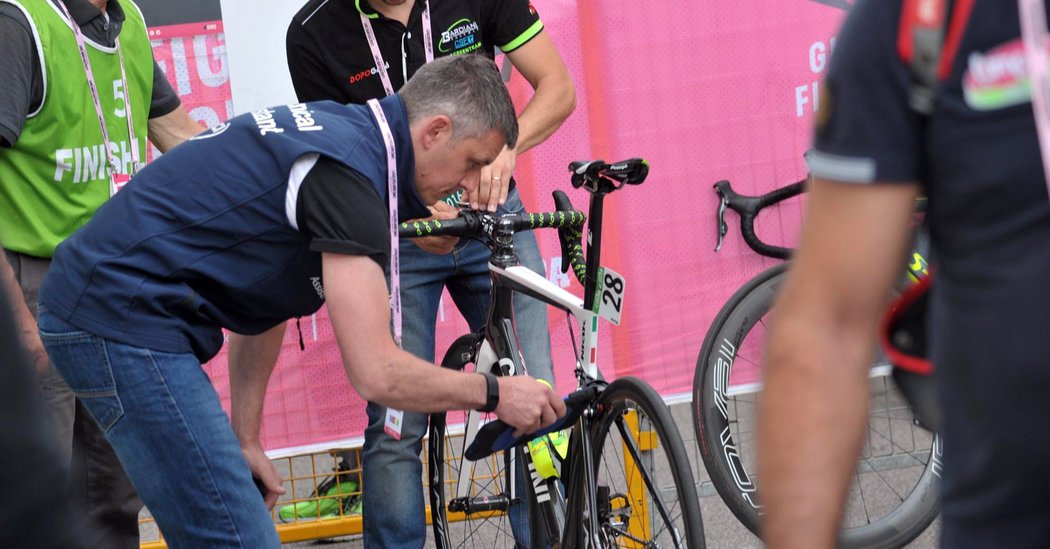 An amateur rider was caught using a motor hidden in his bike (i.e. mechanical doping) during at a small French race over the weekend, possibly the first case of mechanical doping in the country.

Acting on a tip from the French anti-doping agency on Sunday, local police arrested the rider, whose identity has not been revealed, after the race in southwestern France.

Local media said the 43-year-old man, whose impressive climbing abilities in a previous race had raised doubts, admitted to cheating.

“Unfortunately, the outcome of this operation confirms what we feared about the possible use of this type of fraud in the amateur world,” French cycling president Michel Callot said in a statement. “It is a real insult to our sport, and to all the competitors carrying out their activity in all honesty.”

“This identified technological fraud case in Saint-Michel-de-Double is reinforcing the FFC in its belief this type of action should be developed locally,” said Callot, adding that other “reliable and efficient technical solutions” to catch fraudsters should be developed.

Callot also called on the French sports ministry and the International Cycling Union to devise “a major action plan” with an extra attention to amateur events.”

Sources says, in addition to the French Cycling Federation, the French Anti-Doping Agency (AFLD) had also been monitoring the rider after a series of strong performances and a ‘striking’ climbing ability, with regional anti-doping counsellor and former professional rider Christophe Bassons playing a key role in stopping the rider escaping during Sunday’s investigation.

According to a report by French journalist Thierry Vildary, who has led a series of investigations into mechanical doping and who was with investigators when the rider was caught, the mechanical doping consisted of a rudimentary 250-watt Vivax motor hidden in the seat tube that drives the bottom bracket.

Vildary believes that more technologically advanced forms of mechanical doping have been used in professional races and has questioned the UCI’s use of a magnetic tablet device as an effective method of detection.

“He seemed surprised and then when I took out the bidon on the downtube, I saw the electrical wires,” Bassons told the French newspaper L’Equipe.

The rider’s bike was reportedly seized by local police and was stripped down to reveal the full extent of the hidden motor. He reportedly admitted to cheating.

Under French law, the rider could be prosecuted for sporting fraud, with French police keen to know how much prize money he had earned in recent races. If found guilty of mechanical doping he faces a lengthy ban from the sport.