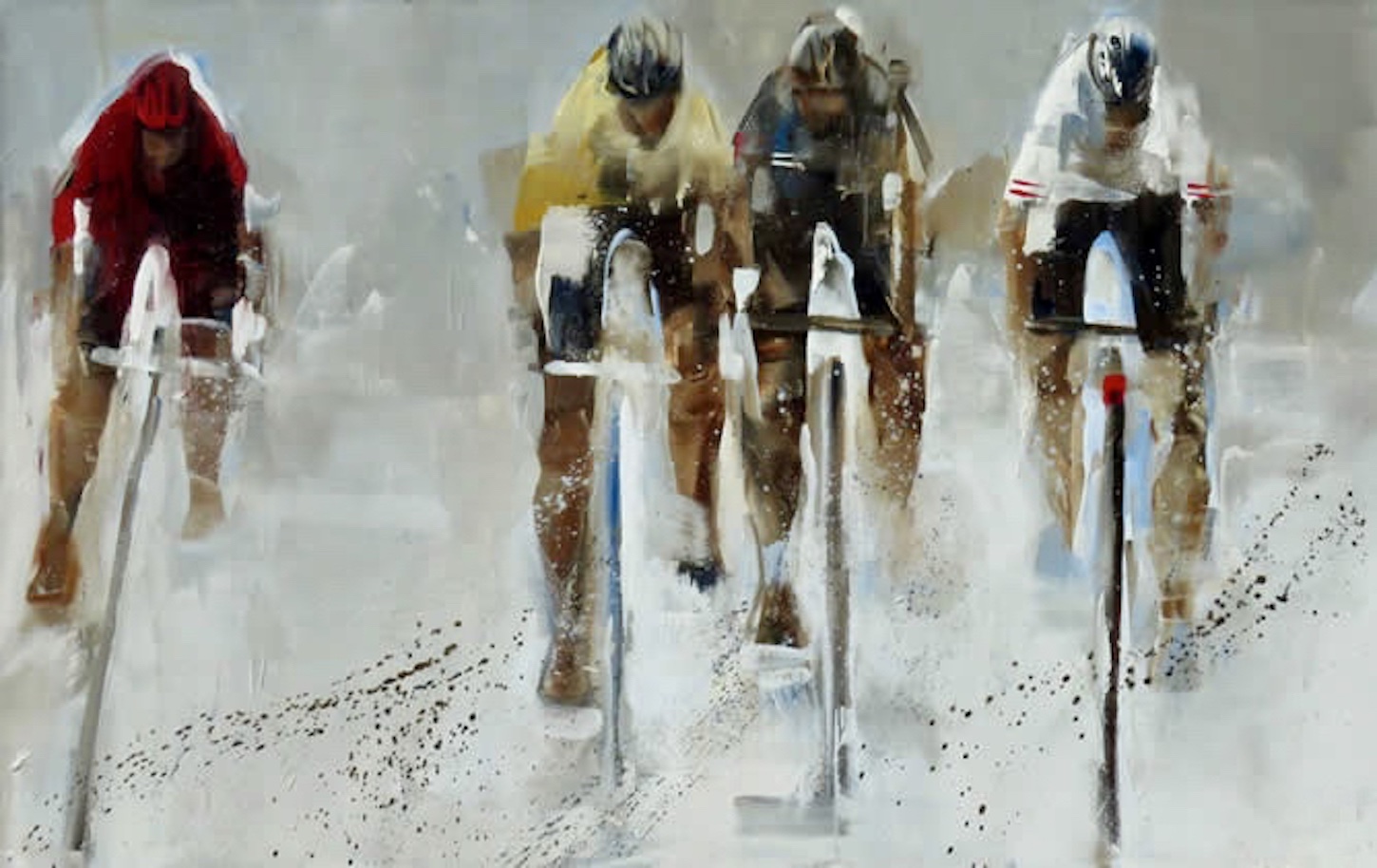 The Outer Line is the path often taken by cyclists who are unable to break into the lead-out train, but whose strength, resolve and tactical cunning can lead them to victory.We provide an independent perspective on the challenges facing the sport – and offer an objective forum for analyzing its key structural, economic, governance and ethical aspects.  It’s time to listen to new ideas and change direction. It’s time to take The Outer Line…

The Outer Line is written and edited by Joe Harris, Spencer Martin, and Steve Maxwell. We also have regular outside contributors, such as Dr. Bill Apollo and Dr. Paul Dimeo.

Joe Harris has been a business and IT consultant for over twenty years, providing strategic services and influential changes to a cross section of Fortune 500 companies.  Though his primary career focus is to apply simple, creative solutions to complex business problems, his second life is dedicated to growing the sport of cycling. Since 1992 he has worn almost every hat from operations manager in a national bike store chain (Performance), managed the Indiana University collegiate cycling club (1992-1993) through two of its three consecutive National track cycling championships, soigneur (Saturn Pro Cycling), tour guide in Europe (VeloSport Vacations), journalist and editor (Mountain Biking), and market analyst and team patron (Computer Sciences Corporation). He was a liaison between Team CSC and U.S. clients while with the firm, and served as its cycling market subject matter expert in the Consulting division. More recently he volunteers his time to organizations that seek to bring bicycles and bicycle manufacturing capabilities into developing nations, and has relocated to Belgium to stay close to the European racing scene. He can be reached at jharris2453@gmail.com and on skype and twitter as jharris2453.

Spencer Martin focuses on the intersection of finance, digital transformation, and gambling in the world professional cycling, analyzing the way in which these topics affect the economics and underlying foundation of the sport. He runs Martin Strategic Consulting, a business which develops e-commerce strategies for brands that help them find, unlock, and ultimately capitalize on trapped value. Prior to this, he worked at multiple cycling-specific e-commerce ventures like The Pro’s Closet and SmartEtailing, and has written for publications such as CyclingTips and VeloNews. He studied digital media and finance at the University of Kansas, where he forged a passion for the sport while racing on the cycling team, and he still loves participating in a wide variety of races. When he isn’t on his bike, he is a fanatical viewer of races and consumer of sports analytics, which he uses to bring a measured, logic-based approach to cycling coverage at his personal blog, Beyondthepelotonblog.com. He lives in Boulder, Colorado and can be reached at spencer@martinstrategic.com or on Twitter at @spencersoward.

Steve Maxwell is Managing Director of Tech KNOWLEDGE Strategic Group, a Boulder, Colorado-based consultancy which provides strategic planning and transaction advisory services to a broad range of companies in the global environmental services and water resource industries.  He has initiated, managed and completed dozens of corporate mergers and acquisitions for clientele in these businesses.  He has published hundreds of papers on water and environmental issues, is a frequent speaker on environmental issues, and has served on various corporate boards.  He is the author of The Future of Water (2011) – a comprehensive review of global water resource challenges and opportunities.  Mr. Maxwell is a Phi Beta Kappa graduate of Earlham College and also holds Master’s Degrees in both Economic Geology and in Public Policy from Harvard University.  Mr. Maxwell is an avid cyclist, and has been a student of professional cycling for many years. He is a part-owner of Pocket Outdoor Media, the parent company of VeloNews, and is a regular contributor to that publication.  In 2013, he became just the tenth American to climb Mont Ventoux from all four directions in one day, he has won his age group in the largest 10K race in the U.S., and he recently completed a 39-day cross-country bike trip. He lives with his wife Susan in Boulder, CO and Annapolis, MD and can be reached at smaxwell.bike@gmail.com, or via twitter at @smaxwell_bike.

We have no financial interest whatsoever in professional cycling, nor any personal stake in this discussion other than wanting to see a beautiful sport restored to greater respectability, and for cycling to prosper in the future. As the philosopher and statesman Edmund Burke said, “The only thing necessary for the triumph of evil is for good men to do nothing.”