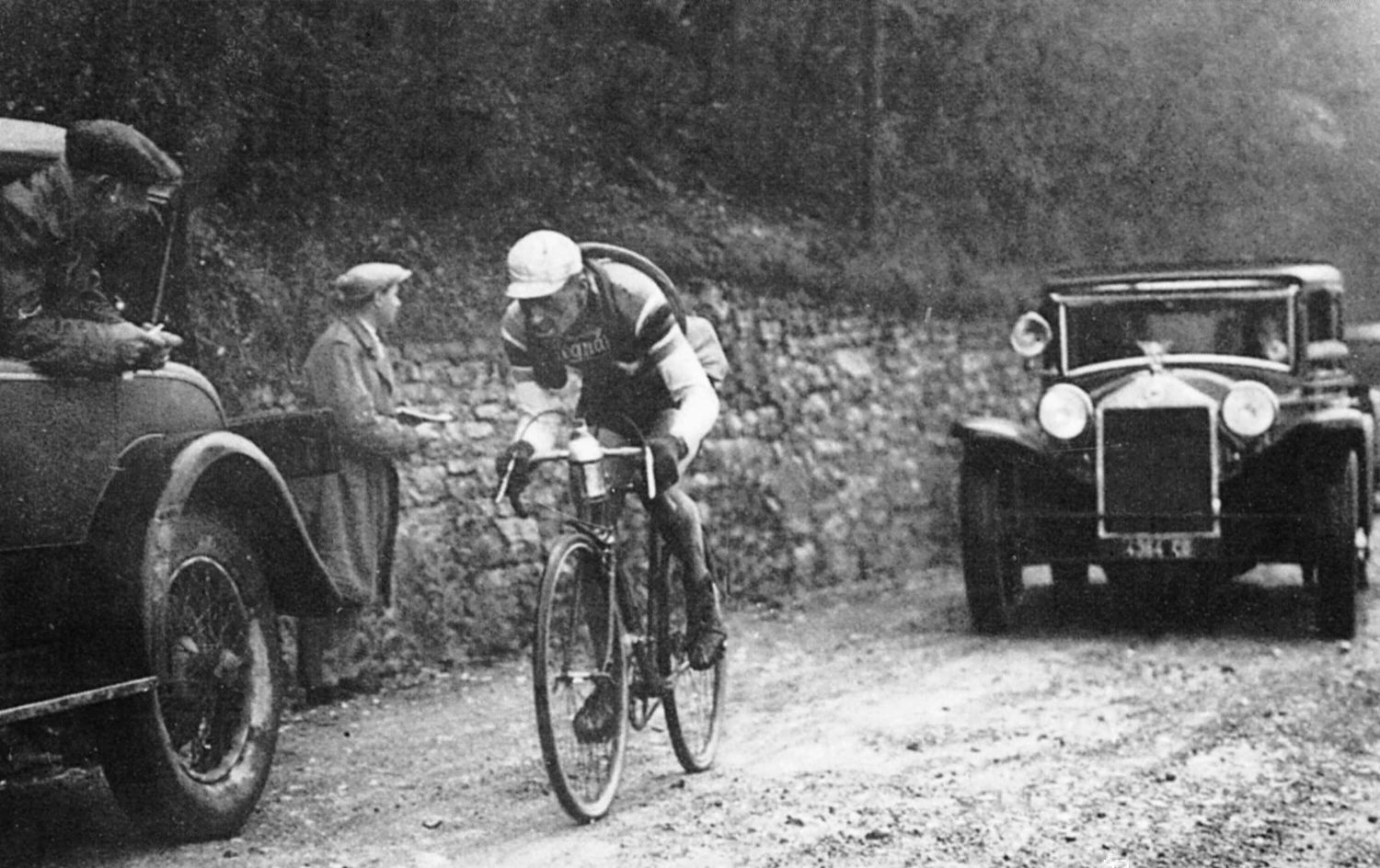 The Italian rider is best remembered for being the first to win five editions of the Giro d’Italia, along with three World Championship titles.

In addition, Binda won the famous Milan–San Remo Classic twice, as well as four victories in the Tour of Lombardy (Giro di Lombardia).

Binda was born in Cittiglio, Italy, but moved to Nice, France as a teenager, where he found work with his uncle as an apprentice plasterer.

When not working, he and brother Primo spent their time cycling.

Binda quickly blossomed into an accomplished cyclist, embarking upon a professional career in September 1921 at the young age of 19.

Enticed by a 500 lire King of the Mountains prize on the Ghisallo climb, Binda rode from Nice to Milan in order to compete in the 1924 Tour of Lombardy.

He won the KOM prize, while finishing fourth in the race, and was immediately offered a contract with the well-known Legnano professional team.

The 1925 Giro d’Italia marked a pivotal moment in the careers of Binda and the legendary Costante Girardengo.

All of Italy hoped Girardengo would prevail, but the Campionissimo was met with defeat at the hands of the young Giro debutant.

As a result, Binda’s victory was deeply unpopular with the tifosi.

After his defeat, Girardengo resolved to continue racing and beat Binda, which went on to spur a caustic and deeply personal rivalry between the two.

As Girardengo powers waned, Italians looked to Domenico Piemontesi to usurp Binda, but much like everyone else, he was hopelessly out of his depth against the fuoriclasse.

Girardengo would later discover a new cycling prodigy named Learco Guerra, anointing him as his heir apparent in a new “anti Binda” campaign.

Guerra closely resembled Girardengo as a cyclist, and was hugely popular. He enjoyed the support of the Italian Fascist Party, as well as the press and wider sporting public.

Binda, on the other hand, famously declared that he’d no interest in producing spettacolo. Instead, he focussed his efforts on winning races and defeating Guerra, which only served to increase the public’s antipathy toward him.

So dominant was Binda, that the Italian newspaper, Gazzetta dello Sport, offered him 22,500 lire to forego the 1930 Giro.

As a result, Binda decided to compete in that year’s Tour de France, winning two stages.

It wasn’t until 1932, when Binda won his third World Championship title in Rome, did the public start to warm up to him.

By then he had redefined both training and racing methodology, and was widely regarded as the greatest cyclist to date.

Upon retirement, Binda went on to manage the Italian National team, fostering the talents of such luminaries as Fausto Coppi, Gino Bartali and Gastone Nencini.

Società Ciclistica Alfredo Binda is named in his honor, which features a series of annual semi-competitive Gran Fondo style races, as well as a women’s professional race called the Trofeo Alfredo Binda-Comune di Cittiglio, that became part of the new UCI Women’s World Tour in 2012.