How the Discovery of LSD Came to Create “Bicycle Day” 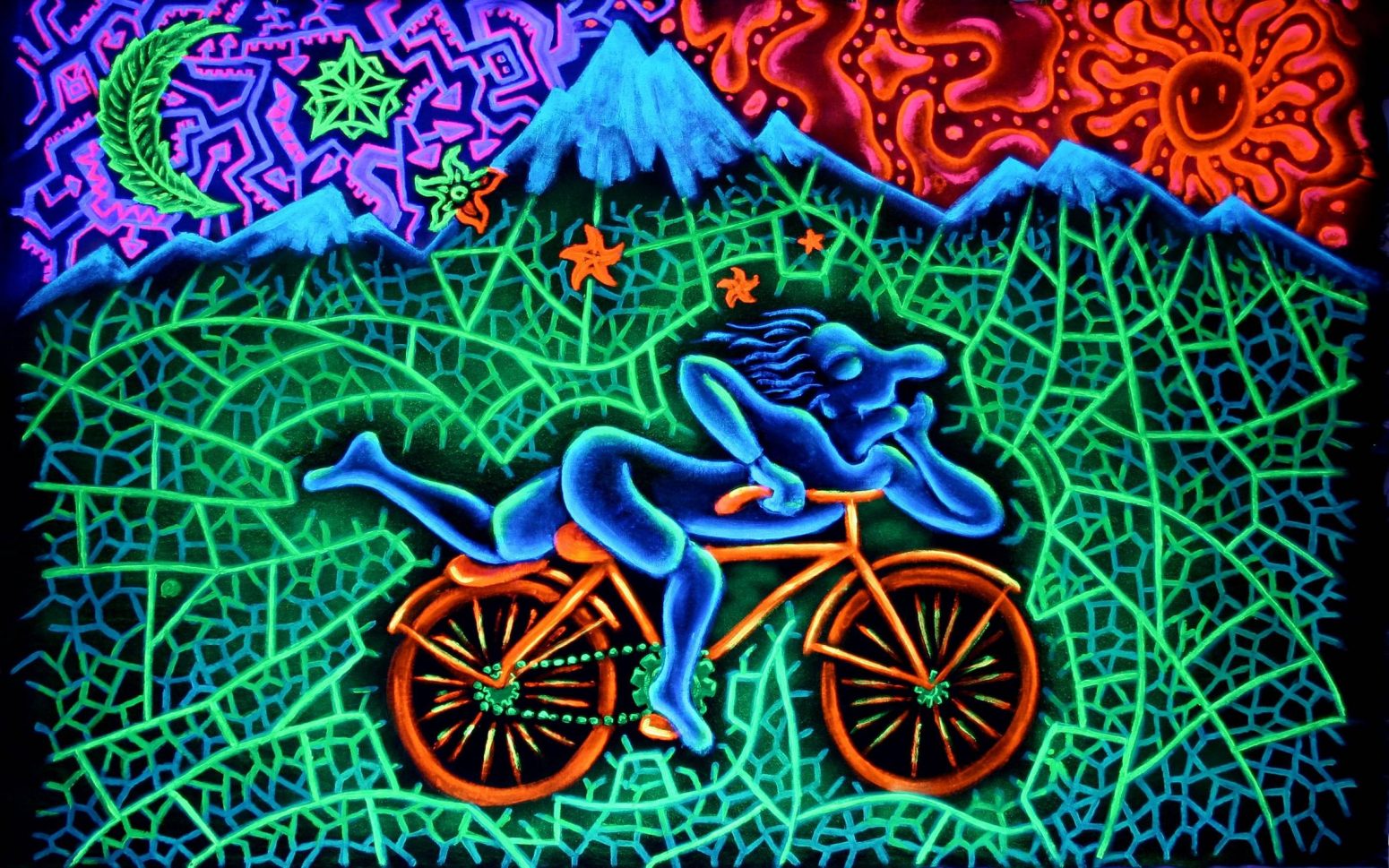 Bicycle Day is an international holiday that commemorates the date that Dr. Albert Hofmann first tripped on LSD (Lysergic Acid Diethylamide-25), while cycling home from his lab in Basel, Switzerland on April 19, 1943.

Hofmann had synthesized several derivatives of ergot, a fungus found on rye, in the process of searching for new pharmaceuticals for Sandoz Laboratories. Hoffman first synthesized LSD-25 in 1938 but did not become aware of its psychedelic properties until April 16th, 1943 when he absorbed a small amount of the compound accidentally either through his fingertips or by ingesting it. Curious about the psychoactive effects, three days later he performed a self-experiment to determine the true effects of LSD, intentionally ingesting 250 micrograms, an amount he predicted to be a threshold dose (an actual threshold dose is 20 micrograms) on April 19th, 1943. He started to feel the effects and asked his laboratory assistant to escort him home. During the bicycle ride home, he experienced the psychedelic effects of LSD, making this the date of the first acid trip in history, propelling the West into the Psychedelic Age.

In his notes, he went on to describe the hallucinogenic trip that would go on to inspire a countercultural revolution and, decades later, a generation of scientists looking to harness LSD’s powers to treat mental health issues:

… affected by a remarkable restlessness, combined with a slight dizziness. At home I lay down and sank into a not unpleasant intoxicated-like condition, characterized by an extremely stimulated imagination. In a dreamlike state, with eyes closed (I found the daylight to be unpleasantly glaring), I perceived an uninterrupted stream of fantastic pictures, extraordinary shapes with intense, kaleidoscopic play of colors. After about two hours this condition faded away.

While the stigma leftover from the 1960s remains hard to shake, but LSD has slowly been undergoing a rebrand in recent years that is much more in line with Hofmann’s original vision: Using it as a treatment for psychiatric ailments.

Just this year, scientists applied cutting-edge neuroimaging techniques to find out what exactly LSD does to the human brain, in hopes that research on the drug will regain credence in the scientific community that Hofmann himself proudly represented.

The celebration of Bicycle Day originated in DeKalb, Illinois, in 1985, when Thomas B. Roberts, then a Professor at Northern Illinois University, invented the name “Bicycle Day” when he founded the first Bicycle Day celebration at his home. Several years later, he sent an announcement made by one of his students to friends and Internet lists, thus propagating the idea and the celebration. His original intent was to commemorate Hofmann’s original, accidental exposure on April 16, but that date fell midweek and was not a good time for the party, so he chose the 19th to honor Hofmann’s first intentional exposure.