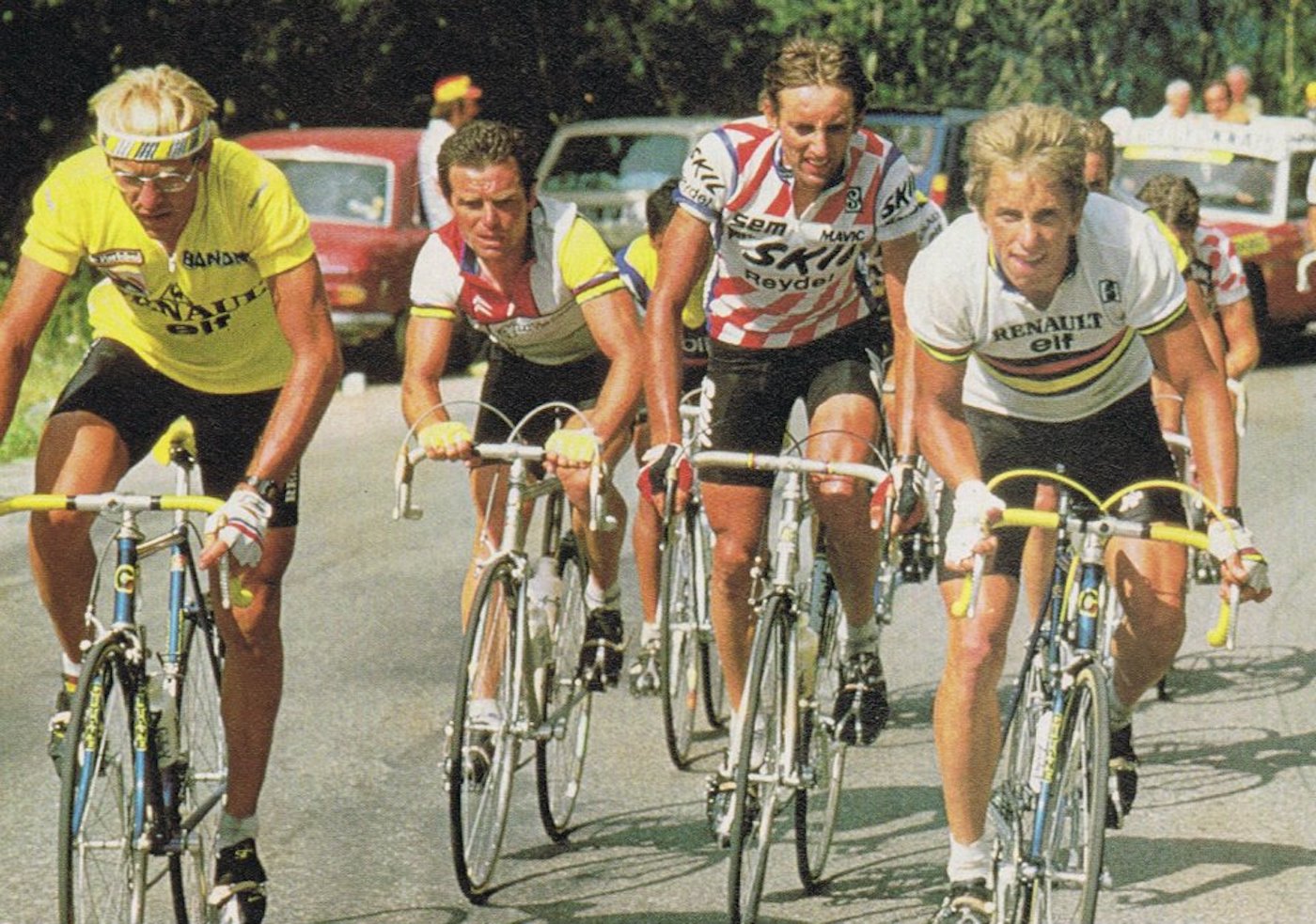 The French rider is best known for winning the 1984 Vuelta a Espana ahead of Alberto Fernandez of Spain and Raimund Dietzen of Germany.

Caritoux was born in Carpentras at the foot of Mont Ventoux, where he first began cycling as a junior racer for a local club in the Provence region.

From there, he developed into a strong climber while training in the hilly Vaucluse region, often using the venerable Mont Ventoux in his training rides.

That season, the SEM team featured Sean Kelly as its leader, with Caritoux quickly fitting into the role of Irish rider’s “lieutenant” in the stage races.

SEM morphed into the Skil team the following season, with Caritoux showing his potential for being more than just Kelly’s helper in the mountains, after winning the early season Tour du Haut Var, a tough hilly one day race in the south of France.

Caritoux’s season was further punctuated by winning the Mont Ventoux stage of Paris–Nice as well.

The next season would mark Caritoux’s meteoric rise in the pro peloton, after he claimed the overall title in the Vuelta a Espana.

What made his triumph all the more astonishing, was the fact that it was only his second year as a professional rider. Moreover, one week before the start, neither Caritoux or his team had any intention of actually participating in that year’s Spanish Grand Tour.

At that time, the Vuelta started in the second half of April. And, while de Gribaldy had initially committed his team to the race, he later forgot his promise to the organizers.

With the threat of a £50,000 fine looming over his head if the team didn’t appear, he has forced to scrape together a squad at the last minute that included Caritoux, who was vacationing in Geneva and ordered to fly to Jerez de la Frontera in the south of Spain where the Vuelta was starting.

Caritoux successfully rode himself into form and won the race’s first mountain stage, which finished atop the Rassos de Peguera in the Pyrenees.

A subsequent victory in stage 12 that featured the notoriously challenging climb of the Lagos de Covadonga, saw him wrest the leader’s jersey from the shoulders of Pedro Delgado and takeover the lead.

From there, race officials and cycling pundits surmised that Caritoux would maintain his grip on the overall lead until the last week, when exhaustion and lack of support from his team during the final mountain stages would force him to relinquish the jersey. However, a determined Caritoux went on to retain his lead into the final stage with a 37 second advantage, which was an Individual Time Trial.

Caritoux was no time trialliast, while his closest rival Alberto Fernandez was. But, the Frenchman prevailed, and won the Vuelta a Espana by a mere six seconds.

In 1986, Caritoux joined the poorly organized Fagor team, which was followed by two years of modest results.

Two years later, he rejoined Sean Kelly with the KAS team, which saw more success for him, claiming the French Road Championship that year.

Caritoux signed with the RMO team for 1989, and rode in support of the team’s leader, Charly Mottet, while reprising his French Championship title.

He stayed with RMO until the team folded in 1992 and switched to the smaller Chazal team run by manager Vincent Lavenu for the final two years of his career- later becoming the team leader and mentor for the younger riders.

Stage 15 of the 1994 Tour de France visited Caritoux’s home town of Carpentras, where he hoped to claim glory in front of family and well-wishers as a fitting tribute to his final season as a pro. But, his hopes were foiled by lone breakaway rider Eros Poli, who won the stage two minutes ahead of his French rival.

Caritoux retired from professional cycling at the end of that season at the age of 34.

Nowadays, he owns a vineyard and vacation resort in the Carpentras region where he’s still hailed as a hero by the local people.