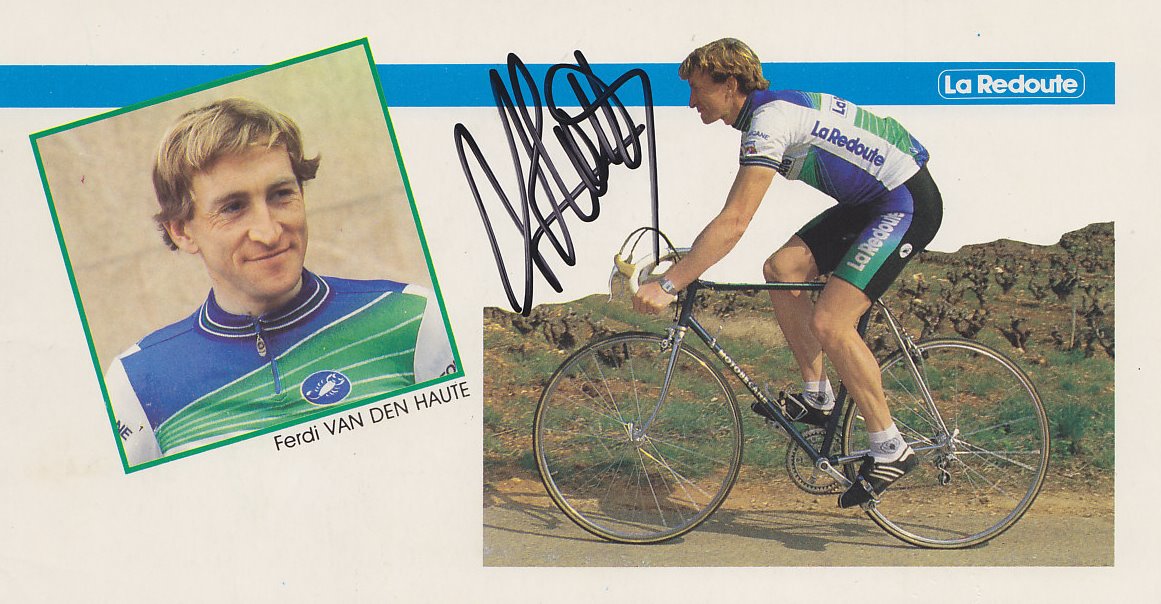 The Belgian rider is best known for winning the Points Jersey 1978 Vuelta a Espana, along with three stage victories.

Van Den Haute began his career as an amateur track racer, wherein he won the Belgian National Champions 1974, 1975 and 1976.

Van Den Haute retired from racing in 1987, and like many of riders of his day, fell into virtual obscurity.

Gelukkige verjaardag Ferdi, wherever you are!