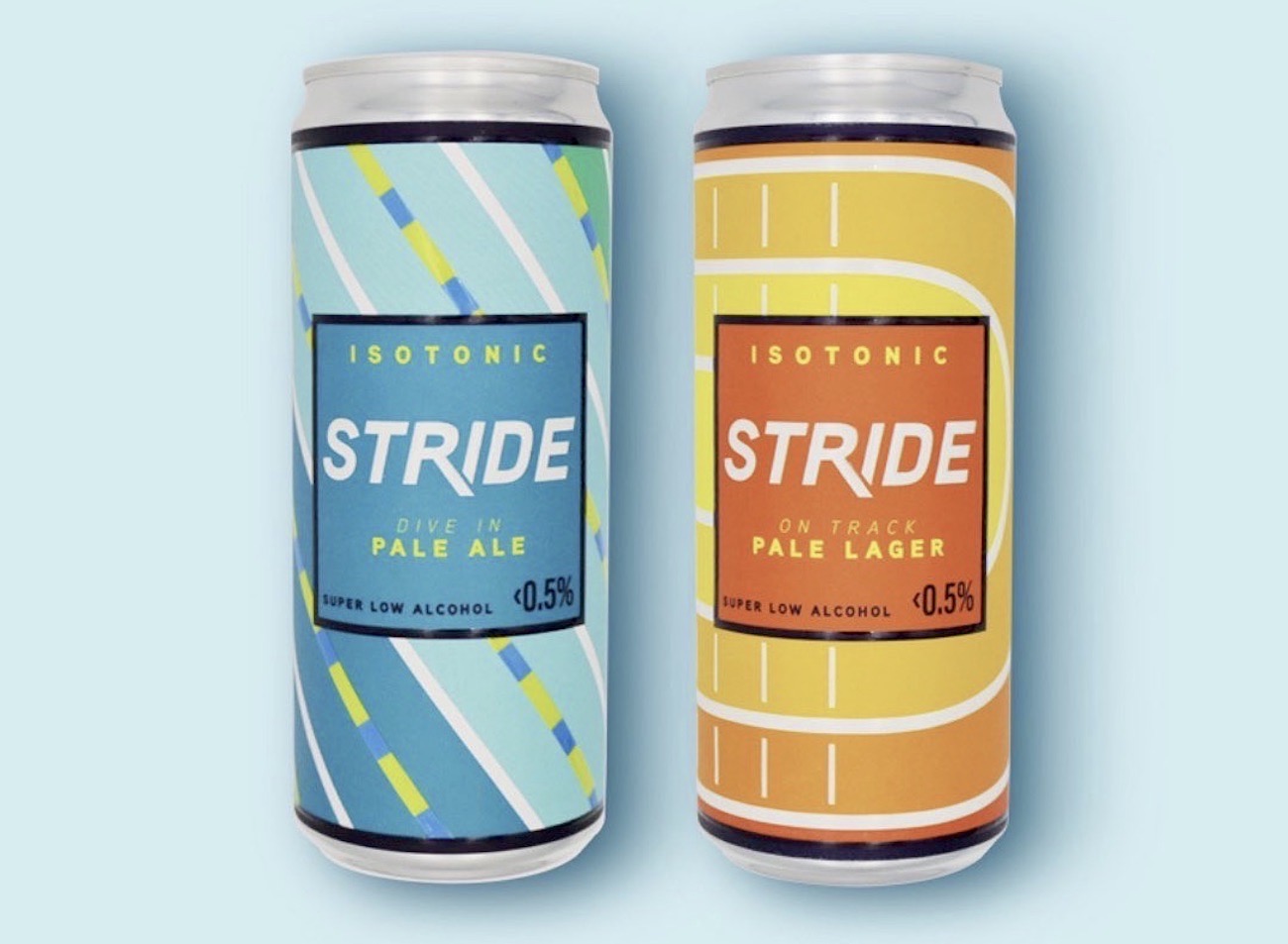 The UK-based brewery Stride is offering an isotonic beer that’s aimed at athletes, giving the adage “for those who don’t want to compromise their athletic performance.”

“Our 0.5% isotonic beer is aiming to become athletes’ new go-to drink, but without the sickly sweet, sugar-laden associations that come with existing recovery drinks. Stride is brewed for runners, cyclists, swimmers, triathletes, surfers and endurance athletes whose spare time involves planning their next adventure. Its isotonic properties means it rapidly rehydrates you,” says Stride.

Additionally, “it’s rich in vitamins including B12. Polyphenols in the hops help reduce inflammation (a benefit that alcohol cancels out in regular beer), and it’s only 33 calories (On Track Pale Lager) and 43 calories (Dive In Pale Ale). Dive In Pale Ale and On Track Pale Lager are available now – priced at £1.99 for a 330ml can, or £22.70 for a mixed case of 12,” adds the brewery.

According to Stride, its isotonic beer has the same concentration of particles as blood, which means it will be absorbed quickly by the body, replacing salts, minerals, sugar and water that are used or lost during exercise.

Stride was launched in London during the lockdown by husband-and-wife team of David and Hannah Ace.

“After avid runner and cyclist David discovered the physical and mental health benefits of reducing his alcohol intake, he grew frustrated with the limited range of low-alcohol beers that actually tastes good. His search led him to create his own beer, and Stride was born, with added isotonic properties to appeal specifically to athletes.’