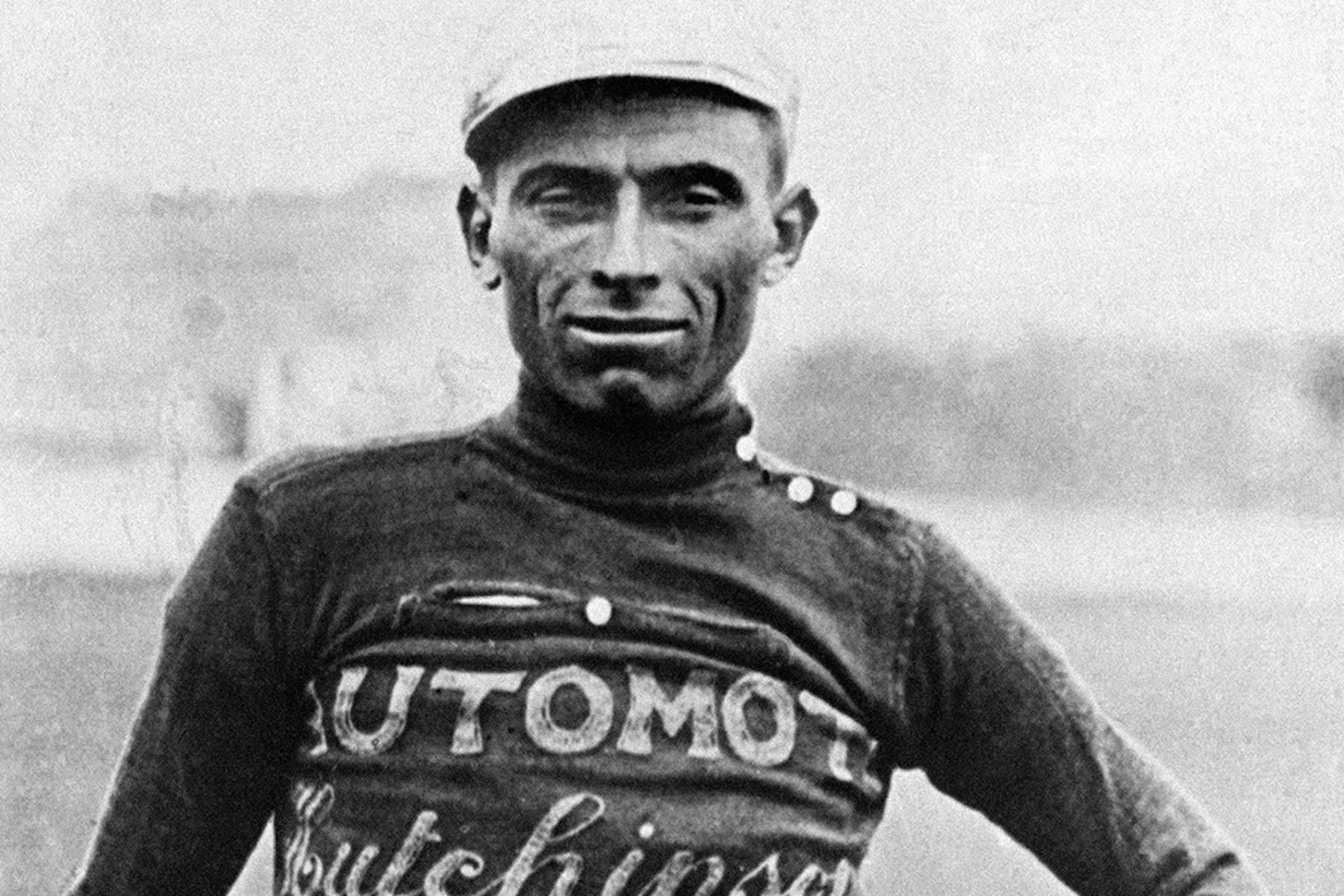 Bottecchia is best remembered for being the first Italian rider to win Tour de France, along with a death that continues to remain shrouded in mystery.

Growing up in stifling poverty, Bottechia became a mason before joining the Italian army during World War One, later becoming a member of cycling soldiers brigade called the Bersaglieri Corps.

For four years he ferried messages and supplies on the Austrian front with a special folding bicycle, contracting such illnesses as malaria while also evading capture on several occasions during his service.

Bottecchia also endured a gas attack during the battle of Caporetto, while providing cover-fire for retreating forces.

Additionally, he was captured near Sequals, but managed to escape while being marched into captivity at night.

After returning to the Italian lines, he twice conducted reconnaissance sorties into Austrian-held areas, which by now included his home region of Colle Umberto, later earning him a bronze medal for valor.

After the hostilities subsided, Bottecchia moved to France in 1919 to work as a builder, which later led to insinuations that he was not Italian, slurs that were compounded by his strong regional dialect.

Bottecchia’s family continued to struggle with poverty, with his youngest daughter dying in 1921 at the young age of seven.

An anguished Bottecchia later returned to Italy with his family, where he later took up competitive cycling, winning the Giro del Piave, the Coppa della Vittoria and the Duca D’Aosta in 1920, followed by victories in the Coppe Gallo an Osimo, the Circuito del Piave and the Giro del Friuli the following season.

Bottecchia turned professional the following year, wherein he received a new bike to race on by Teodoro Carnielli, president of the Italian cycling association, the Associazione Sportiva di Vittorio Veneto.

In 1923 Bottecchia placed fifth in the Giro d’Italia, the highest finish by an ‘isolate’ (a rider without a team).

As a result, he attracted the attention of France’s lead rider at the time, Henri Pélissier, who encouraged him to join his Automoto-Hutchinson team.

Pélissier had just left the J. B. Louvet team following internal conflict and took his teammate, Honoré Barthélemy, with him.

Automoto was a French motorcycle company that also sold its products in Italy.

Seeing the chance of not only winning the Tour de France, but also having an Italian rider to help further stimulate sales in Italy, based on Pélissier’s recommendation the team quickly signed Bottecchia.

Cycling journalist Pierre Chany recounted how the new recruit reported for duties with his new team in France, saying “how his skin was tanned like an old leather saddle with creases to his face deep enough to be scars. Moreover, his clothing was ragged and his shoes so old that they no longer had any shape.”

Furthermore, his ears stuck out so far that Tour de France organizer, Henri Desgrange, nicknamed him the “butterfly”.

Bottecchia’s accomplishments with his new team included winning a stage in the 1923 Tour de France, where he also placed second overall.

He led the Tour from Cherbourg after the second stage and wore the yellow leader’s jersey as far as Nice. There he passed it on to Pélissier, who won with the prediction, “Bottecchia will succeed me next year.”

Such was the reaction in Italy that the Gazetta dello Sport asked a lire from each of its readers to reward him. Mussolini was the first to subscribe.

Bottecchia won the first stage of the Tour the following year, and kept his lead to the end, marking the first time an Italian rider won the French Grand Tour.

Legend has it, that he wore his yellow jersey all the way to Milan on the train, while traveling third class in order to save money.

Bottecchia won the Tour de France again next year, with the help of Lucien Buysse, who served as the first domestique in Tour history.

Accused of winning without trying the previous year, Bottecchia stamped his authority by winning the first, sixth, seventh and final stages of this year’s Tour.

However, the following year, the magic seemed to go out of Bottecchia’s career, which saw the Italian rider abandon the Tour de France during an ominous storm.

The French cycling journalist, Bernard Chambraz, wrote, “the unpleasant hand of destiny fell on his shoulders. It was as though the misery of his origins had caught up with him. Dark thoughts and a presentiment of the future haunted him. He abandoned the Tour of 1926 on a stage which those who were there described as apocalytpic because of the cold and the violence of the wind. He went home, unhappy. He no longer had the heart to train. He feared that he’d been ‘cut down by a bad illness’. He coughed and he ached in his back and his bronchial tubes. The following winter, he lost his younger brother, knocked down by a car.”

In May of 1927, Bottecchia’s brother, Giovanni, was struck and killed by a car while riding his bike near Conegliano, forcing his return to Italy.

Tragedy continued to unfold from there.

On June 3, a farmer outside the village of Peonis, near Bottecchia’s home, found him on the side of the road. His skull was broken, as well as his collarbone, along with a number of other serous fractures, while his undamaged bike lay some distance away.

There were no signs of skid marks to indicate that a car had forced him off the road, nor were there any marks to the pedals or handlebar tape that would suggest he had lost control.

Bottecchia was carried to an inn and laid on a table, where a priest administered the last rites.

From there, he was taken by cart to a hospital in Gemona, where he died twelve days later without ever having regained consciousness.

According to reports, Bottecchia had risen early on the day of his death, later riding to meet his friend, Alfonso Piccini, to train together.

However, Piccini decided to forgo training that day, prompting Bottecchia to ride to another friend’s home, Riccardo Zille.

Zille also opted out of training, leaving Bottecchia to set out alone.

There have been numerous theories as to the death of Bottecchia, with Chambaz writing for the French newspaper, L’Humanité, “accident or assassination? The accident theory, favored by justice, on the accounts of witnesses and a medical examination which also referred to several fractures, was based on an assumption of an illness, sunstroke and a fall. In fact, the inquiry was quickly closed. The theory suited everybody: the Mussolini régime, the presumed killer and even – it’s sad to say – the family, now sure of a large insurance payout.”

Don Dantė Nigris, the priest who gave him the last rites, is said to have attributed Bottecchia’s death to the Fascists, who were unhappy about his more liberal leanings.

Another report outlines how an Italian dying from stab wounds on a New York waterfront claimed he had been employed as a hit man to kill Bottecchia, naming an alleged murder-for-hire accomplice who’s identity was ever found.

Much later, a farmer in Pordenone said on his deathbed, “I saw a man eating my grapes. He’d pushed through the vines and damaged them. I threw a rock to scare him, but it hit him. I ran to him and realized who it was. I panicked and dragged him to the roadside and left him. God forgive me!”

Bottecchia’s body was laid to rest in Trasaghis by the Tagliamento river, a Province of Udine in the region Friuli-Venezia Giulia, Italy.