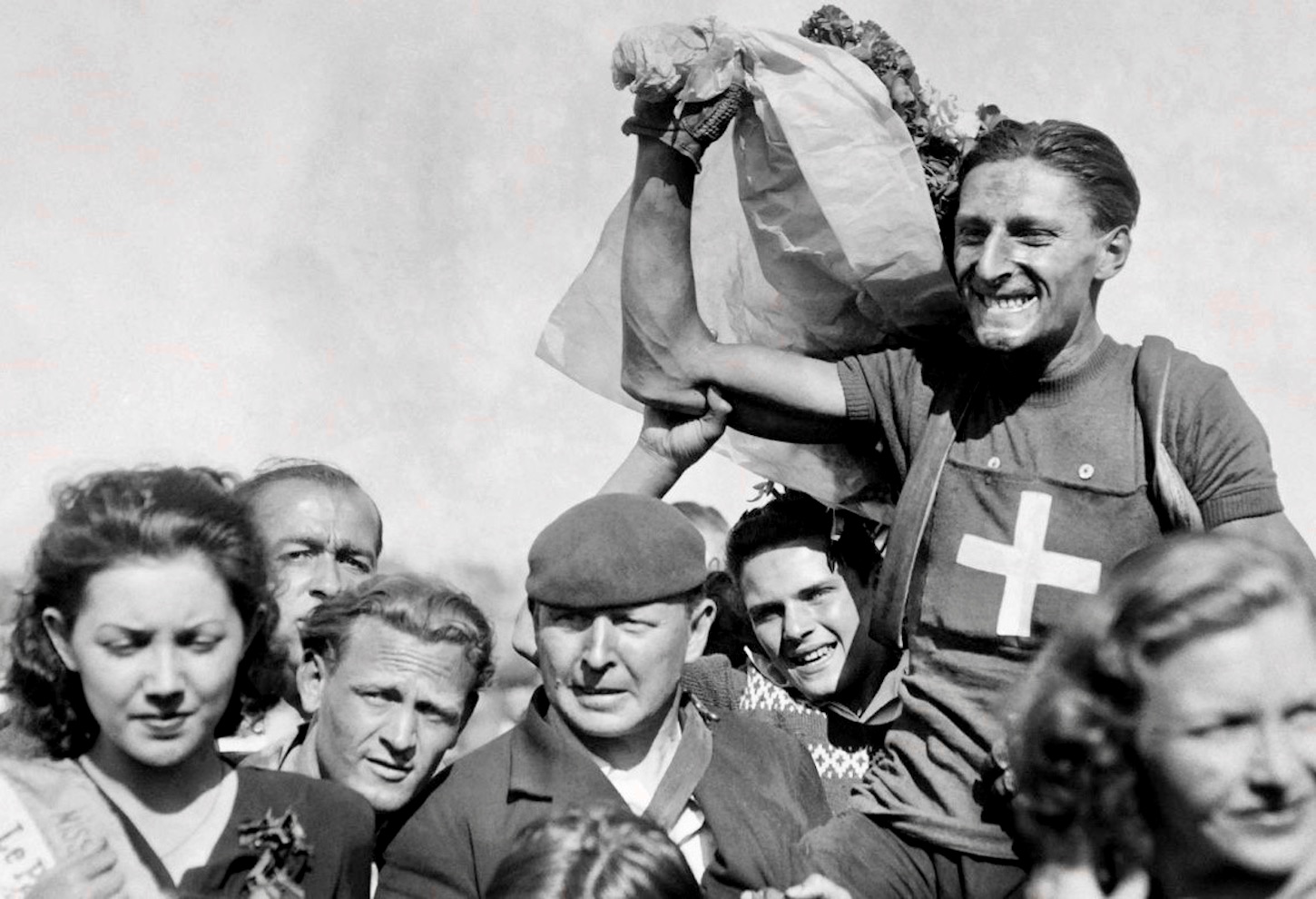 The Swiss rider is best remembered for winning the 1950 Tour de France ahead of Stan Ockers of Belgium and Louison Bobet of France, along with numerous other podium finishes in the Grand Tour events.

Kübler was born in Marthalen, beginning his career as a professional rider at the young age of 21.

The start of his career however, was limited to Switzerland because of Nazi occupation throughout most of Europe.

Relegated to his home country, Kübler racked up multiple Swiss national championship titles, along with triumphing in the Tour de Suisse on three occasions.

But, it wasn’t until the end of the Second World War that Kübler’s rise to prominence came, when the Spring Classics resumed and the fledgling pro won the La Flèche Wallonne and Liège–Bastogne–Liège in both 1951 and 1952.

Back then, these challenging one-day races were contested in the same weekend, as opposed to being strewn across the race calendar like they are today.

Kübler also won the World Road Race Championship in 1951 as well, which came with great solace after he finished second in 1949 and third in 1950.

Kübler competed in the Giro d’Italia from 1950–1952, placing fourth once and third twice.

He abandoned the 1947 and 1949 Tours de France, despite an early stage victory in each.

Critics suggest that Kübler’s 1950 Tour victory was the result of Fausto Coppi being absent, who was sidelined after a crash in that year’s Giro.

Historians often regarded Kübler as being a high-spirited and impulsive rider sometimes given to strategically unwise attacks out of exuberance and a competitive drive.

His gregarious personality also earned him the nickname the “Cowboy” because of his penchant for Stetson hats.

The 1957 season marked a close for Kübler’s career, as the 38-year old rider decided to hang up his wheels and return to his native Switzerland.

During his retirement, Kübler became involved in the sponsorship of the Tour de Suisse for many years, while taking up skiing and golf.

He later married Christina Leibundgut, an airline stewardess, in Davos, Switzerland in 1976, where he spent the remainder of his life.

In 1983, Kübler was elected Sportsman of the Century in Switzerland, and in 2010 he was honored with a lifetime achievement award.

Kübler died in Zurich at the age of 97. Prior to his death, he was the oldest living Tour de France winner.

He is survived by his wife and his two sons, Andre and Stefan, and a daughter Anita, from a previous marriage.