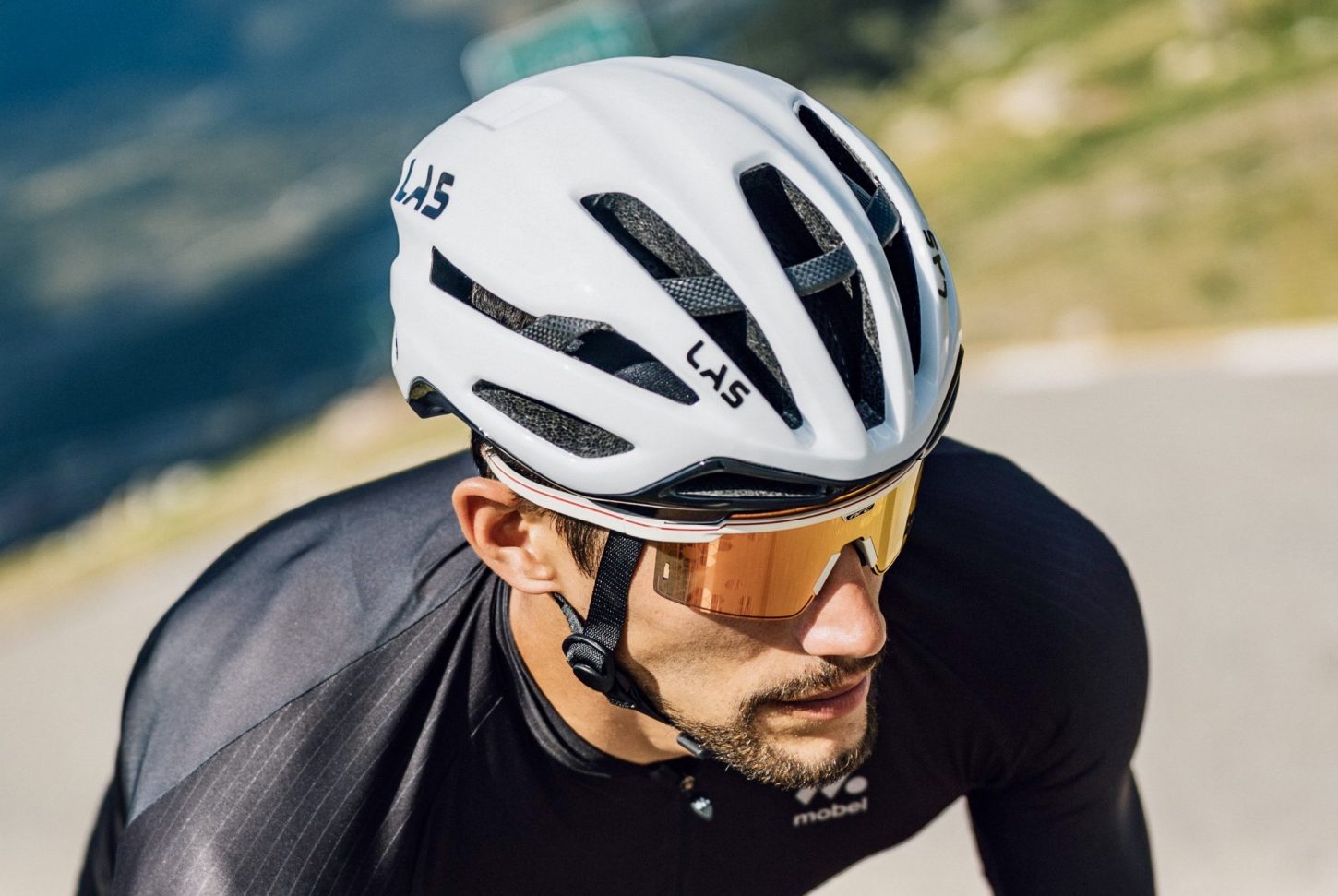 16 Nov 2022
By Gianni Pericolo - In LATEST ARTICLES, THE DOUBLE DIAMOND

Once upon a time, LAS produced the most comfortable, stylish helmets – barring none. And for that reason, any dealer who was fortunate enough to have carried the Italian brand could attest to the fact that they out sold virtually any other lid.

But, over time LAS helmets became a bit stolid, relying on the same designs that had been around for years, while other helmet companies were fast at work pushing the limits of aerodynamics and safety for their products. Unfortunately, it wasn’t long before LAS all but disappeared from these shores.

Years later, the family that owned LAS decided to sell its cycling division to Briko, hoping the larger Italian eyewear and helmet company could pump some much needed capital and ingenuity into the floundering business. But, this seemed to only dilute the brand.

However, good news came in 2016, when two of LAS’s former employees, Gregorio Togni and Francesco Zanchi, negotiated a buy-back of the brand from Briko, reuniting the cycling and equestrian helmet divisions under the control of their company WAVES ITALIA.

From there, WAVES ITALIA went on to refresh the range of LAS cycling helmets, upping their styling quotient with new designs and attractive colorways, while also bridging the gap of safety with more advanced protection.

Still, the brand remained elusive in this country, until the highly regarded US-importer, Albabici, began distributing the cycling helmets this year.

Having clocked thousands of miles in some of LAS’s previous road models such as the Istrion and the Squalo, with sound-footing now in the U.S. market, I was eager to review LAS’s latest flagship helmet – the Virtus.

The Virtus is available in two guises, the standard Virtus and the Virtus Carbon, which are differentiated by the addition of a reinforced carbon fiber frame in the latter.

Regarding protection, while the Virtus doesn’t incorporate MIPS, it does rely on an impact technology that LAS calls LDHR, which is designed to “resist lateral compression forces on impact”.

When it comes to fit, the Virtus is a no-fuss helmet thanks to its well thought out ergonomics and simple, straightforward retention system, easily fine-tuning the fit around one’s noggin sans tricky adjustment wheels and dials located in odd places. I particularly like the magnetic buckle, a small, but nice feature that’s found on very few helmets.

Out on the road, the Virtus is as light and airy as any helmet that I’ve donned in recent years, conferring superior comfort and ventilation, especially when the mercury spikes, while its aesthetics put it on par with other premium brands without bordering on the laboratory-ugly appearance that some of the latest aero-helmets have taken on.

In short, all of properties that made LAS the go-to helmet for serious roadies in the past, are not only retained in the Virtus, but reimagined with contemporary style and design, along with greater protection.