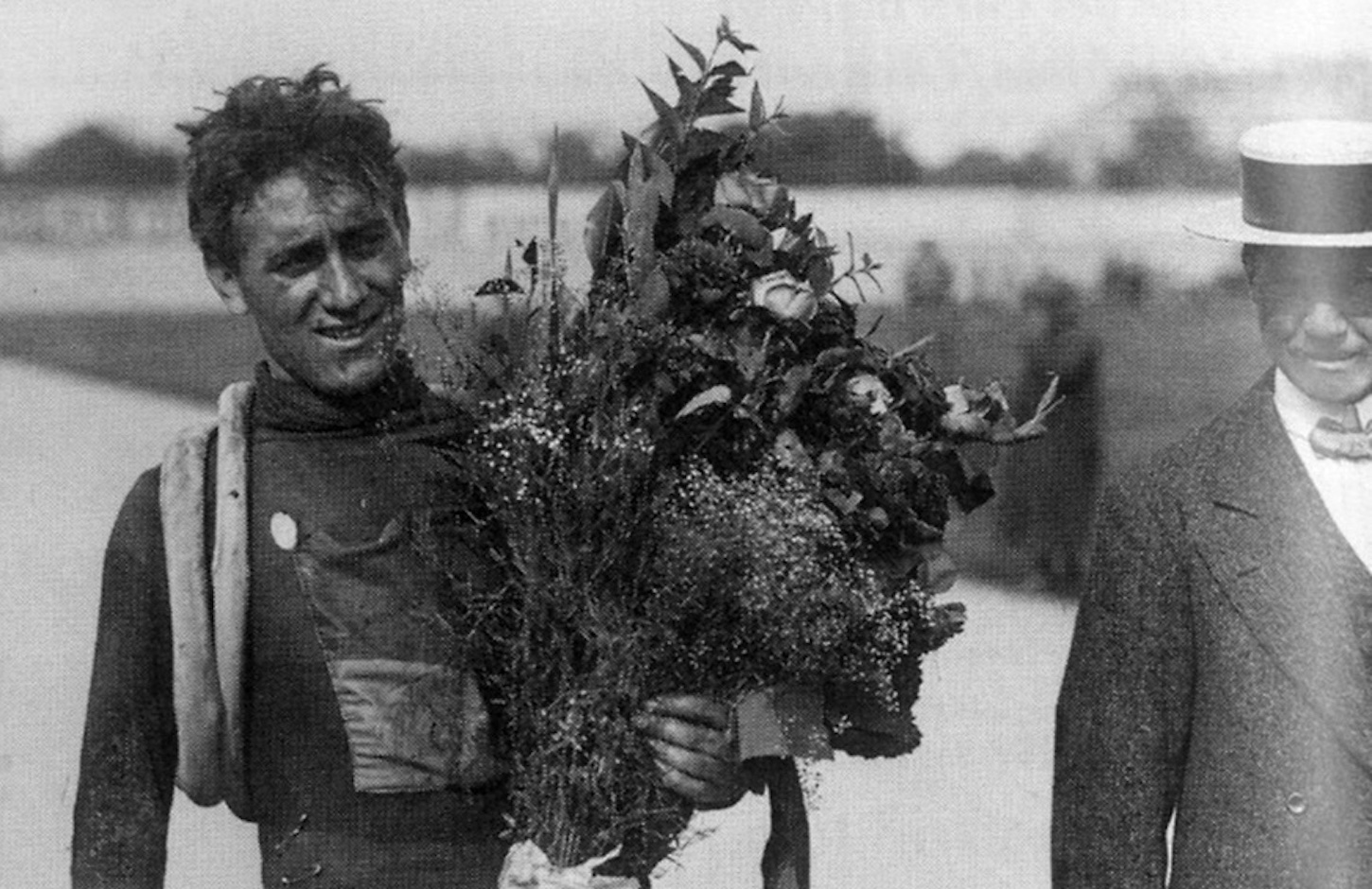 The Belgian rider is best remembered for being the first three-time winner of the Tour de France.

The following year he won the Circuit Français Peugeot, which at the time was regarded as the equivalent of the amateur version of the Tour de France.

That same year, he turned professional in order to ride the Tour de France, earning himself a spot on the highly respected Peugeot-Wolber team.

Thys won his first of three Tours in 1913, despite breaking his bicycle fork and finding a bicycle shop to mend it during a stage.

The repair cost him a 10-minute penalty, but he still managed to win the stage by just under nine minutes.

This not only earned Thys the stage honors, but he also took over the race lead when Eugène Christophe experienced a similar bike failure on the way to Luchon.

However, Marcel Buysse would overtake Thys the following day, but his Belgian rival also experienced a broken fork on the way to Nice, relinquishing the lead back to Thys once more.

The drama continued when Thys fell on the penultimate stage from Longwy to Dunkirk.

Despite being knocked out and subsequently penalized for receiving help from teammates to repair his bike, he ultimately won the Tour by 8 minutes and 37 seconds ahead of Gustave Garrigou, while Buysse rounded out the final podium in third place.

In 1914, he won the stage to Le Havre, holding the race from start to finish, despite a 30-minute penalty for an unauthorized wheel change on the penultimate stage. Yet, at one point his victory looked uncertain, as his lead had been cut to less than two minutes ahead of Henri Pélissier.

Ironically, an out-pouring of fans rooting for Pélissier along the final stage from Dunkirk to Paris, actually prevented the French champion from breaking away. And, despite winning the stage, Thys finished on his wheel to secure the overall victory.

In addition to his Tour de France titles, other victories for Thys included winning the 1917 and 1918 Paris–Tours and the 1917 Giro di Lombardia.

After World War I, Thys won his third and final Tour in 1920, leading from the second stage all the way until the final stage in Paris.

Tour de France founder, Henri Desgrange, famously remarked, “France is not unaware that, without the war, the crack rider from Anderlecht would be celebrating not his third Tour, but his fifth or sixth”.

Not until 1955 did Louison Bobet equal Thys’s record, and not until 1963 did Jacques Anquetil surpass it with four wins.

Thys was one of a generation of cyclists whose careers were disrupted by the First World War. After retiring in 1924, Thys returned to his native town of Anderllecht.

Years later, he recalled in an interview how his manager, Alphonse Baugé, had asked him to don a yellow jersey while leading his final Tour,  symbolic of what many believe to be the unofficial, introduction of the first leader’s jersey – the maillot jaune (yellow jersey).

However, historians mostly credit Eugène Christophe for being the first rider to wear the maillot jaune, when Desgrange gave him the first official yellow jersey to wear during the 1919 French Grand Tour.

Christophe later said, “so soon after the war, the cycle industry was not yet in action again, and the only marque supplying material was La Sportive and there was little difference between any of the jerseys they supplied. One day – it was on the 482km stage from Les Sables d’Olonne to Bayonne – Monsieur Baugé, an official, remarked to Henri Desgrange that it was difficult enough for him to pick out the various riders and the public must find it impossible. Couldn’t the race leader wear a special jersey?