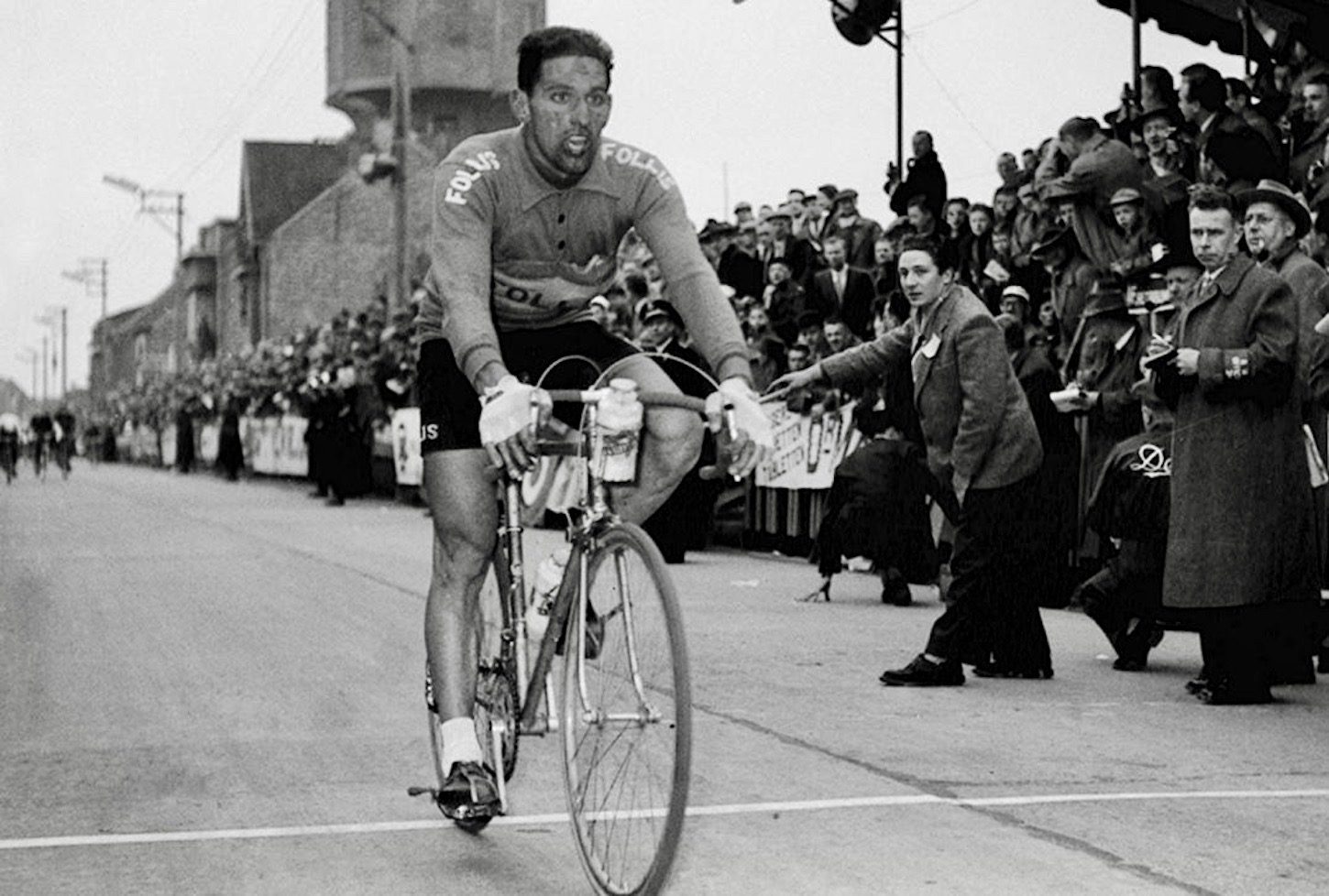 A belated happy birthday to Jean Forestier, who was born on October 7, 1930.

The French rider is best known for his successes in both Grand Tour events, as well as one-day races.

For instance, Forestier won the Points Jersey in the 1957 Tour de France, while claiming titles in such prestigious one-day races as the 1955 Paris-Roubaix Classic and the 1956 Tour of Flanders Classic.

Other notable victories included winning the overall classification in the 1954 Tour de Romandie, as well as several stage wins in both the Tour de France and Critérium du Dauphiné Libéré.

Like many riders of his day, Forestier was overshadowed by the likes of Fausto Coppi, Louison Borbet, Hugo Koblet, Gino Bartali and Rik van Steenbergen, to name a few, and drifted into relative obscurity after his retirement in 1962.

This small excerpt describes Forestier’s heroic vicotry in the 1955 Paris-Roubaix.

Rain, cold and rain again. Terrible weather conditions for this 1955 edition.
One man escapes, 25 km to go: Jean Forestier. Behind him, a royal pursuit group: Fausto Coppi, Bobet, Koblet, Van Steenbergen, …Even if Coppi doesn’t really collaborate, the group comes closer and closer. Everything seems lost for the courageous Forestier, but – with his very last forces – he manages to keep a small lead of 15 seconds, falling from his bicycle only a few yards after the finish.

Nowadays, Forestier resides somewhere in the region of Lyon, France, where he grew up.

Bon anniversaire Jean, wherever you are!