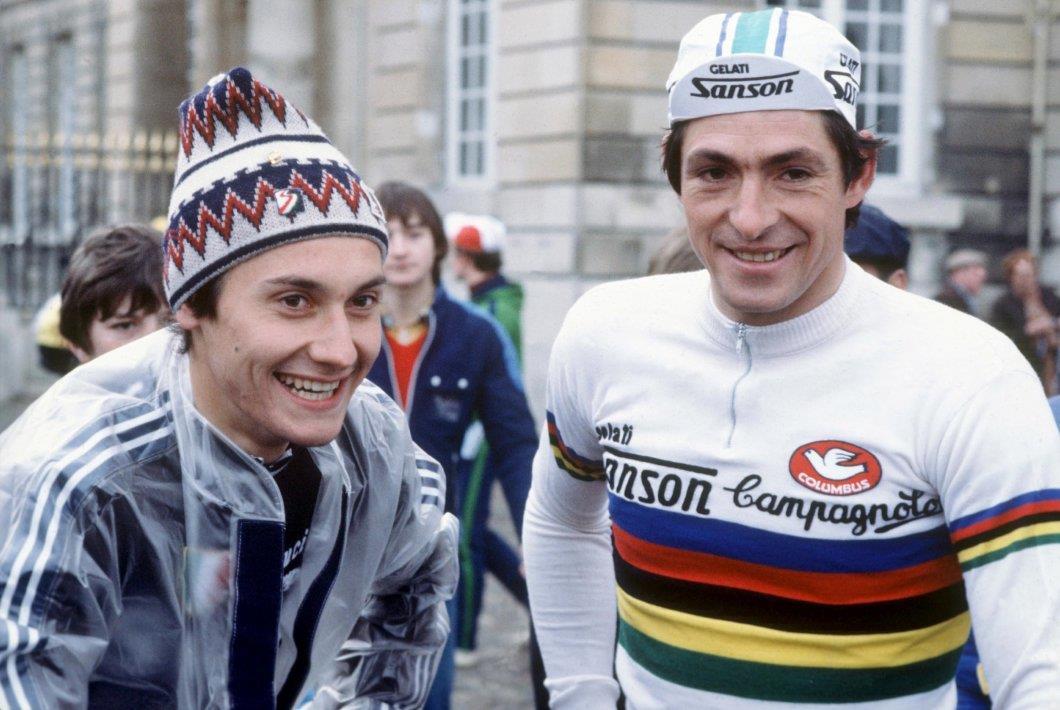 A belated happy birthday to Francesco Moser, who was born on June 19, 1951.

Moser was one of the most dominant riders of his generation, winning everything from Grand Tours to the World Championship Road Race and prestigious One-Day Classics.

Nicknamed the “Lo Sceriffo” (the sheriff), Moser turned professional in 1973, displaying what many viewed as a “unique, cultured pedaling style”.

However, compared to many of his rivals who possessed a “slighter build”, the Italian rider had a more muscular body composition, which often put him at a deficit when it came to climbing.

Nevertheless, Moser claimed the 1984 Giro d’Italia ahead of Laurent Fignon of France and Moreno Argentin of Italy, relying on his time-trialing skills to overcome what others had gained in the mountains. Moreover, his ability as a powerful sprinter would also earn him the points classification in the 1976, 1977, 1978 and 1982 Italian Grand Tour as well.

When it came to the One-Day Classics, Moser’s sturdy build and explosive sprint capabilities would once again prove vital, winning the Paris-Roubaix Classic an impressive three consecutive times, wherein he beat Roger De Vlaeminck in 1979 and 1980 and Gilbert Duclos-Lassalle in 1981.

Other notable victories in the One-Day Classics included winning the 1975 and 1978 Giro di Lombardia and the 1984 Milan–San Remo, as well as victories in the 1974 Paris–Tours, 1977 Züri-Metzgete, 1979 Gent–Wevelgem and the 1977 Flèche Wallonne Classic.

Perhaps Moser’s most celebrated moment came on January 19, 1984, when he broke Eddy Merckx’s Hour Record in Mexico City, after covering a new record distance of 50.808 kilometers, albeit on a more technically advanced, aerodynamic bike.

As a result, cycling’s governing body, the Union Cycliste Internationale (UCI), would later rescind his record in 1997, after adopting new rules that prohibited the use of bikes that posed a “technological advantage”.

After his retirement from racing in 1986, Moser became chairman of the newly established Cyclistes Professionels Associés (CPA) in 1999, which advocates the rights of cyclists in the professional peloton.

Nowadays, Moser enjoys the status of being a race dignitary, often appearing at the opening ceremony of each year’s Giro d’Italia, as well as celebrations that coincide with many of the races he won during his illustrious career.

Moser was inducted into the Giro d’Italia Hall of Fame in 2015.