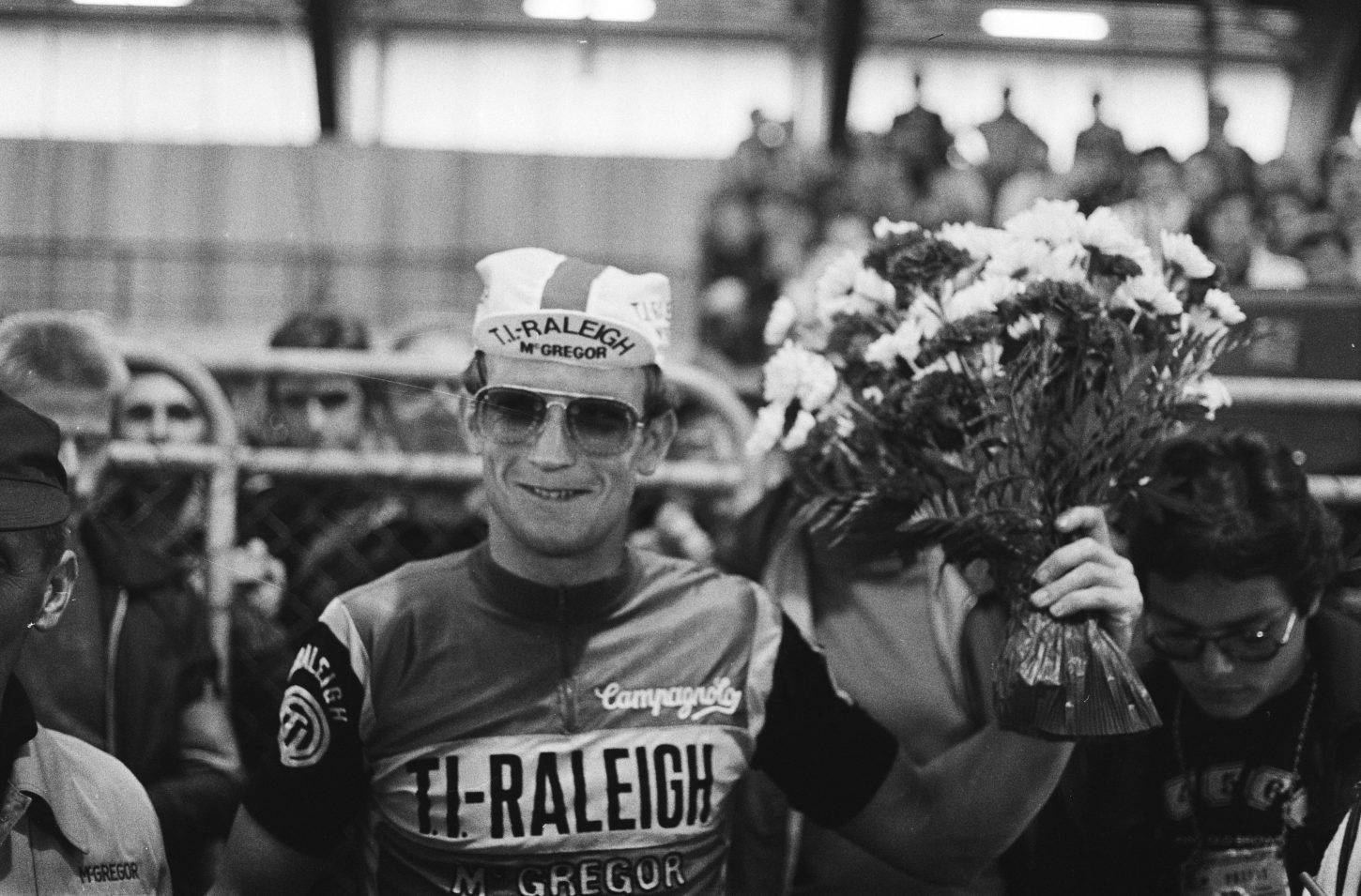 Widely regarded as skilled tactician and clever sprinter when it came to the One-Day Classics and flat stages in the Tour de France, the Dutch rider won no fewer than 115 races during his career, the most memorable being the 1979 World Road Race Championship in Valkenburg, the 1979 and 1983 Tour of Flanders Classic, the 1982 Paris-Roubaix Classic, the 1977 Milan–San Remo Classic and five consecutive victories in the Amstel Gold Race, as well as ten stages in the Tour de France.

Rass was born in Heinkenszand, near Goes in Zeeland, the son of a farmer and one of 10 children.

He showed no interest in cycling until leaving school at 16 when he acquired his first racing bike and began competing as a junior, taking his first victory in Damme in Belgium in July of 1969.

Further successes in amateur races like the Olympia Tour and the Dutch National Championships, prompted cycling great and director of the venerable TI–Raleigh team, Peter Post, to offer Raas a professional contract for the 1975 season.

The young 22-year showed great promise during his first year with TI-Raleigh, after winning two small victories and finishing fourth in the Tour of Belgium.

The following year saw Raas become national champion, but at the end of that year he parted company with team in search of more independence as a rider.

Raas signed with the Frisol team for 1977, claiming victory in the prestigious Milan–San Remo and the Amstel Gold Race, prompting Post to once again recruit him for his TI–Raleigh team for the next season.

From there, Raas went on to become the driving force behind the team’s successes during the late seventies and early eighties, and was later joined by other prominent riders such as Gerrie Knetemann, Joop Zoetemelk, Ludo Peeters, Cees Priem and Henk Lubberding.

Raas’ career later included victory in the 1979 World Championship Road Race on his home soil in Valkenburg, where he outsprinted German “Didi” Thurau in front of 200,000 spectators.

Raas followed with four more triumphs in the Amstel Gold Race to earn a record of five.

Raas regarded the Amstel Gold as his favorite race: “The Gold Race was made for me, I had no ability as a climber, but the short and hard Limburg hills were made for me”.

Raas crashed in the 1984 Milan–San Remo Claasic, injuring his back and internal organs for which he never fully recovered from. Yet, he still managed to win a final stage in the 1984 Tour de France.

Raas decided to close the curtains on his illustrious career the following season, the day after finishing the Hansweert criterium.

Raas’ know-how made for a natural move into team management and he became director of the Kwantum squad, later finding new sponsors to create the SuperConfex, Buckler, WordPerfect, Novell and finally Rabobank teams.

Raas fully retired from the sport in 2003.