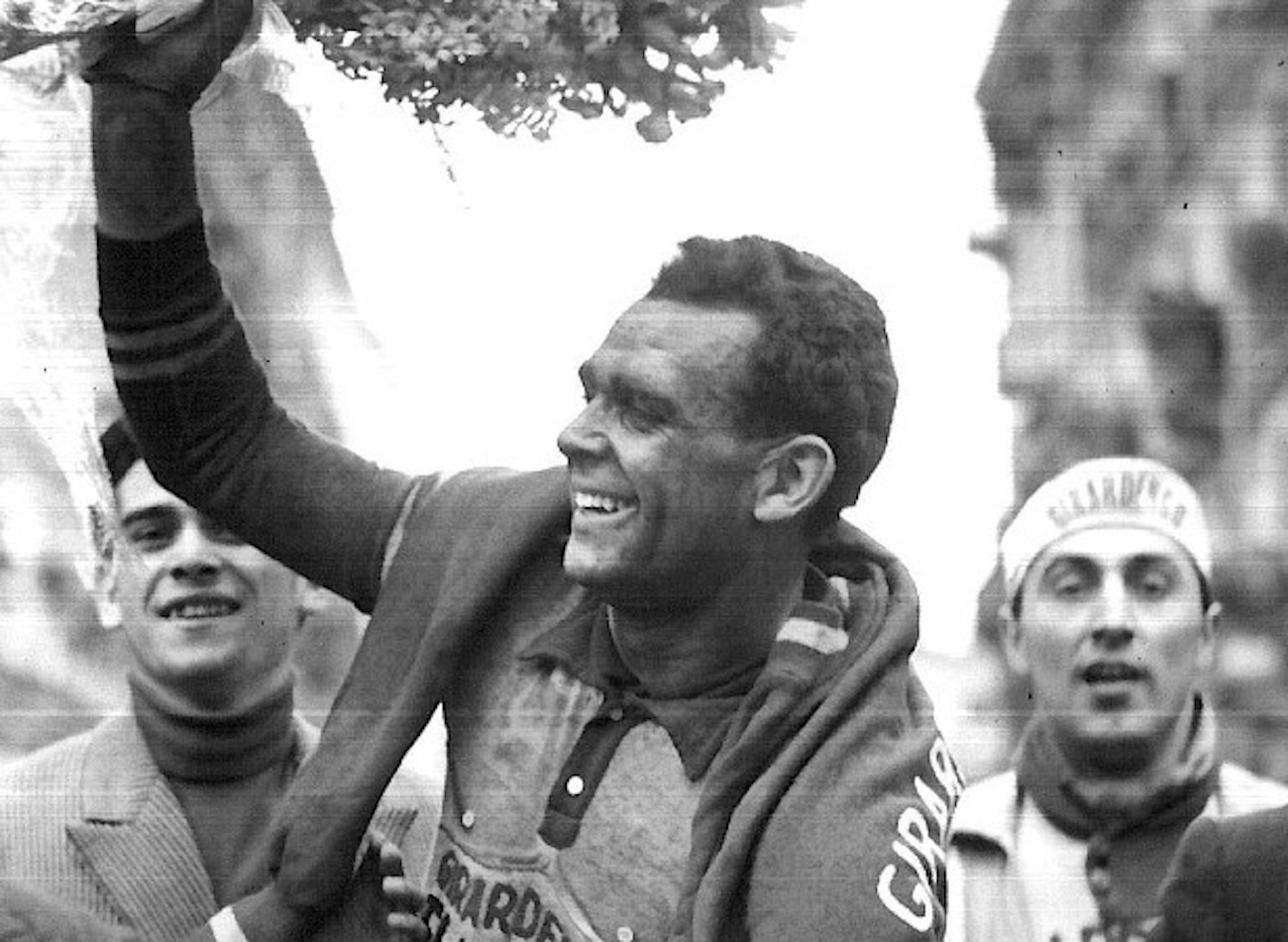 The Belgian rider is best remembered as a consistent performer in both the Grand Tour events, as well as the One-Day classics.

His achievements include three World Championship Road Race titles, two Paris-Roubaix Classic victories and a host of wins in the One-Day Classics.

For instance, Van Steenburgen finished second in the 1951 Giro d’Italia behind Fiorenzo Magni of Italy, he also won the Points Jersey in the 1956 Vuelta a Espana.

His third victory came in 1957, after he beat Frenchmen Louison Bobet and Andre Darrigade in the World Championship Road Race held in Waregem, Belgium.

Additionally, Van Steenbergen won the 1948 Paris-Roubaix Classic ahead of Emile Idee of France and Georges Claes of Belgium, and again in 1952, this time vanquishing Fausto Coppi of Italy and Andre Mahe of France.

Van Steenbergen was born in Arendonk to a poor family, whereby he worked as an errand boy and a cigar-roller during his teenage years.

He was first introduced to cycling at sixteen, quickly establishing himself as one of Belgium’s most promising junior riders during the early 1940’s.

Van Steenbergen began racing professionally in 1942 during World War II, winning a number of important races throughout his homeland during the next two years including the Belgian National Road Championship title.

1944 marked his first major victory, after triumphing in the prestigious Tour of Flanders Classic, which as previously mentioned, he won again in 1946 as well.

Van Steenbergen also held the coveted Ruban Jaune title for seven years, after achieving a record average speed of 43.615 km/h for 246 kilometers during the 1948 Paris-Roubaix Classic.

The Ruban Jaune (Yellow Ribbon) is a cycling trophy that was created by Henri Desgrange in 1936, which is awarded to the rider recording the fastest average speed in a professional cycling race or stage longer than 200 kilometers.

The trophy’s name is thought to have come from a comparison with the Blue Riband trophy, which was  awarded to the passenger liner that crossed the Atlantic Ocean in record time.

Desgrange changed the color to yellow to reflect the newsprint of L’Auto, a sports newspaper that he edited at the time.

The timing of the record had to be officiated by two independent timekeepers using certified timing equipment that had to be precisely calibrated and signed-off by race officials.

Because of these strict rules it was unofficially accepted in the latter part of the 20th century that only times record in Classics would be accepted.

While his track capabilities made him an excellent sprinter, Van Steenbergen experienced difficulty as a climber, which many felt prevented him from winning major stage races and Grand Tour events such as the Tour de France, Giro d’Italia and Vuelta a Espana.

Nevertheless, he finished 2nd in the 1951 Giro d’Italia, prompting critics to suggest had he focussed more on stage races instead of One-Day races, his prospects of winning a Grand Tour would have been much greater.

Despite never wining a major stage race, during his 15-year career as a professional, it’s estimated that Van Steenbergen won almost 1000 races.

After his retirement from the sport, Van Steenbergen’s life entered into a dark period, wherein he was alleged to have been involved in a number of venal practices such as gambling, drug trafficking, conspiracy and incitement to debauchery.

Additionally, in 1968 Van Steenbergen starred in the Belgian adult movie Pandore, as the character Dimitri.

The movie tells the story of an industrialist who neglects his young wife and turns to extramarital affairs to find solace.

The couple makes a trip to Greece in hopes of saving their marriage, only to have the wife develop an attraction for a local fisherman played by Van Steenbergen.

While the movie would be considered far from prurient by today’s standards, in the context of that era it was viewed as being nothing short of sensational, provocative and scandalous.

Van Steenbergen also ended up in jail for a while. But by most accounts, his marriage to a British woman named Doreen Hewitt is what ultimately saved him from ruin and got his life back on track.

Van Steenbergen died in Antwerp at the age 78 after a prolonged illness.

In 2004, a statue was erected in his honor on the Wampenberg in Arendonk.