The Social and Industrial Impact of the Bicycle 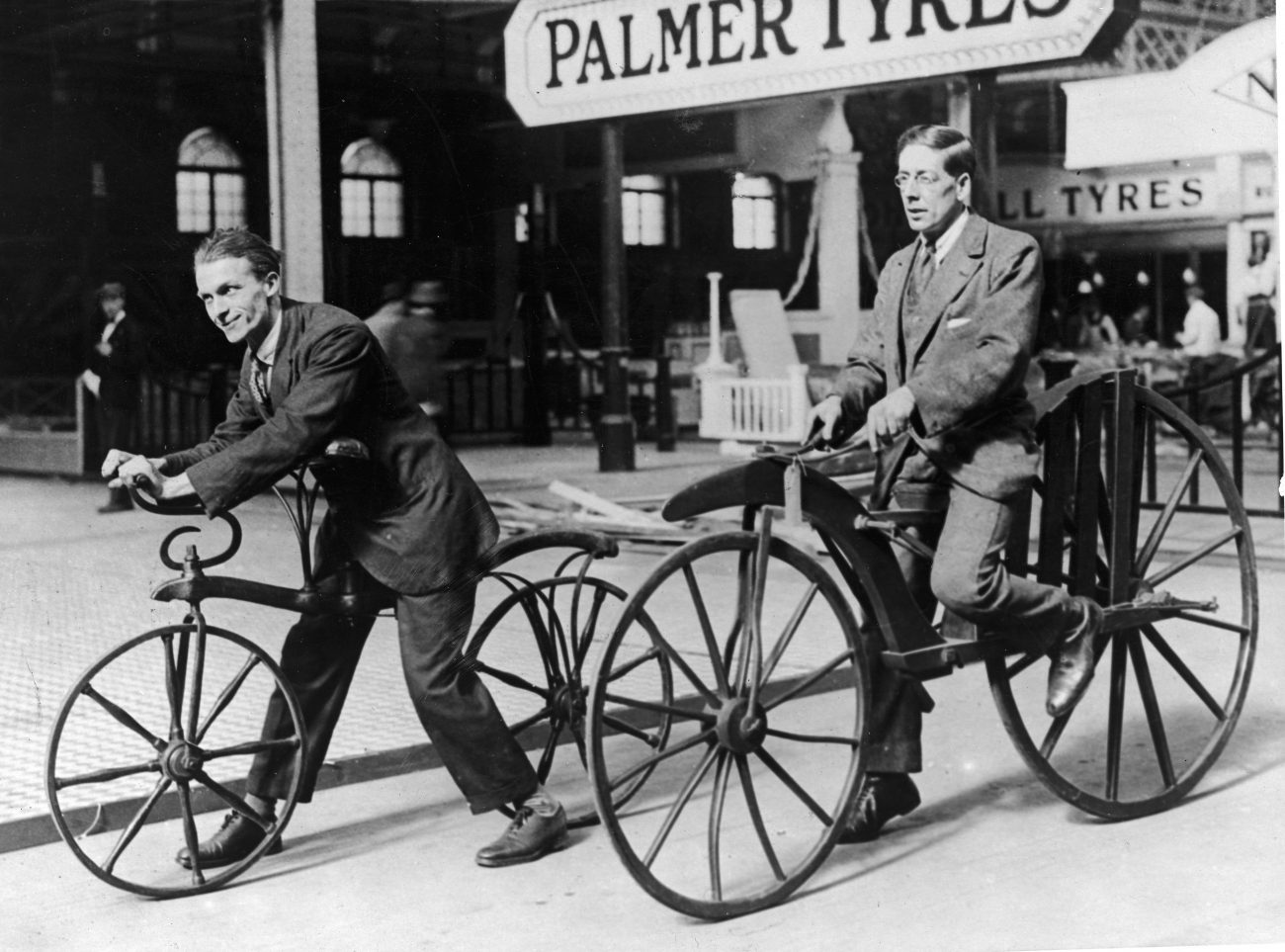 The advent of the bicycle during the turn of the 19th century had a profound impact on society, which saw millions of people of all ages around the world embrace the two-wheeled conveyance.

This in turn led to the creation of cycling clubs, professional races and in many instances rewrote urban transportation methods and played a significant role in social conduct. It even served to overhaul female attire.

The bicycle craze also greased the gears of industrial genius, as manufacturers around the world scrambled to devise new ways to speed up and standardize production, to lighten the bicycle frame without compromising its strength, and to make the ride more comfortable through the addition of a radical new invention, the pneumatic tire.

In addition to air-filled rubber tires, we can thank the bicycle for essential technologies like ball bearings, originally devised to reduce friction in the bicycle’s axle and steering column; for wire spokes and wire spinning generally; for differential gears that allow connected wheels to spin at different speeds.

Additionally, the metal tubing used to create the bicycle frame also played a significant role in developing virtually every modern-day product and piece of equipment.

Bicycles also gave birth to United State’s national highway system, as cyclists outside major cities grew weary of rutted mud paths and began lobbying for the construction of paved roads. The car connection goes further still: Many of the bicycle repair shops that sprang up to service the wheeling masses were later converted to automobile filling stations, and a number of pioneers in the auto industry, including Henry Ford and Charles Duryea, started out as bicycle mechanics. So, too, did the Wright brothers.

The evolution of the bicycle was long, complex and multinational, and spattered with squabbles over provenance and patent rights.

Early versions like the high wheeler, in which the pedals were attached directly to the large front wheel, were clumsy, heavy, difficult to ride, easy to topple and expensive. Few beyond rich young men made a sport of them.

But with the advent of the crank, sprocket and chain system, small rotational movements of the pedals could be translated into large rotations of the rear wheel, and in the late 1880s, the safety bicycle was born — safer than the shake-and-break high rollers, that is, and possibly one of the most perfect machines the world has ever known.

By the mid-1890s, some 300 manufacturers in the USA alone were turning out well over a million bicycles a year, making the safety bike one of the first mass-produced items in history. Among the most exuberant customers were women, who discovered in the bicycle a sense of freedom they had rarely experienced before.

“Myself plus the bicycle equaled myself plus the world,” wrote Frances Willard, a founder of the Women’s Christian Temperance Union. As women took to the activity, they quickly realized that long skirts were a tangling hazard and that corsets compromised their aerobic capacity. Some began wearing split skirts or bloomers and loosened tops, while others shortened their hems.

Bicycles allowed young men and women to navigate the countryside unsupervised, and relationships between the sexes grew more casual and spontaneous. With a bicycle at her disposal, a young woman could also venture forth in search of work.

Not surprisingly, Susan B. Anthony said of cycling, “I think it has done more to emancipate women than any one thing in the world.”

Today, bicycles are viewed as a solution to a host of social ills: air pollution, global warming, obesity, traffic jams.

Bike sharing and hop-on-and-drop-off programs are proliferating cities both here and abroad.

In Washington, where one of the nation’s first bike-sharing programs was started five years ago, statics show that more 10 million users have embraced program.