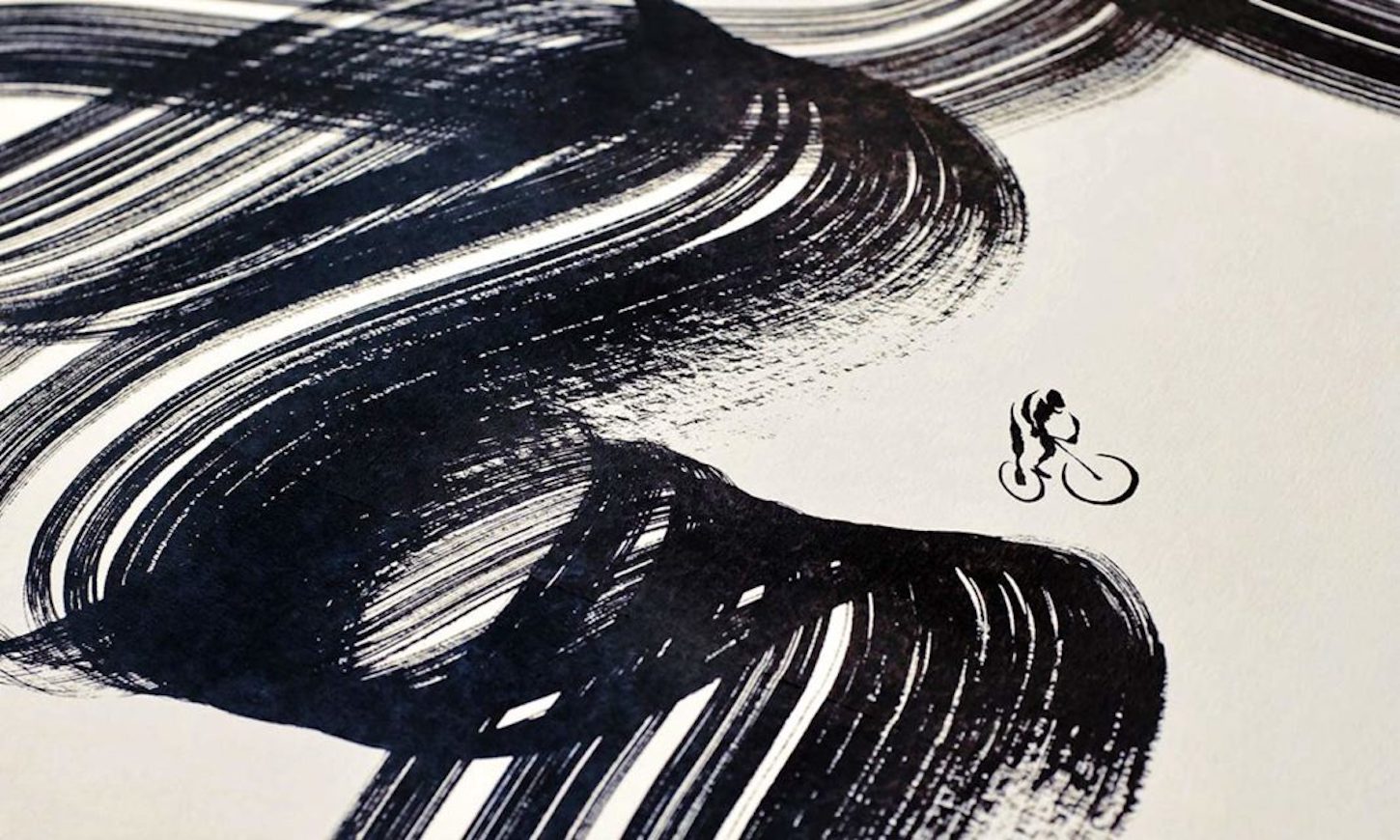 “An ode to the joys of flowing with gravity as the rider drifts downhill” print #44 evokes both the pleasure of winding down the mountain and the feel of freedom when you kick off a jump in the trail… Getting to the top is never easy. But if you don’t conquer the uphill, you won’t ever know the joys of downhill”, says 100 Copies’ Thomas Yang.

To create the series, Yang used one broad stroke to mimic the appearance of a mountain track, similar to the one-stroke technique used in Chinese calligraphy.

Like all series, Wheee! is limited to just 100 copies, which feature offset lithograph printed on archival 200g recycled paper.