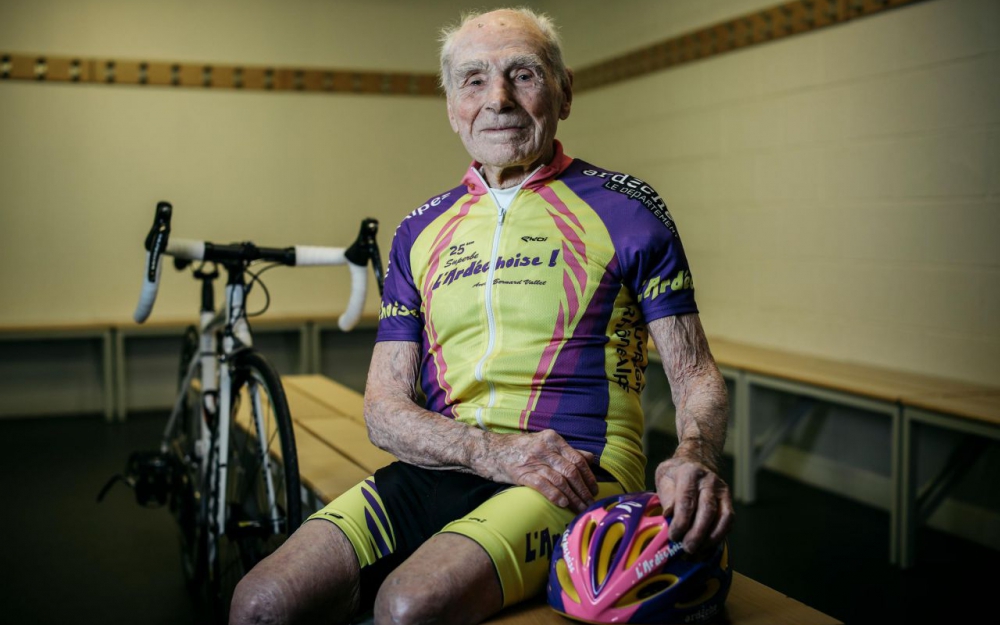 The Frenchman broke the record set by himself five years ago for a person aged over 100 pedaling the furthest distance in an hour.

Marchand’s ride is the first ever in the new Hour Record category for Masters aged 105 or over, with the record set on the boards of the French national velodrome in Saint Quentin en Yvelines near Paris.

However for Marchand, the attempt was not really about setting a record, but more about showing what people of his age are capable of.

Nearly a century ago, Robert Marchand was told by a coach that he should give up cycling because he would never achieve anything on a bike.

In a skin-tight yellow and violet jersey, the 105-year-old cyclist set a world record in the 105-plus age category — created especially for the tireless veteran — by riding 22.547 kilometers (14 miles) in one hour.

Marchand had ridden faster in the past on the boards of the Velodrome National. But he had warned before his latest attempt that his current form was not as good.

Three years ago at the same venue, Marchand covered 26.927 kilometers (16.7 miles) in one hour to better his own world record in the over-100s category.

Marchand still rides every weekend with his local club, and also makes daily trips to the gym to stretch and ride a stationary bike.