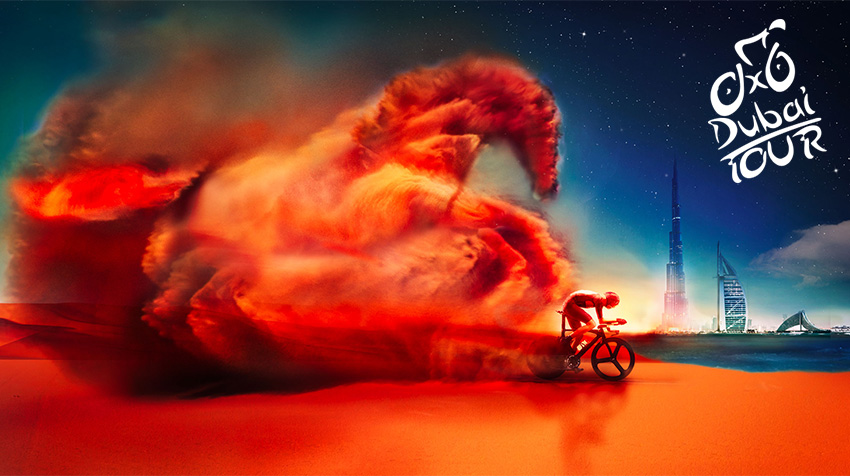 The 2015 Dubai Tour has been given 2.HC status by the UCI, with 11 of the 16 teams participating holding WorldTour status.

The Dubai Tour is organized by the Dubai Sports Council and RCS Sport, with Lorenzo Giorgetti overseeing the Italian firm’s operations in the United Arab Emirates.

"I’m convinced that the 2015 edition of the Dubai Tour will be far better than the first edition, for lots of different reasons," said Giorgetti.

"One of the primary reasons is the teams have now raced in Dubai, seen the race and seen the safety and experienced the excellent logistics. The UCI has also raised the race ranking to 2.HC and that means we can have more and so better WorldTour teams in 2015 and in turn create more interest for the race. Several major teams who didn’t ride in 2014 have already said they want to ride in 2015. Tour de France winner Vincenzo Nibali has confirmed that he will make his season debut with Astana at the Dubai Tour in 2015. There will also be a lot more interest in the event in Dubai because the local organizers have increased their promotion and marketing of the event.

"There’s no time trial or prologue in the 2015 Dubai Tour because we’re hoping the race will be a lot closer and so much more competitive. We don’t want the overall winner to be decided until the final stage. Riders have different levels of fitness and race programs, so we’ve opted for a harder, more balanced route with longer stages. The hilly third stage to Hatta will be the key day of racing. It’s got double the kilometers of climbing compared to the hilly stage in 2014 and there’s the tough uphill finish to the dam wall. The finish might not suit the climbers or Grand Tour riders like Nibali but it seems perfect for the aggressive, explosive finishers like Peter Sagan and Joaquim Rodriguez."

Despite past failures to organize high profile races outside of Europe, particularly the Middle-East,  Giorgetti defends the prospect of the Dubai Tour becoming a world-class event.

"I think it’s right. Countries like the UAE and Dubai are proud to organize major events to attract tourism and business. They’ve got a clear strategy and a clear objective. Perhaps that’s lacking in Europe," he said.

"The economic crisis is a factor, with people cutting back on sport and entertainment in Europe. However I don’t think that’s the best strategy for the future. Cycling gives massive amounts of visibility to sponsors and host nations but costs relatively little. Dubai has understood that, has grabbed the opportunity and is developing its races quickly. In Europe we’ve got the tradition and the history of the sport but always seem to struggle much more. It’s a pity but its the reality of the current economic situation."

In addition, Giorgetti recognizes the importance the Dubai Tour is for RCS Sport.

"It allows us to have an important international presence in the UAE. They host a lot of globally important sporting events and their companies also sponsor all over the world. The airlines Emirates and Etihad are just two examples that come to mind. RCS Sport hopes to organize lots of events and we hope to grow even more in the future."