The Solar Bike “Energy on Wheels” 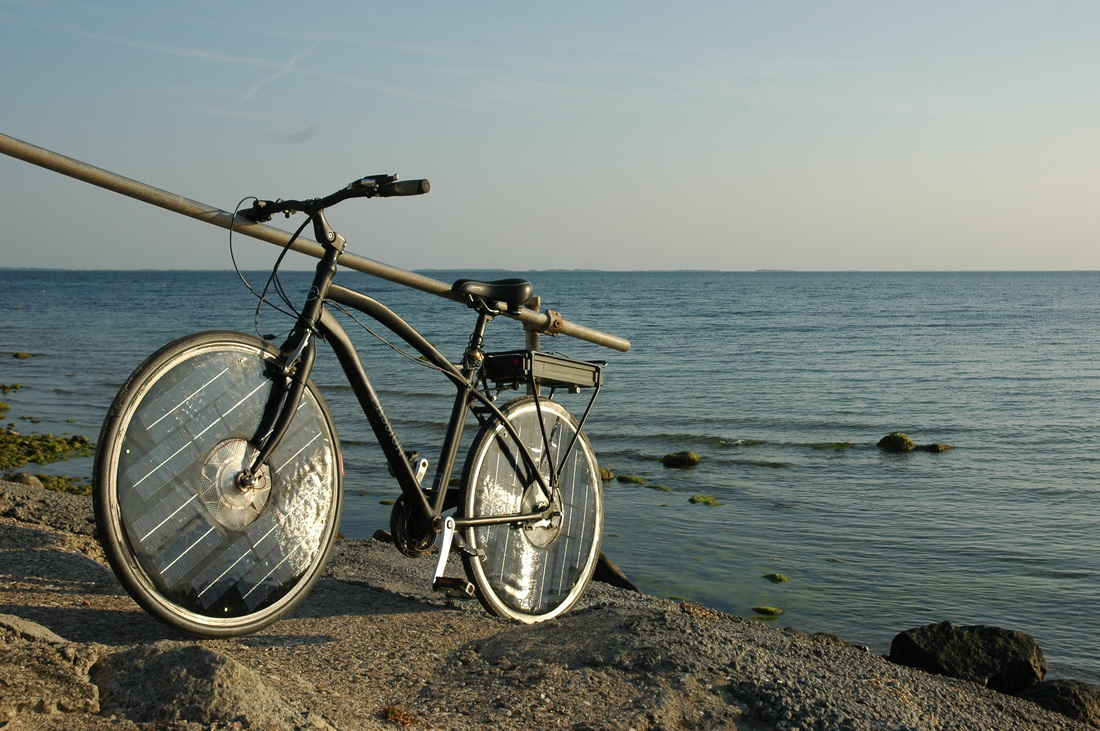 If the Solar Bike isn’t the first completely solar powered bike of its kind, then its surely one of them.

The first generation of solar bikes on the market drew skepticism by virtue of the fact that their wheels were facing side-ways, and therefore unable to capture solar rays head-on.

However, improvements in solar technology over the last few years, has enabled designs like the Solar Bike to be more tenable.

The Solar Bike can store energy, via its thermos shaped battery, and provide power when its solar cells are unable to capture sun.

The current model is the result of three years of work, and can provide a range of travel up to 43 miles when fully charged.

The motor itself has a max speed of 30mph – which sounds pretty “spirited” for a conventional pushbike.

The Solar Bike has already been nominated for a design award, however it remains to be seen if the design will become a commercial reality – and sees the light of day. 😉