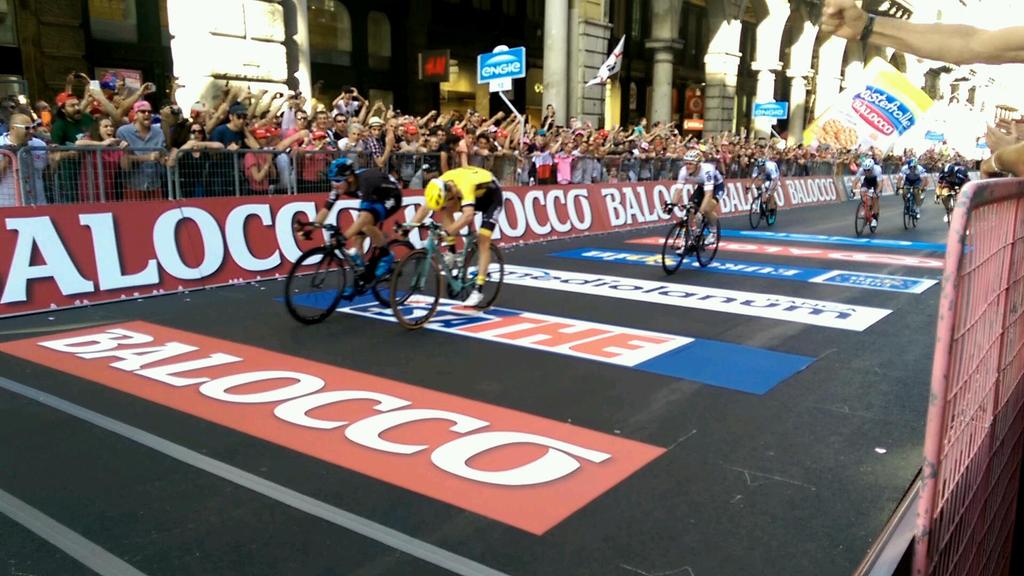 From there, the escapees proceeded to build up a sizable advantage of more than 9 minutes over the peloton.

However, as the race entered into the final 12 kilometers, that marked the end for the breakaway group, as the field began shaping up for what ultimately came to a sprint finish, wherein the 26-year old Sky rider clinched the victory by a mere wheel length over Hofland.

Elia Viviani said after the stage: “It’s incredible to win my first stage in the Giro. We’re here to help Richie Porte in the GC, so I don’t have many riders for the sprints, but Puccio, Eisel and Kiryienka managed to do a perfect job for Richie and for me. Hofland won a stage in Yorkshire, and when he appeared, I thought he would win. But I knew the final metres were uphill, and I knew when to go.”

Michael Matthews, said after finishing 7th in the stage and taking over the maglia rosa: “It was a very technical stage finish, and we knew that you had to be up front in the last kilometre. I decided to go early, because everyone was fighting for position. But the finish was really hard.”

“It was a really special time for me to wear the Maglia Rosa last year, and to wear it for the second time is even sweeter. It was team work yesterday that got me where I am today, so I have to thank my team-mates for this magical feeling.” 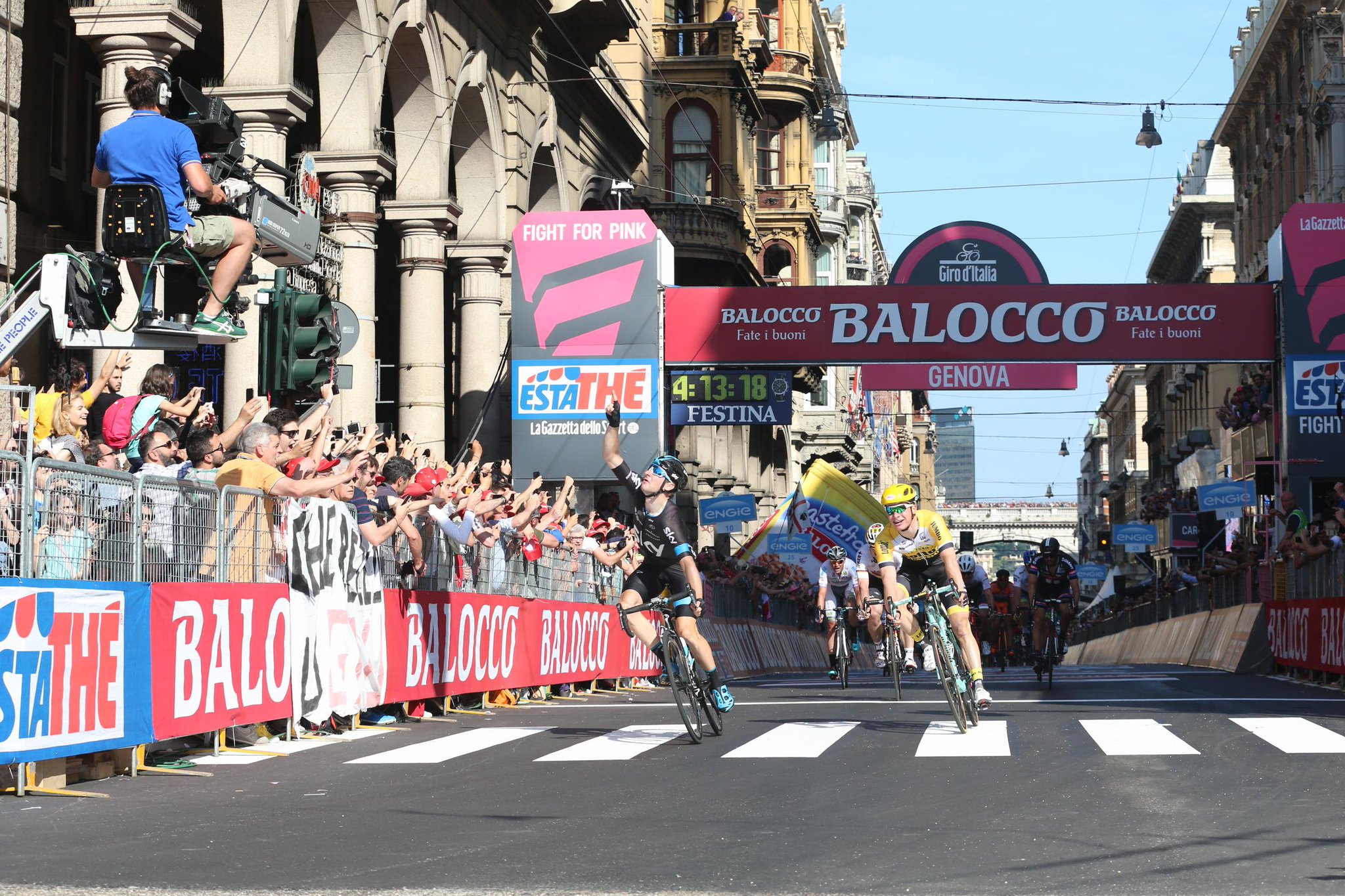