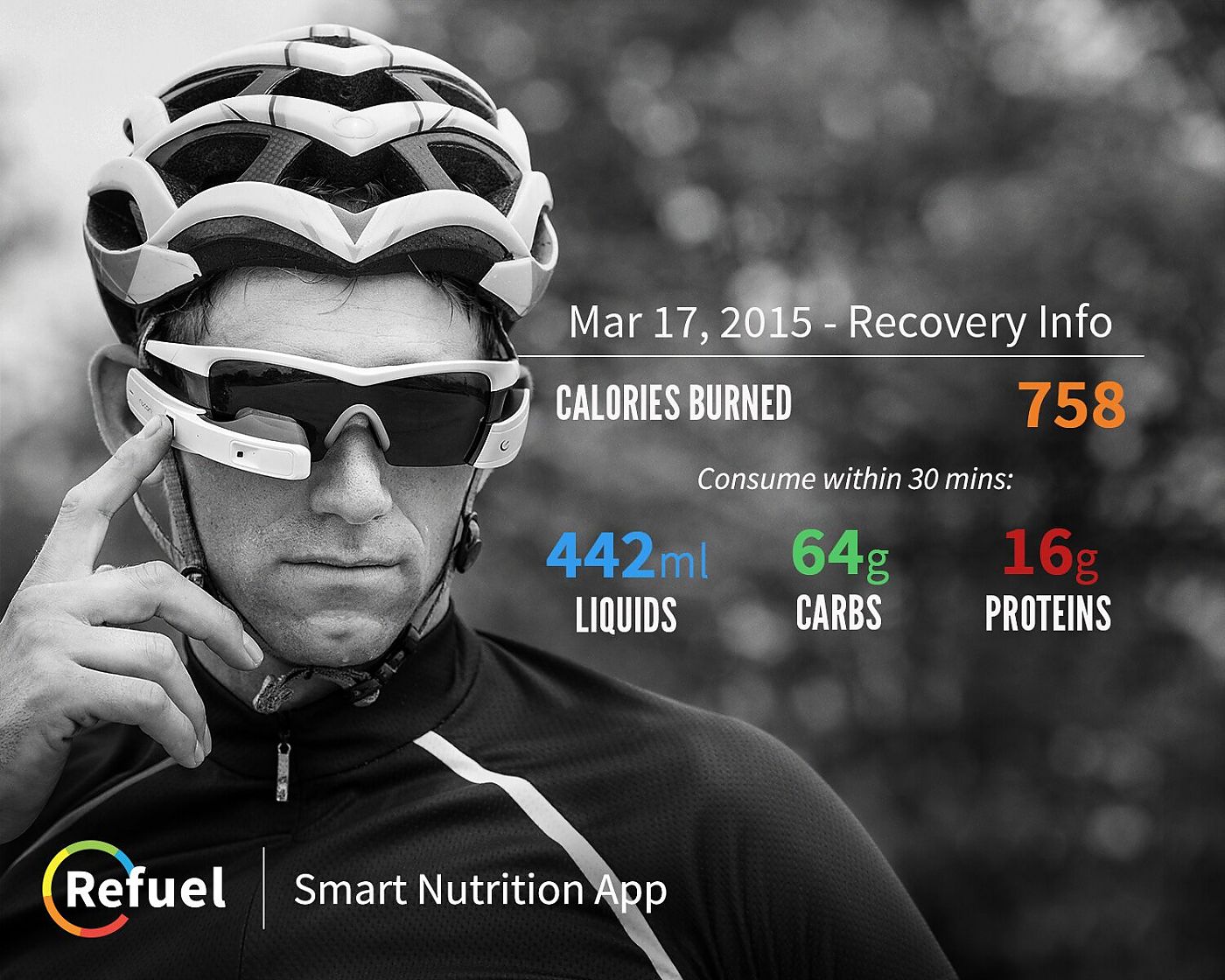 The Vancouver-based, Recon Instruments,announced this week, the introduction of their new Refuel nutrition app.

Developed in collaboration with Vega co-founder Brendan Brazier, Refuel allows athletes to maximize their performance by telling them when to drink and eat during an activity—and advising them on recovery refueling afterwards. Refuel is available now as a free download from Recon’s App Center.

“Brendan and I developed Refuel for Jet for two reasons,” said Tyson Miller, VP of Consumer Products at Recon. “First, as athletes, we both know how easy it is to bonk or become dehydrated during activities. Athletes often don’t realize they are under-fueling and, too late to course correct, find themselves in a degraded physical state. We wanted to solve that problem. Second, we wanted to test drive Recon’s new software development kit (SDK) before its public release. Refuel was developed using that SDK, which has allowed us to tweak and improve the kit ahead of its public release later this month.”

“I work with a wide range of pro and recreational athletes, and most of them simply don’t know when and what to eat or drink to maximize their potential,” said Brendan Brazier. “It can be tricky. Fuel and hydration needs will change based on the intensity and duration of a workout. For example, a high-intensity workout will require a larger percentage of carbs whereas a longer workout at a lower intensity will require dietary fat and protein to enhance endurance and prevent muscle catabolization. Refuel makes those assessments and advises athletes accordingly. Additionally, Refuel offers a form of mental outsourcing. Because there’s no need to allocate brainpower to properly time fueling and hydration, Refuel enables greater focus on the activity, which can be a significant advantage.”

Refuel notifications are delivered on Jet’s smart-eyewear display, located just below the athlete’s right eye, where they can be viewed at a glance. During an activity, Refuel calculates exercise output, including calories burned, and tells the athlete when to rehydrate and fuel up. After an activity, Refuel provides detailed suggestions regarding rehydration and calorie composition to optimize the athlete’s recovery.

Jet users can download Refuel today from Recon’s new App Center. Refuel is coming soon to other wearables and mobile devices, as well.

The Recon Jet was released in April of this year. The futuristic eyesore featuring a dual-core CPU, high-contrast display, and point-of-view camera, which connects seamlessly to leading smartphones and wearable sensors, delivering contextually relevant information instantly, just below the user’s right eye. Jet is purpose-built for active outdoor use.

The Jet is both elegant and robust, yet lightweight comfortably, which is resistant to both water and dust. The Jet’s design is modular as well; exchangeable lenses make it ideal in any lighting condition, while the battery can be easily swapped on-the-go for all-day performance.