Ewan, who won stages two and three, narrowly held off yesterday’s winner Bevin (Avanti Racing) after a final classified climb, peaking with five kilometers remaining, failed to split up racing ahead of a furious downhill finish.

“It was actually really tough today,” Ewan said. “There was the climb close to the finish and I went pretty hard into that to stay at the front so that took a lot out of me.”

“I wouldn’t say I had a good sprint but it was enough to just hold off Bevin.”

“I was a little bit worried going into the climb because of how I was feeling. I was never really comfortable today, I was always feeling a little tired. I didn’t know what to expect but being so close to the finish I found a little bit extra and the guys had been working really well all day so it was good to finish it off in the end.”

An initial four-rider break established early in the 175km stage but was pulled back ahead of the first categorized climb in the opening 50km.

Over the top a secondary move of four was allowed to form as the day’s main breakaway, albeit with an attentive peloton keeping a close eye on their advantage.

The race was back together for a short 2.4km, 5.8% average, classified climb that peaked with just five kilometers remaining. Despite threatening to break up proceedings, it held together for a fast decent to the finish and narrow victory for Ewan.

“Jens Mouris did pretty much all the work all day on the front,” Ewan said. “He had help from one of the Avanti guys but he controlled it pretty well by himself. There was a few times were he got dropped a bit but then came back to the front so he was really impressive today.”

“In the end, I lost the guys as they came from behind and I missed their wheel, but with 500m to go I got back on Adam Blythe’s wheel and he led me out.”

Sport director David McPartland acknowledged the danger of the final ascent for ORICA-GreenEDGE’s stage objectives, but was pleased with the manner in which the team rose to the challenge.

“That final climb was definitely the biggest threat for us today,” McPartland said. “I was confident in our guys because they are all in really good shape but I was expecting really aggressive action.”

“It was, it was hard and they were going pretty much full gas over the top of it but at the end of the day we weren’t threatened in a massive way.”

With just one small, categorized climb in the first 25km, tomorrow’s 193km stage six is also expected to conclude with a bunch sprint. 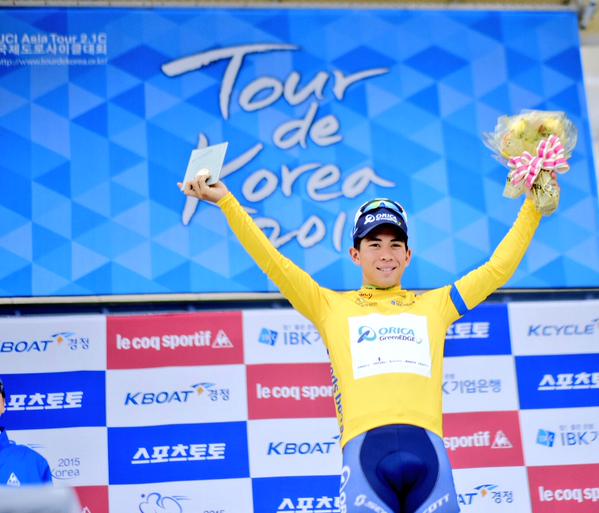