Ai Weiwei’s “Forever” Bicycle Sculpture to be Installed in London 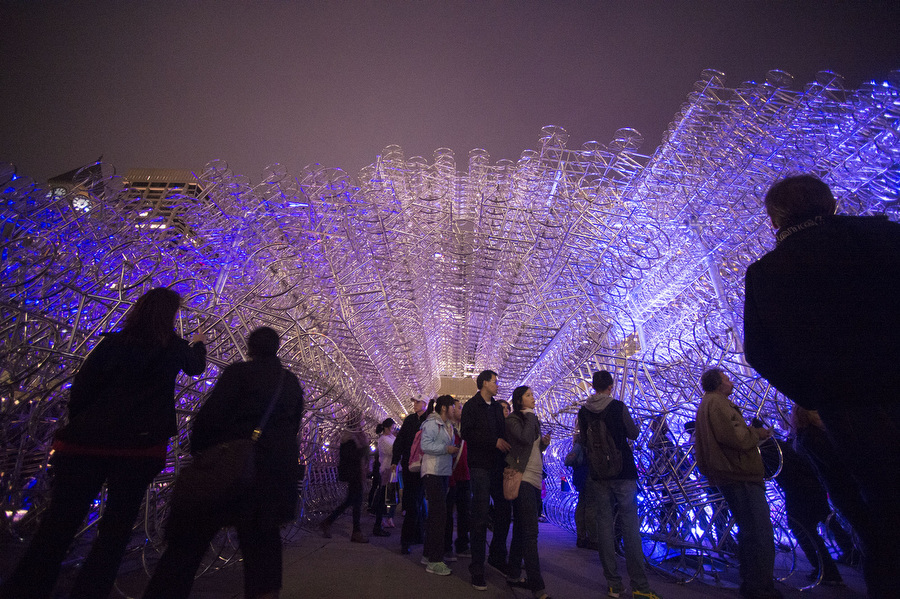 Ai Weiwei’s new Forever sculpture is scheduled be installed outside London’s Gherkin building next month. The piece is formed of hundreds of steel bicycles, joined to form geometric frames and layers.

This newly designed, monumental artwork is part of Ai’s series, refers to the famous ‘Forever’ brand of bicycles that have been mass-manufactured in Shanghai, China since 1940. Once abundant on the streets of the Chinese cities, the surplus of bicycles are steadily dying out and being replaced by cars. The stainless-steel bikes are configured in ever-expanding modular shapes and layers of geometrically stacked and fused individual frames to create one large structure, a structure that echoes the layers and intricacies of the people and communities of China. Standing in front of London’s iconic Gherkin building, the work suggests a congregation of people or a massing of humanity – mirroring the daily hustle of the City of London, and its workday population nearing half a million people.

These are mostly objects that relate to my small world. For example, the Forever bicycles were a brand from when I was growing up. In our village there were no real roads and we always had to ride bikes to carry things. I thought they would be a good public sculpture because people relate to bikes. They’re designated for the body and operated with your body. There are a few things today that are like that.”

The piece will in place between 4 and 13 September 2015 as part of the City of London’s Sculpture in the City program.