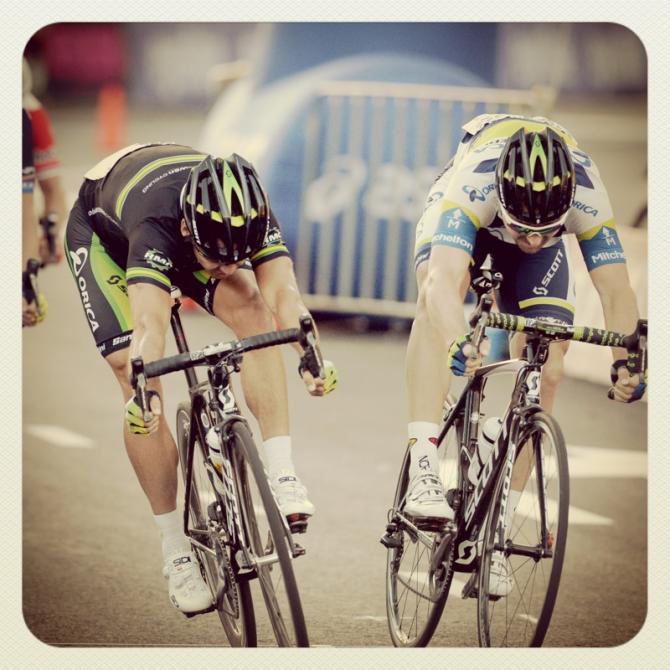 Coming out of retirement proved to be a worthwhile decision for Robbie McEwen – as he won the 2013 Subaru Australia Open Criterium in Noosa, Australia today. Today’s victory marked the second year in a row that the Aussie rider has won the event.

McEwen once again demonstrated his bike handling prowess – as he negotiated his way through the filed to clinch the final sprint by a hair over Leigh Howard and Jonathan Cantwell.

Today’s race was highlighted by routine accelerations and acts of aggression from McEwen, Howard, Sagan, Cantwell and Luke Durbridge and others. However, Sagan’s performance  faded toward the end of race – only netting the Slovakian rider a seventh place finish. Still, to the delight of 20,000 spectators, he commerced his signature post-race "wheelie" alongside  McEwen.