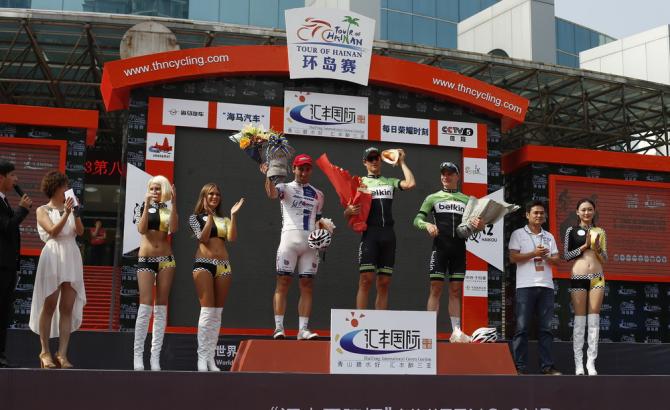 Zhang Jingwei from the Hong Kong team kept the blue jersey as the best Asian rider for the second stage.

Bos said he was very pleased for winning the second stage after being absenced from many games .

"Winning is always nice but winning after a long drought is even sweeter," said Bos, whose last victory was stage 1 of the Ster ZLM Toer in mid-June.

"It’s not been an easy period for me but it’s nice to be back with a victory."

"My intention was to take as many seconds bonus as I could," echoed Hofland.

“There were many attacks at the beginning but no breakaway, so I could go for the first two intermediate sprints."