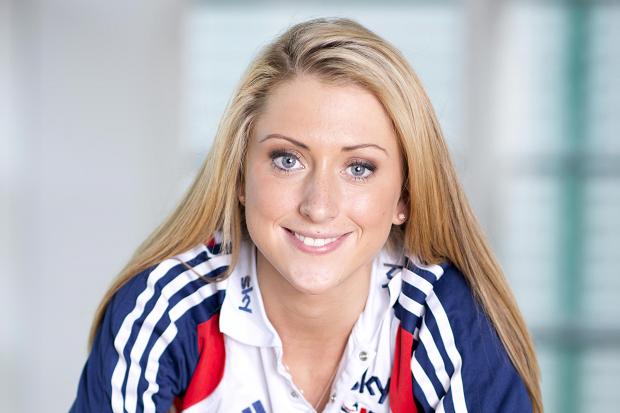 During their qualifying ride, the team took three seconds off their own record set in Apeldoorn two weeks ago.

In the final race that evening, with Canada chasing, Trott, Dani King, Joanna Rowsell and Elinor Barker slashed another four seconds off the record, lowering it to 4:19.604 minutes.

"No idea!" Barker said when asked where the team’s limits were. "That’s by no means our best team. Jo’s had a bad year, she’s had her tonsils out and she broke her collar bone. We’ve all had a little bit of illness in the last week, Laura had a crash last week in the Euros and we didn’t think she’d ride at all."

The team is now several seconds clear of their closest rivals

A silver medal was awarded to Victoria Williamson and Becky James in the team sprint. The pair was  beaten by the German duo of Miriam Welte and Christina Vogel.

"Before the European starts." Williamson said. "At the Euros I did the sprint and kierin so it was a bit of a shock to be thrown in, but at the same time it’s an opportunity for me."

Kate Archibald furthered her international track credentials with a silver medal in the scratch race. Two weeks after making a successful debut with the British team pursuit squad at the European championships, Archibald, was one of four riders to gain a lap on the field. She was beaten in the final sprint by Malgorzata Wojtyra of Poland.

The men’s team pursuit resulted in a similar outcome – albeit after a much closer race. Great Britain won the gold ahead of their traditional rivals – Australia.

"This is the real start of Rio," said team captain Ed Clancy. "Everyone’s picking themselves up after the Olympic hangover. We didn’t set the world on fire, but we did all right. It was a great ride in qualifying, we just didn’t quite back it up in the final, but it was our third weekend on the bounce after Apeldoorn and the Revolution."

A silver medal came courtesy of Victoria Williamson and Becky James in the team sprint. The pair were well beaten by the German pairing of Miriam Welte and Christina Vogel but came to the event with little specific training. "Before the European starts." Williamson said. "At the Euros I did the sprint and kierin so it was a bit of a shock to be thrown in, but at the same time it’s an opportunity for me."

Britain’s final medal was earned in the men’s team sprint as Philip Hindes, Jason Kenny and Matthew Crampton, beat New Zealand by less than a tenth of a second. The Germans won the gold.