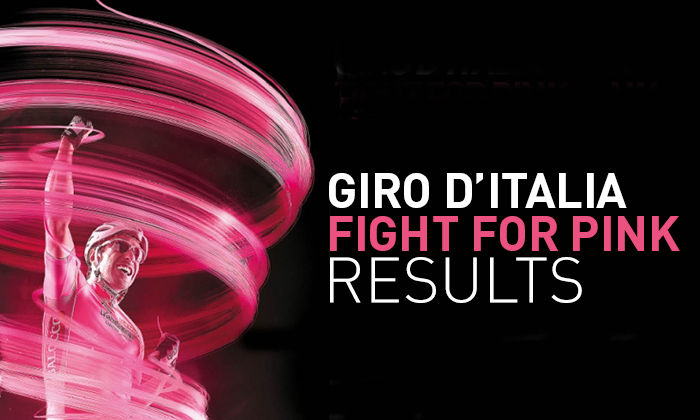 After three weeks of racing, and covering more than 3,444 kilometers through parts of Northern Ireland, Ireland, and Italy, the 2014 Giro d’Italia was received with an immense following this year.

0 – Europeans wearing the Maglia Rosa. For the first time in history, a grand tour event has not had a European rider leading at any point during the race
3 – Nations crossed: Northern Ireland, Ireland, and Italy
5 – Continents in which the Giro was followed on TV
6 – Counties traversed in Ireland
21 – Days of competition
24 – Age of winner Nairo Quintana
30 – Different nationalities of riders at the start of the Giro
42 – Vehicles in the Giro d’Italia caravan
43 – Italian provinces crossed by the Giro
156 – Riders who finished the Giro
171 – Countries in which the Giro was broadcast daily
198 – Riders starting at the Giro’s Grande Partenza
1,200 – People traveling daily with the Giro d’Italia, between members of the organization, teams, and media
1,805 – Media accreditations handed out
3,444.4 – The race distance in kilometers
5,000 – Daily tweets with the hashtag #giro (on average)