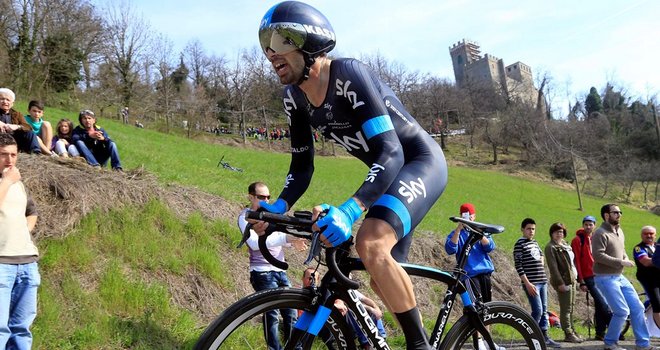 Despite only finishing 22nd in today’s stage, Kennaugh still managed to top the general classification by 12 seconds to win the first stage race of his career.

Meanwhile, Cataldo’s win moved him up from third place into second in overall GC, as Team Sky rounded out the podium with 1st and 2nd place after a dominating performance in this year’s race.

Matteo Rabottini claimed the final spot on the podium by finishing second in today’s stage – eight seconds down on Cataldo’s winning time of 16min 28sec.

Alexander Foliforov led for most of today’s ITT with a time of 16min 46sec. However, as some of the big GC contenders tackled the course, his benchmark began to fall.

Indeed, Diego Rosa was the first rider to surpass Foliforov’s time, followed by Rabottini who was an additional 4 seconds faster. Cataldo sealed the win shortly thereafter, by reeling in the 18 seconds he needed to bypass Manuel Bongiorno for second place overall.