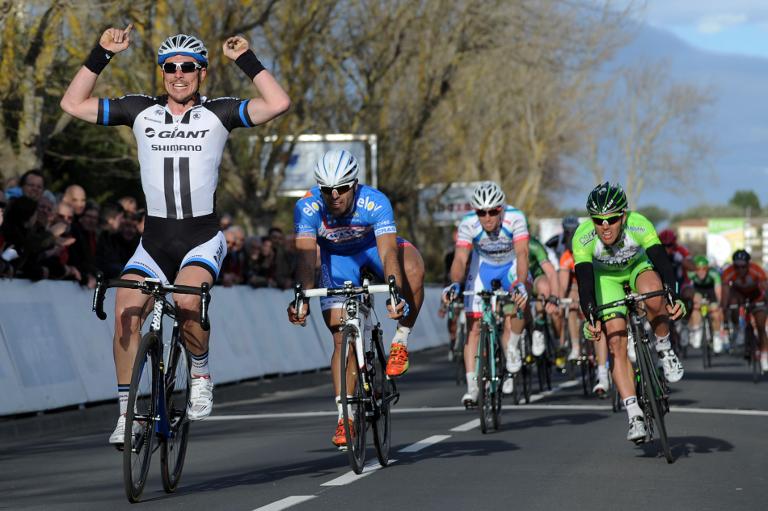 The German rider was part of a group of 40 riders at the front peloton that lead the chase to reel in Fabio Duarte and Cyril Gautier on the descent of the Petit Galibier.

Today’ stage was a 170.6 kilometer route from Cadolive to Rousset, that featured the challenging hors categorie climb of the Petit Galibier – 25 kilometers from the finish.

Early in the stage, a two-man breakaway group consisting of Andrea Zordan and Evaldas Siskevicius got underway. However, after Florian Vachon succeeded in bridging himself to the duo, the rest of the peloton was quick to catch them.

Shortly thereafter, Jussi Veikkanen launched a counter-attack of his own, with only Jarlinson Pantano as able to follow him.  And, at one point, the pair succeeded in building up a substantial lead of 8 minutes over the peloton – for the next 25 kilometers.

With the second major climb of the day quickly approaching, Degenkolb ushered his Giant-Shimano team to the front. From there, they steadily reduced the escapee’s gap to about half – as they reached the top of the climb.

Earlier, Pantano won the sprint points on both of the first category 3 climbs, while Viekkanen claimed the intermediate sprint. However, their dominance came to an end on the climb of Petit Galibier.

Indeed, Fabio Duarte initiated a counterattacked on the ascent – going clear with Cyril Guatier, while Pantano followed in third.

However, all three riders were swallowed up on the descent by the fast moving peloton that was once again being driven by Degenkolb and his team.

With 10 kilometers remaining, a determined Romain Sicard commenced an attack – which was quickly followed by Yuri Trofimov. And, for a brief moment, the duo enjoyed a slight lead over the field.

Once again however, the fast moving peloton caught up to, and subsequently swept past the escapees –  with Degenkolb perfectly nestled in the bunch.