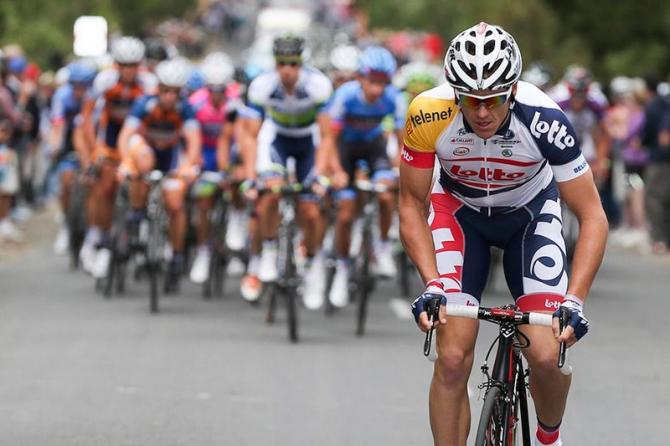 Organizers for the 2014 Tour of Alberta, announced the details for this year’s route, which will feature more than 700 kilometers of racing from Calgary to Edmonton.

“We’ve reversed the overall route to start with a bang in Calgary at Canada Olympic Park,” said Duane Vienneau, the event’s executive director. “We’ve got a few new twists in the route. Overall, it will be a race made for speed.”

This short 4-kilometer course within Canada Olympic Park starts flat and finishes with more than 100 meters of climbing in the final 1.3 kilometers.

The peloton will take on six hilly laps that include the Stafford Drive climb, which has a 15 percent maximum grade. With only 5.5 kilometers to the finish after the climb on the final lap, this race may not only determine the stage winner but could also create time gaps in GC.

Two circuits around Sylvan Lake will lead into three tough circuits and a finish in Red Deer’s city center. During the inaugural race in 2013, the race featured the same short, steep climb up Red Deer’s 55th Street which helped a breakaway stay away.

This course has the potential to be deceptively difficult, due to prevailing crosswinds on the open roads. The peloton will race west to the Edmonton Garrison for a circuit finish on an airstrip.

Stage 4 is the most technical of this year’s Tour of Alberta. This winding course contains six sections of Canadian “pavé” and three sections of dirt roads — five kilometers in total. The stage finishes in Strathcona County with the tightest and shortest finish circuit of the race.

The peloton will race 11 laps over an 11-kilometer circuit that features a short but steep climb out of the river valley up Bellamy Hill Road. The stage will start and finish at Churchill Square.

Full maps and profiles can be found at: www.tourofalberta.com/news

Participating teams at the 2014 Tour of Alberta: